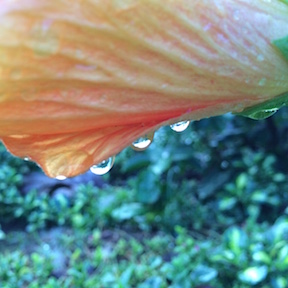 For most of us – today – February 7 – is probably best known as the Fifth Sunday after Epiphany, right? NO? Well, it’s not exactly a high holy day – but it has some import as the last Sunday in the season of Epiphany – with next Sunday being Transfiguration, and the one after that – the First Sunday in Lent. Still not a big deal in your mind?

Perhaps, for a few others, today has some other importance. They may refer to today not so much by the liturgical calendar but, instead, to something entirely different. Some folks actually call today, “Superbowl Sunday.” Maybe you have heard of this – somewhere along the way.

All kidding aside, even though I have very little interest in either team in today’s “Grand Finale” of football – I love the snacks, love the commercials, and love the half-time show, so I think I’ll watch the game.

Actually, I do LOVE football and hate to see the season coming to an end. During the season, I will watch almost any game – college or professional – just because I love the sport. I think it’s something I picked up from my Dad. He would be watching one football game on TV all the while wearing an earphone attached to a transistor radio – tuned into another game entirely. It was one of the few things we shared – a memory I shall always treasure.

Now, if you are a regular viewer of football – you know the game does not flow smoothly like basketball or soccer. Football games seem to start and stop for no apparent reason – especially to those who are new to the sport. There are pauses between each play. And then, there are interruptions for injuries, or penalties, or the regular occurring commercial breaks. But sometimes breaks are called by the quarterback or the coach for a very specific reason. Usually the moment is very tense, the play clock is about to run out of time, or there are too many players on the field, or something just doesn’t feel right – and someone calls a Time Out! All action stops, the players get a break, and we run for snacks as the television cuts to commercial. Typically, during the “time out” a very specific need is addressed. It’s focused time. A problem is solved. A sense of order is restored. And then the game resumes.

I offer the “Time Out” as a kind of metaphor that was lived by Jesus in today’s very interesting story of healing or liberation from disease. That notion may seem a little far-fetched but hang with me for a moment and see if you don’t agree.

Certainly, our setting in Mark is very different from that of thousands filling the grandstands of a football stadium – although it does say that the “whole city lined up at the door!” And rather than the Chiefs or the Buccaneers battling it out, Jesus came to the home of Simon Peter in order that he might heal his mother-in-law.

The scriptures tell us he “raised her up” using the same word as is used in Jesus’ resurrection and immediately she began to “serve” them. The word used is “diakonia” from which we get our term “Deacon.”

The role of the Deacon is to serve. This verse is sometimes criticized because the first thing she does after being healed is to wait upon – or serve – those present. I understand the criticism, but I think that misses the point. What happens through this miracle of Jesus is Simon Peter’s mother-in-law is liberated of her illness so she can fulfill her vocation. Her calling is to serve. In some sense, she is a deaconess. That’s what she lived to do. She couldn’t do that when she was gravely ill. Liberated for diakonia – she was raised, once again, to her true calling.

After witnessing this miracle and others like it, the crowd went nuts. Much like the victorious team when the final seconds of the game are over – Jesus was heralded as a hero. The MVP as it were.

He could have stayed there and received all the glory that comes with such a victory – but, instead, Jesus did something that is uncharacteristic of most of us with fragile egos. He called a “time out.” Slipped away into the night. Found a secluded spot – and prayed. [Pause]

The disciples were beside themselves with worry. They didn’t know where he went or what he was doing and searched frantically for him. Upon finding him they said in exasperation, “Everyone is looking for you.”

There’s a lot in this story that clamors for our attention, but I am particularly drawn to Jesus’ obvious need and intention in seeking a “time out.” Amidst all the action, the excitement, the marvel, and thrill of the crowd – and amid the escalating demands that were coming to Jesus – he called a “time out,” stopped the action and slipped away in order to reconnect with the source of his being – by spending time in prayer. His action was very intentional, focused, and something he knew he needed to do in order to restore a sense of order, get his priorities straight, and resume his ministry.

What an amazing example of how to live life then – and now. “He went out to a secluded spot and prayed.”

His was not the public display of the scribes and Pharisees, who loved to be heard out in the marketplace as they offered eloquent prayers garnering the admiration of others for the depth of their piety. No, Jesus prayed alone – perhaps in silence, maybe in tears, simply seeking the presence of his Heavenly Father – the one with whom he knew he needed to spend his time away – his “time out.” It was the only way he knew he could be raised up for his diakonia – his service to humankind. [Pause]

For many of us this past year has seemed like one long – Time Out! Weary of isolation, cancelled trips, and life put on old – we’re tired of “time out.” We want to resume play, get our vaccinations, reengage in our social life, and get back to normal as quickly as possible. But I wonder if we might not me missing a valuable lesson if we try and rush back too quickly to the way things were. Do we really want to go there?

I wonder if this forced “time out” might be trying to teach us something that Jesus demonstrated in the way he lived his life? [Pause]

Life moves by quickly, doesn’t it? I can hardly believe it’s been almost a year since Randy and I moved to Hawai`i to begin a new ministry among you. A whole liturgical year has come and gone, and I have repeatedly found myself frustrated that I have not done what I came here to do. But what of that – and what of each one of our lives? What is this “time out” inviting us to see and understand about life – our life – our church – our world? What ought to be our focus in order to prepare for what lies ahead?

Let’s not miss this opportunity. It is, indeed, a gift. The gift of this “time out” is not for us to run to the fridge and get a snack or to fill our time up with something else. Rather, it is a time to be still for a moment – perhaps to move to a secluded place – and to pray. Simply to listen for what God is trying to tell us in this deeply troubling time. To focus our attention and get our priorities straight before moving forward. [Pause]