“We Are To Welcome All”


The Color Purple was written by Alice Walker and published in 1982. In 1983, the book received the Pulitzer Prize for Fiction and the National Book Award for Fiction. 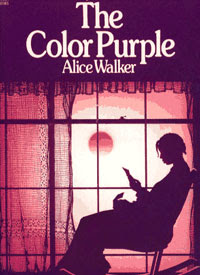 It was listed by the American Library Association as number seventeen among the 100 Most Frequently Challenged Books between the years 2000 and 2009 because of its explicit content, particularly in terms of its violence. It should not surprise anyone that a book about a poor, uneducated 14-year-old African American girl growing up in rural Georgia in the 1930s who writes letters to God in order to cope with physical violence and sexual abuse was destined to generate its share of controversy.

In 1985, Dutch screenwriter Menno Meyjes did the screenplay for the film version of the book. It was directed by Steven Spielberg and featured actors Whoopi Goldberg, Danny Glover and Oprah Winfrey in lead roles. It was nominated for 11 Academy Awards but won none.

I read the book. I saw the movie.

There is a scene in the movie with two of the main characters – Shug and Celie – walking below a church set on a hill. I do not remember if Walker included the scene in her book, but Meyjes includes the scene in the film.

Celie hears the congregation singing a hymn. She makes a comment wondering what it would be like to worship with the people gathered in the church fully aware that it is a segregated church. Shug tells Celie that it’s not likely that they would ever be let in the front door and then explains, “God’s been trying to get in there for a long time.”

It is an unsettling scene but hopefully for all of us today, we would like to believe that in all of our worshipping communities, all are welcome and that our doors are open. Perhaps, however, as the Rev. William Goettler, Assistant Dean for Assessment & Ministerial Studies at Yale Divinity School in New Haven, Connecticut notes, closed doors may be more familiar than we want to admit. (Feasting on the Word, Year A, Volume 3, Bartlett & Taylor, Westminster/John Knox Press, 2011, page 190)

We have polite conversations about the schools our children attend and the neighborhoods in which we live. But beneath the polite conversation, we make distinctions wondering if there is even a political perspective that one really needs to subscribe to that will prompt us to be more open to one another.

We wonder if there is a norm for a family model or for a sexual identity that must be made clear before we are willing to fling open the doors of our hearts let alone the doors of our churches. (Op. cit.) We know that if we are not careful, the distinctions we make can easily become the source of our prejudices. Such distinctions are coded in the non-discrimination employment policies we see in civil society – race, color, creed, religion, sex, gender, national origin, citizenship, ethnicity, marital status, sexual orientation, gender expression, and military status.

Our reading from The Gospel According to Matthew compels us to consider the ways in which the distinctions we make can easily affect the quality of the welcome we offer to others. In Greek, the word translated welcome might better be translated as receive. (Seasons of the Spirit, Seasons/FUSION, Pentecost 1 – 2014, Wood Lake Publishing, Inc., 2013, page 48) Some translations speak about who “receives” Jesus while others speak about who “welcomes” him. Whatever translation is used it becomes clear that whoever is doing the receiving or the welcoming is offering much more than mere hospitality.

“Dare we preach that this is good news?” Goettler asks. “We can imagine that it is good news to those who have been previously shut out, those who in the past have been made to feel unwelcome. It will take more than a bit of grace for the stranger to be willing to risk approaching the church doors that have previously been closed.” (Feasting on the Word, Year A, Volume 3, Bartlett & Taylor, Westminster/John Knox Press, 2011, page 192)

“Jesus insists that although we might pretend otherwise, we are not the gatekeepers of the community of God.” (Op. cit.) It is not our job to stand at the door of the church and decide who gets in and who doesn’t. Our work is to welcome and to receive all who come – to offer our aloha and to give a cup of cold water.

In welcoming one another, we welcome Jesus and in welcoming Jesus, we welcome God. Shug reminds us in The Color Purple that that is one of the reasons we are all here. Walker writes her book, “Shug say, ‘Celie, tell me the truth, have you ever found God in church? I never did. I just found a bunch of folks hoping he (sic) would show. Any God I ever felt in church I brought in with me. And I think all the other folks did too. They come to church to share God, not find God.” (The Color Purple, Alice Walker, 1982)

Towards the end of the week, a young couple stopped by the church office. I was at my desk in another room. I could not see them but I overheard their conversation with our office staff about our Sunday services that went something like this:

“We were just checking to see about your services on Sunday. We wondered if it would be okay for us to attend?”

If you were that young couple, welcome.