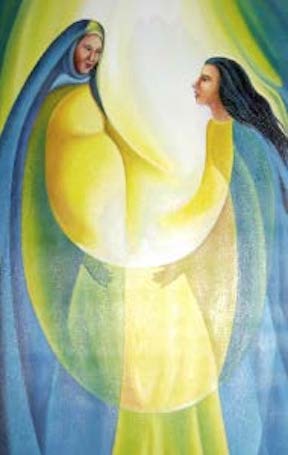 It was the Swiss-American psychiatrist, Dr. Elizabeth Kübler-Ross who popularized, through her widely-read book, On Death and Dying, the idea of a linear progression of loss and grief. Although her research had very little empirical data to support her writing, her ideas did gain a fair amount of traction on the “stage theory” of loss. In some ways, they helped those grieving gain much needed solace as they could point to some form of external validation that helped explain what they were going through. Kübler-Ross’ theory gave those in the midst of grief a sense of hope – that there was an end to all the sadness they felt as they progressed from stage-to-stage.

But the theory can and has been misused or over-applied. Some became so wedded to the idea of a neatly ordered stage progression of loss and grief, that there was no room for deviation. Worse still, expectations were sometimes projected onto the grieving individual insisting that one must follow the progression or “you’re just not grieving right.”

I’ll never forget my personal experience of just how hurtful this absolute enslavement to the theory can be. The incident occurred at the reception following the memorial service of my first partner. I was beside myself with grief. My partner died at such a young age and so suddenly and unexpectedly. I was simply trying to make it through the reception and get home when this well-meaning young woman from my congregation, who was obviously familiar with Dr. Ross’ work, came running up to me and asked, “So what stage of grief do your think you in right now?”

I wanted to say, “anger,” and punch her in the nose – but that wouldn’t be very pastoral of me, would it? I can laugh about it now – but not at the time.

So, while I will not embrace Kübler-Ross’ ideas without qualification, neither will I dismiss them completely. She WAS onto something. There IS a kind of progression that we experience when faced with loss. And it CAN sometimes follow her progression of: Shock/Denial, Anger, Bargaining, Depression, and finally Acceptance, but it can also be much less linear as we loop in and out of previous stages, and it NEVER follows a specific timeline.

I think the same thing can be said of interruptions in our lives. Especially those that are life changing. And that’s precisely where we find Mary in today’s lessons. The two stories we just read are a case in point. But we may have to dig a little to understand. [Pause]

Almost all the artist depictions of Mary surrounding the Christmas narrative do us a disservice in understanding the predicament in which she found herself. Typically depicted as a demure, fair-skinned, Anglo-presenting young woman, it’s hard to get past the blue cape and halo to see exactly what is going on with her emotionally as Gabriel shows up at her door announcing the fact that she is about to become Theotokos – the Mother of God. Talk about an interruption.

After Gabriel’s dramatic entry and “Annunciation” as it is referred, Mary – understandably – exhibits shock as she responds, “How can this be?” She continues, “Since I am a virgin,” or more accurately translated, “I do not know a man.”

She eventually comes to some form of acceptance (in just a few verses of scripture). We are given to believe that her “acceptance” phase is complete when she says, “Here I am, the servant of the Lord; let it be to me according to your word.” [Pause]

Every time I read that, I think to myself, “Really?” “Okay, maybe.”

But how did she get there? What was the progression of her thought or processing she went through to go from the shock of the announcement to the resignation or acceptance before the angel departed? She surely didn’t have enough time to go through all of Kübler-Ross’ proscribed stages. [Pause]

The only thing we know that happens is a few additional words from Gabriel about the Holy Spirit stirring – and Elizabeth undergoing a similar situation. But THEN, the angel offers a phrase that demands a little more of our attention. It’s one that says whole lot about God and invites us to ponder our personal understanding more deeply.

The phrase is simple yet very powerful, “For nothing will be impossible with God.” The phrase not only describes her current state – but also the tremendous reversal to which Mary attests in today’s second reading – that we call the Magnificat. [Pause]

By now, I think you know me well enough to understand why this phrase (and this in-between state in which Mary finds herself) is so intriguing to me. Neither my faith nor my theology is “black and white.” I rarely land on a “right or wrong” on most anything. I’m the kind of person who insists that we examine both or all sides of an argument, decision, or idea before moving in a specific direction or understanding. I like open-ended rather than closed and decided. So, I prefer to think that Mary needed some time to process what was happening to her in this “holy interruption” that was about to change the entire trajectory of her life – and human history.

In fact, I am convinced, that The Magnificat has been misplaced in our codification of scripture. I think it was originally sung by Mary shortly after Gabriel states, “With God all things are possible.”

Think about it. It is in THAT moment – in that Holy Interruption – that God inspires Mary. It’s as if all the virtues we have been pondering during these weeks of Advent of pono, kuleana, and mālama coalesce in this one amazing moment of aloha and Mary experiences a deep inner sense of knowing as she sings her song for all the world to hear. “My soul magnifies the Lord, and my spirit rejoices in God my Savior.”

She had NO idea what she was singing. Because God was singing through her. And as she sings, she realizes, not only is the world about to turn – so was her life – and it’s ONLY then – that she could hear Gabriel’s words “NOTHING will be impossible with God.” Only then could she ultimately say, “Here am I, servant of the Lord. Let it be with me according to your word.” [Pause]

We come today to this fourth Sunday in Advent. And we have been reflecting on how the world is turning, and turning, and turning. In some ways, the turning has been disturbing. In other ways we see it turning for the good. Some of us have been forced to turn or lean into grief. Others are turning within, bewildered about the future.

Perhaps we need to hear Gabriel’s voice once again. Hear the aloha of God – coming through those words. For aloha means more than just “loving-kindness.” Like Gabriel’s phrase, “nothing will be impossible with God,” they offer compassion, mercy, sympathy, and grace.

Like Mary, in order for us to understand the ways of God in our lives, we must yield, let go, and open OUR spirit to the Holy Spirit that longs to stir within and provide strength and courage for the journey.

In all the turning. Through every interruption. Wherever you are in life today – I pray Ke Akua blesses you, Me ke aloha pumehana. It is that stage of acceptance, I promise, will make all the difference in your life.