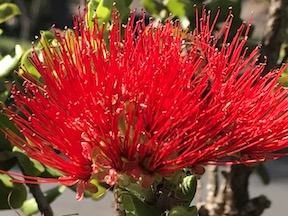 “Now a new king arose over Egypt, who did not know Joseph.” With that simple phrase we continue in our story of Israelite history as we leap-frog several hundred years into a whole new era and governing structure in Egypt. It doesn’t seem possible that any leader could have taken the position of Pharaoh or King in Egypt and claim NOT to know Joseph. Joseph was famous both for his dreams AND for his wisdom in guiding all of Egypt through the infamous 7-year famine. His guidance saved the lives of thousands of Egyptians and other immigrants living in the land. He was given so much authority and respect that it is safe to say – EVERYONE in Egypt knew Joseph as stories of his life were often repeated – but apparently not this new Pharaoh.

The new Pharaoh wanted all attention focused on him and all the power for himself. He became initially concerned and later paranoid that the Hebrews (the descendants of Joseph) were producing children at a much faster rate than the Egyptians. He feared, in the event of a war, the Hebrews would join forces with the Egyptian enemies and would side with them as they fought for their OWN liberation. So, he “tightened the reins” to ensure this would never happen. Frightened that he might lose complete power, he decided to enslave the Hebrews, forcing them into years of hard labor, building more Egyptian cities in order to reassure himself of his own dictatorial power.

Narcissistic or paranoid leaders do not always make wise choices. But, they WILL do everything they can in order to try and maintain complete control – as fear becomes their primary motivator.

Despite his unbridled use of dictatorial power, Pharaoh’s plan didn’t work. The more the Hebrews were forced into unmerciful subservience, the stronger they became – AND the more children they produced. So, the paranoid Pharaoh went ballistic – and attempted a more subversive approach. He tried to enlist the help of the Hebrew midwifes – Shiphrah and Puah. He attempted to intimidate them into doing his dirty work by commanding them, when they were called upon to assist the Hebrew women in childbirth, to kill the boys. The girls they were permitted to survive – but not the boys.

And here’s where the unexpected occurred. You would think these immigrant midwives – Shiphrah and Puah – would have been frightened to the core and done exactly what the King commanded. Not to do so could result in their own death – if they got caught – and this King seemed to have eyes everywhere.

But, I suppose, there is eventually a tipping point when one comes face-to-face with dictatorial – paranoid – narcissistic – leadership, that a shift occurs. Enough people begin to realize that the leader is crazy. To listen and follow any longer would bring further harm not only on their people, but to the whole nation. Egypt was in big trouble. This great civilization – that had become the envy of all others – was beginning to tumble. The people realized that they were in a fight for the soul of their nation and they refused to heed the King any longer. It was into this situation that Moses was born. [Pause]

The story may be familiar to you. Shiphrah and Puah refused the king’s demands – by not fessing up to the complete truth – they claimed that the Hebrew women were so vigorous they gave birth before the midwives ever arrived.

All the women knew of Pharaoh’s demands so when Moses was born, his mother put him in a waterproof basket – and set him in the river while his sister, Miriam, watched from a distance.

It was Pharaoh’s daughter who discovered the baby. She picked him up and took pity on him. Miriam intervened and offered to find a Hebrew woman to nurse him – a task for which Pharaoh’s daughter was even willing to pay. In what had to have been, “A God Thing,” Miriam took the child to his own mother – who nursed him until he was old enough to be given back to Pharaoh’s daughter – as another painful act of love was done to save the life of her son. [Pause]

These five women – Shiphrah, Puah, Moses’ mother, Miriam, and Pharaoh’s daughter are 5 Courageous Women or what author Barbara Essex refers to in her new book – were some of the “Bad Girls of the Bible.” I find their story fascinating. Both their courage and their tactics are an incredible testimony of those willing to risk everything in order to do the right thing. We don’t often spend very much time pondering the strength of biblical women – but maybe this story gives us that opportunity to notice – and to wonder what we might do in similar circumstances. [Pause]

There is a sense of desperation in their covert method of saving lives. It is in-part, maternal instinct, I suppose. But, I believe, there is something more going on here. There was something much deeper that motivated them to do what they knew that had to do – dare I say, “what God called them to do.”

What we see in this story are two opposing forces. While we don’t know very much about the support he received, the Pharaoh-King of Egypt was primarily concerned about one thing – himself – his power – that it would be unquestioned – that it was absolute – AND he would stop at nothing in order to maintain it. Israel – became a threat to the king. With the birth of each new baby boy the king imagined his power eroding – which nearly drove him mad. And, he knew what he had to do to maintain complete control. Or, at least he thought he did. [Pause]

So interesting how a very similar story was integral to the birth of Jesus in the New Testament. Upon the visit of the Magi – who initially came to King Herod wondering where they might find this new infant King so they could bow in reverence – Herod went nuts. No one was permitted to rival his power, and since the Magi did not return to let him know where this rival could be found – that he, too, might go and “bow in reverence,” he took a page right out of Pharaoh’s Paranoid Playbook and decided the only way to solidify and guarantee his power was to get rid of all possible rivals – and ordered all the male babies under the age of 2 be slaughtered. As I said, paranoid leaders do not always make wise choices – in fact, they rarely do. They, instead, resort to scapegoating – as they project their own pathology on some of the most vulnerable and then do whatever is necessary to get rid of them. [Pause]

In a classic battle of “Good vs. Evil,” we are introduced to these “5 courageous women” who are seemingly empowered by God so that God’s plans will not be thwarted. The harder Pharaoh tried to destroy the Israelites – the more brilliantly they worked to subvert Pharaoh’s intentions. And God intervened in the most remarkable way. [Pause] Unjust and immoral leadership simply does not fit in God’s plan for humankind.

I wonder how the Truth this story contains might affect your life. We are constantly being confronted with situations of good vs. evil, and truth vs. outright lies. Changes in leadership at all levels and in all organizations occur on a daily basis. And granted some changes are bigger than others. What we have to keep in mind is that while we may not always be able to control every situation in our lives due to changes in leadership – we CAN control our response. And, these 5 courageous women show us that if it is of God – anything is possible.

Finally, take note, who are the primary authors of this brave endeavor we read about in today’s story? It was Shiphrah and Puah – two Hebrew midwives – immigrants to Egypt – marginalized in every way. Yet it is the role of the midwife to assist in the birth of a newborn – in this case Moses – the one who would eventually lead the Israelites to freedom and the Promised Land. Might that also be a metaphor for our lives. If nothing else, it prompts the question, “What might God be trying to birth in your life?” And, who or what is assisting you in that process?

We worship the God named Emmanuel – the God for whom all things are possible, the God who can turn 5 courageous women into exactly what is needed to change the course of human history. What might this same God be trying to birth in your life?

In the silence of these next few moments, I invite you to being imagining the possibilities.