I woke up early New Year’s Day to make my way from my home in Wailuku to the church here in Mākena for an early morning memorial service. Kiko, my dog, lay comfortably on the back seat as we drove along Hono-a-piʻilani past Wai-kapū.

I looked across the isthmus towards Hale-a-kalā and noticed a constellation of stars that appeared in the form of a cross between a square and a trapezoid. As we made the turn south onto Piʻilani and approached the National Wildlife Refuge at Kealia Pond, the stars came into sharper focus.

I am not a stargazer. Any aspirations I may have had to become an astronomer were dashed to bits when I saw the 1948 film noir, Night Has a Thousand Eyes, with Edward G. Robison playing the leading role. The film, directed by John Farrow, was based on a novel written by Cornell Woolrich.

Those who study film and film history know Night Has a Thousand Eyes is the story of a night club fortune teller whose bleak predictions all prove to be accurate. I do not remember any of the details of the storyline. All I remember was the title and the enormous fear and dread I felt when the camera turned upward to a night sky filled with stars.

You would think that I would have been in awe of that scene. But all I saw were a thousand eyes staring back. When I read Merriam-Webster’s definition of the word noir, I understood why I gave up any ambition of becoming an astronomer. Noir is “a type of crime film featuring cynical malevolent characters in a sleazy setting and an ominous atmosphere that is conveyed by shadowy photography and foreboding background music.”

I remember going on night camping trips after seeing the film with family and friends as a child and that moment when someone would insist it was time to lay back on the sand and look up at the stars in the sky. All I could see were a thousand eyeballs looking back at me.

But early New Year’s morning, I saw a bright star at one corner of the night sky with three other stars forming what looked like a lopsided square. No eyeballs – just stars shining in the clear morning sky.

The astronomers among us will point out that dazzling views of the planets await us throughout the month of January. Mars appears in the Southwest sky. Bright Venus and Mercury are huddled together. Venus will move away from Mercury and closer to Mars and a crescent moon will appear on January 21st. 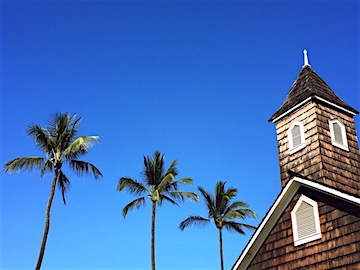 Later Jupiter will rise in the East. I was not sure what I saw looking at the Southeastern sky early Monday morning but I did find myself wondering what the magi saw centuries ago as they made the long, long journey to Jerusalem and then to Bethlehem following a star they had seen rising in the East.

Instead, there are foreigners traveling a great distance to discover what the “star sign” might reveal. They somehow know about the coming of a “ruler of the Jews” and seek help in finding him by going to the ruler of the region – Herod.

The magi, known as the “wise ones,” understand this little child to be a divine gift, a future ruler of some sort, to be worshipped and honored (Seasons of the Spirit, SeasonsFUSION, Advent, Christmas, Epiphany 2015-2016, Wood Lake Publishing Inc., 2015). For Herod, news of the birth is seen as a potential threat to his own power.

We are told that not only is Herod frightened by the news, but “all Jerusalem with him” (Matthew 2:3). No doubt he is fearful about the security of his own position. After all he was a Jewish ruler in an occupied territory and his insecurities could easily have adverse repercussions on the people under his control. It is no wonder that all of Jerusalem was troubled.

The magi conferred with Herod and his advisors and were told that the birth was to occur in Bethlehem. So they continued on their way and found the child.

A stable is not mentioned and given the time and distance that the magi had to travel, it is likely that Jesus was no longer a newborn infant when they arrived at his side and that he was, along with his mother and father, in their own home.

On this day, we celebrate their journey of discovery and what we have come to know as Epiphany. The term comes from the Greek word meaning to “appear, reveal, shine, give light.” It was the light of a star that led the magi to discover the birth of a new hope and a gift to the world.

The magi brought gifts to honor the child and in turn were given the gift of revelation in a dream. Warned that they were not to return to Herod, they returned to their own country by another road (Matthew 12:12).

Like the magi, we recall our own journey at this time each year to” see” the Christ Child. Like them, we will come to the realization and understanding that this child will grow up and will be called “the Light of the world” (Matthew 5:14; John 8:12, 9:5).

No dark shadows. No malevolent characters. No ominous music. No eyeballs in the sky.

Only the image of light as a sign of God’s glory. That light, says the prophet Isaiah, will draw people from far and near. They will bask in its radiance, be filled with rejoicing and will offer gifts to proclaim God’s praise and presence in our lives through the birth of the Christ Child (Op. cit.).