“There’s a Voice in the Wilderness”

The Christmas season comes to an end today. But for many others it literally ended at 12:00 midnight on December 26th. By the mid-morning and early afternoon on Thursday morning the lights and ornaments on many trees were being put away for another year. 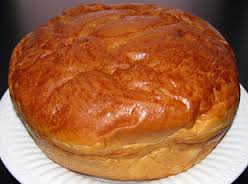 It is difficult not to feel somewhat cynical over how easily many of us become captive to the commercial aspects of the season. The marketplace seems to rule the day. I ended up buying 4 boxes of Mele Kalikimaka cards because of the 50% mark-down with the intention of going into Longs Drug Store Wailuku to pick up some Portuguese sweet bread. Later that day I bought 2 boxes of 100-count Christmas lights for $1.33 each at the Longs Drug Store in Kahului.

The shelves of discounted Christmas items were quickly emptied by other shoppers looking for a deal. No more Christmas music on the radio, no more Christmas movies on television or in theaters. It’s all done. Everything is put away and we are told it is time to recognize that this is the first Sunday of a new year and that we need to be about the business of moving on.

For some of us there is a nagging suspicion that we ought not to be so quick to be on our way because we have resolved ourselves into believing that the new year will be different. But for some of us the question remains the same year after year - What difference does it make that an infant named Jesus was born of a peasant girl named Mary in a manger in Bethlehem?

The question is always the same but as the years have gone by our answers have changed and in some ways deepened because of what we have experienced in our lives. Our reading from The Gospel According to John is seen as central to Christian history and doctrine and the understanding of a life of faith. (Preaching through the Christian Year, Year A, Craddock, Hayes, Holladay & Tucker, Trinity Press International, Harrisburg, Pennsylvania, page 70) But because its theological and philosophical thought is so immense, many are intimidated by any effort to reflect on its significance.

Amid all of the allusions, metaphors and poetry, the one verse that caught my attention appears as an afterthought. Verse 15 is printed in the Biblical text in parenthesis as if to say: “Oh and by the way, there is a voice in the wilderness crying.”

Verse 15 reads: (John testified to him and cried out, “This was he of whom I said, ‘He who comes after me ranks after me because he was before me.’”)

John’s testimony points to the radical nature of our thoughts about God, our life in the world and what it means to be Christian. It is an affirmation that Jesus is the Christ; that he is the Child and Son of God; that he is the Messiah and Savior of the world.

It is also an affirmation of the faith we confess with those who have gone before us. “The Word became flesh and lived among us, and we have seen his glory, the glory as of a father’s only son, full of grace and truth.” (John 1:14) In the birth of the Christ Child we celebrate the fulfillment of the promise of Emmanuel, that is “God with us.”

It is the eyes of faith that have seen God’s glory in the birth of Jesus, yet we know not everyone has. At the time that The Gospel According to John was written, those who were followers of John the Baptizer did not see “the glory.” (John 1:15) Neither did those who taught in the synagogue. (John 1:17)

What makes the birth of Jesus critical to our lives is how Jesus reveals to us the nature and character of God (John 1:18) and how he makes God available to us (John 1:14) in gracious ways (John 1:16). It has been said that Jesus’ statement “Whoever has seen me has seen the Father (sic)” (John 14:9) does not simply tell us what Jesus is like but what God is like, and to know God is life eternal.” (John 17:4) 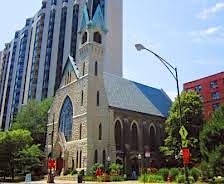 Two years before John the Baptizer’s voice was heard in the wilderness, Magi from the East set out for a long and difficult journey. Laura Sumner Truax, the senior pastor of LaSalle Street Church in Chicago, Illinois wondered:

“How did they know what they knew? The Magi,” she said, “gathered their information not from ancient text but from the natural phenomena around them. They determined that something was going on from how the stars moved and the heavens changed.” (Christian Century, Chicago, Illinois, December 25, 2013, page 19)

Truax emphasized that their calculations “came out of a process of trial and error, of adjusting and readjusting, of being willing to go in a different direction because of the unfolding information of the heavens.” And then she adds, “The . . . two-year journey was probably full of wrong turns, detours and plenty of monotonous days.” (Op. cit.)

They were not afraid to find they were off course. When that happened they asked for directions, sought clarification and adjusted their routes. This was all part of the journey.

Some of us have grown up believing that God has a wonderful plan for our lives and that God wants to let us in on every detail – what job to take and at what salary, what car to buy and what church to attend – even down to the smallest details. It is true that God is concerned with the details of all of our lives, but we know that our faith in God involves our having to take risks, to make choices and to have the courage to start moving forward.

The Christmas season comes to an end today. We have put the last year to bed and hold out hope for this new year. The Magi took a two-year journey across a desert guided by the light of a star.

As we begin this new year we give thanks that we are guided by the One who is the Light of the World through what may seem the like the wilderness of our own lives. Like the Magi, our journey may be full of wrong turns, detours and plenty of days filled not so much with monotony but with frustration, sometimes with despair, sometimes anger and sometimes sorrow.

Truax offers us words of caution for the journey. She writes: “Our plans may seem set, but just as 2013 took many of us in a different direction, so will 2014. Our job prospects may fall through or our relationships fall apart. Most of us may well end (this) year in a different place than we expected.” (Op. cit.)

Amid all that may come our way we give thanks that God has come to us through the birth of the Christ Child. What difference does it make that an infant named Jesus was born of peasant girl named Mary in a manger in Bethlehem? The difference is that wherever our journeys may lead us in this new year, the good news is that Emmanuel has come; that God is with us; that we are not alone.