Over three decades have come and gone since the day I found myself traveling to Atlanta, Georgia for a meeting of Christian clergy and lay leaders. At the time I was serving as lay delegate of the United Church of Christ, the historic Protestant denomination to which our congregation - Keawala‘i - belongs as a member church. 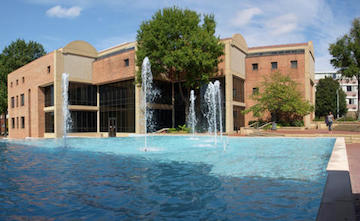 While in Atlanta we were able to visit the King Center, the national Historic Site which houses the King Library and Archives. It is the largest repository in the world of primary source materials on the life and ministry of the Rev. Dr. Martin Luther King, Jr. and the American Civil Rights Movement that began in the 1950s and culminated with the passage Civil Rights Act of 1964. The act outlawed discrimination based on race, color, religion, sex or national origin.

Like many of you I grew up during the Civil Rights Movement and I was aware of Dr. King’s commitment to end racial segregation in the U.S. through non-violent action. When I was six years old, Dr. King was recruited to serve as the spokesperson for the Montgomery Bus Boycott. Following a boycott of 381 days, the U.S. Supreme Court ruled that racial segregation in transportation was unconstitutional.

When I was eight years old, Dr. King was elected president of the Southern Christian Leadership Conference (SCLC), an organization that provided new leadership for the growing civil rights movement. Among the new leaders was a young pastor named the Rev. Andrew Young, Jr.

In the years that followed, Young served in the U.S. House of Representatives from 1973 to 1977. In 1977 he was appointed by then President Jimmy Carter as the U.S. Ambassador to the United Nations. From 1982-1990 he served as the Mayor of Atlanta.

The day we visited the King Center, he was there to welcome us as Mayor and as an ordained pastor of the United Church of Christ. I must confess that I was a little awe-struck knowing that like Dr. King, Young had committed himself to a life of service both in the church and beyond the church and that their lives of service in the service of others came at a great, great cost to their own lives. If you have been to the King Center, you know that there is a reflecting pool in the courtyard of the center.

The pool has an upper and lower level that allows for a cascading waterfall. On a facing wall of the upper level, the words of the prophet Amos are engraved: “Let justice roll down like waters, and righteousness like an ever-flowing stream.” (Amos 5:24)

Amos lived during the long reign of Jeroboam II (786-746 BCE). Israel had attained a height of territorial expansion and national prosperity. “The military security and economic affluence which characterized this [period] were taken by many Israelites as signs of the [God’] special favor that they felt they deserved ...” (The New Oxford Annotated Bible, Metzger & Murphy, New Revised Standard Version, Oxford University Press, New York, 1991, page 1170) Into this period of time steps a shepherd named Amos from a small Judean village who is tasked with the difficult mission of preaching harsh words to a people more concerned about their own well-being than the well-being of others.

Amos denounces the leaders of the nation as well as their neighbors for their reliance on military might and for grave social injustices, abhorrent behavior and meaningless piety. He is forceful and uncompromising and quickly comes into conflict with the religious and political authorities of his day.

It is within this context that the words of Amos on justice and righteousness are spoken. His words are no less applicable to the nations of the world today, including Israel and the United States.

The late Coretta Scott King said of her husband Dr. King that he believed “life’s most persistent and nagging question is ‘What are you doing for others?’ He would quote Mark 9:35,” she said, “the scripture in which Jesus of Nazareth tells James and John, ‘ . . .whosoever will be great among you shall be your servant; and whosoever among you will be the first shall be the servant of all.’”

Our reading from The Gospel According to John reminds us that the proclamations made by John the Baptizer that Jesus “is the Lamb of God” and the (John 1:29) “Son of God” (John 1:34), is based on his witness of how the Holy Spirit descended as a dove and remained on Jesus. (John 1:32) It is the Holy Spirit that gave expression not only to the relationship between Jesus and God but the relationship between Jesus and those who chose to follow him.

Two of John’s own disciples respond to his witness that Jesus is the Lamb of God; that he is the Son of God. They leave him to follow Jesus. When Jesus turns and asks them, “What are you looking for?” they reply “Where are you staying?”

Jesus said to them, “Come and see.”

They went with him and saw where he was staying, and they remained with him that day. Later Andrew invites his brother Simon Peter to join the group. As I thought about our reading this morning, I was struck by Jesus’ invitation to the two disciples of John, “Come and see.” I know that my visit to the King Center many, many years ago was to understand more fully the response of Dr. King to Jesus’ invitation, “Come and see.”

Dr. King chose to be a follower of Jesus, the one whom John declared as the Lamb of God and the Son of God. In doing so, he endured harassment, threats and beatings, and even bombings. He went to jail 29 times to achieve freedom for others and even though he knew the cost of his discipleship, he held fast to his vision of a world in which we are all brothers and sisters and our sense of self-worth is measured by the content of our character not the color of our skin.

Several years ago, when I shared my thoughts about Dr. King, a visitor responded to the morning message by telling me, “I am sick and tired hearing about Dr. King.” Bewildered, I said, “Excuse, me?” thinking he might explain what bothered him about Dr. King.

“Don’t you know he was a communist?” he added with anger and derision as he walked away. I was dismayed by his comment but I was not surprised.

Andrew Young was on the balcony of the motel in Memphis, Tennessee the day that Dr. King was shot and killed. Shortly after Dr. King was assassinated in 1968, an effort was made to have his birthday celebrated as a national holiday. A bill was endorsed eight years later in 1976. It became law seven years after that in 1983 and the first Martin Luther King Day was observed three years later in 1986.

It was not until the year 2000 that the day was observed in all 50 states. I was four months’ shy of my 18th birthday when Coretta Scott King said, “When Martin talked about the end of his mortal life in one of his last sermons, on February 4, 1968 in the pulpit of Ebenezer Baptist Church . . . he lifted up the value of service as the hallmark of a full life.”