I met an astrophysicist recently who was among other guests at a dinner a few weeks ago. I suppose the situation would be similar for someone who meets a theologian at a dinner party. In either case, how does one talk about science or for that matter – theology?

I confess I know absolutely nothing about astrophysics – what it is, what it means, or how it affects our lives and the world in which we live. For some reason I thought about black holes in space and in an effort to impress others I thought I would put him on the spot and asked, “Well, what do you know about black holes?”

To which he replied, “A black hole is ... ” That's as much as I could remember. Wouldn’t you know it! He was an astrophysicist and his field of study and research was black holes. 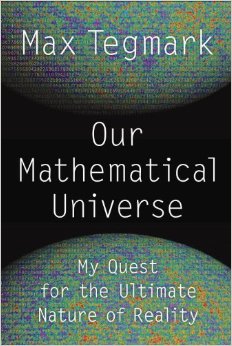 Late in the week I was listening to a radio interview with physicist Max Tegmark, the author of the book The Mathematical Universe: My Quest for the Ultimate Nature of Reality. Tegmark argues that the universe is completely mathematical.

Having argued his case the question was raised: But does the universe need math to exist? Or is mathematics simply a convenient language to describe the cosmos?

What made my speaking with an astrophysicist and my listening to a physicist fascinating to me was the ways in which I felt that their inquiry into science is an inquiry we ought to make into theology. We ought to be asking questions and seeking evidence for not only our scientific assertions. We ought to be doing the same with our theological assertions.

“So, John, when did you first know Jesus was the Lamb of God?”

To which John would respond, “I saw him one day and I saw the Spirit descend from heaven like a dove and it remained on him. It was then that I knew.”

“But how did you know and what did you do?”

“I told two of my disciples,” John added. “I told them, ‘Look, here is the Lamb of God!’ And right then and there they followed Jesus.”

But is the testimony of John about the Spirit of God being manifested in the form of a dove sufficient evidence? When Tegmark was questioned about whether or not physics could provide a mathematical explanation for why human beings have feelings such as love, his response was in some ways no less ambiguous than John’s response about the Spirit.

I saw my neighbor out with his three-month-old son early last week. His son seemed to be in a good mood.

When I said hello to him, his eyes twinkled. He smiled broadly and became animated waving his arms and legs in the air.

“He’s doing really well,” she said. “The doctor said his weight and growth is in the 90th percentile.”

I was never good at math but I knew from the tone of her voice that that was good.

Over the course of the last three months I have seen changes not only in the baby but in his parents’ lives. I attribute their smiles and laughter as well as their concern and worry to their love for their son.

I cannot provide you with a mathematical calculation to prove that they love their son. What I can tell you is what I have seen and experienced.

For me that is what is at the heart of our reading from The Gospel According to John. There is no scientific or theological calculation to prove that Jesus is the Lamb of God, that he is the Son of God or the Messiah.

What I can tell you is the writer of The Gospel According to John makes clear his purpose for writing his account of the life of Jesus. He writes: “Now Jesus did many ... (other) signs in the presence of his disciples, which are not written in this book. But these are written so that you may come to believe that Jesus is the Messiah, the Son of God, and that through believing you may have life in his name.” (John 20:30-31)