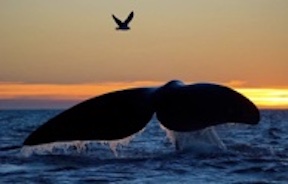 I’d like to begin my sermon today with a question – actually two. They’re questions that I would love to ask you in person if you were here in our church sanctuary. So, instead, I leave them for you to ponder on your own. First, have you ever had the feeling that there was something you were SUPPOSED to do – you knew deep inside that it was the RIGHT thing to do, but every fiber of your being, for some reason, resisted?

And the second question naturally follows – what did you do? How did you respond? Or are you still trying to figure that out?

This is precisely the dilemma that Jonah faced when God called him to go to Nineveh and invite the Ninevites – or challenge them – to repent and change their ways. The problem being – Jonah hated the Ninevites. They were the enemy. In fact, nothing would have pleased him more than for the Ninevites to incur the wrath of God. But God’s perspective was different. “Get up and go to Nineveh,” God commanded, “and cry out against it; for their wickedness has come up before me.”

Jonah heard the calling of God but did not share God’s vision. In fact, Jonah turned his gaze in the exact opposite direction. He caught the first ship out of town and headed to Tarshish – a city that was as far away from Nineveh as one could possibly get.

Maybe you know the story. While sailing to Tarshish a violent storm erupted at sea. All the sailors on the ship were scared to death. They began imploring their gods to spare them and save them from the inevitable – all the while Jonah hid in the ship’s hold attempting to make himself invisible to everyone – even God – even himself.

When they found him, he admitted that HE was the reason for the storm. The God of Israel had visited this upon him for his deliberate disobedience and he begged them to throw him overboard. No problem. Jonah was pitched. The storm subsided. And they all lived happily ever after – right? Not exactly.

No matter how you read this story – what we have here is a “whale of a tale.” Read literally, Jonah is thrown overboard, swallowed up by a whale where he spent three days, had a revelation of God’s presence, was spewed up on dry land, did precisely what God commanded, and they all lived happily ever after – right? Not exactly. It seems for some folks – resistance equals persistence, and Jonah was an expert.

Read metaphorically, Jonah was overwhelmed by his internal struggle – being tossed about by what he knew he was SUPPOSED to do – he honestly struggled with his revulsion at actually doing it. No way was he going to speak THOSE people. He hated them. And as far as he could tell, they hated him and his people. Never the twain shall meet. Nevertheless, God had a different perspective – and it seemed like God finally got through.

In the midst of this incredibly powerful – and all too familiar struggle – God got through and Jonah sensed God’s presence.

In the second chapter, that we did not read today, we gain some insight into Jonah’s struggle. He described being tossed about, the seaweed encircling his head, the waves and billows crashing all around and then he offered this remarkable testimony,

As my life was ebbing away,
I remembered the Lord,
And my prayer came to you,
Into your holy temple.
Deliverance belongs to the Lord.

Jonah remembered, reached out, and was resuscitated having been spewed up on dry land – whereupon he heard the word of the Lord a second time,

“Now, get up, and go to Nineveh, that great city, and proclaim the message that I tell you.”

I’m sure Jonah could not believe his ears. “Are you kidding me? After all that you still want me to go?” Reluctantly, he gave in and preached one of the worst sermons ever recorded. His sermon, “Forty days more and Nineveh shall be overthrown!”

That’s it! As the story goes, the Ninevites responded just as God had hoped. They heeded God’s message from Jonah. They repented of their evil ways. And they all lived happily ever after – right? Not exactly.

Jonah remained frustrated. You see, life for him was much easier when it was neatly divided into good guys and bad guys – and even more so because he always viewed himself with those in the good camp. But remember, God’s perspective is very different.

God didn’t share Jonah’s binary view of the world – as in some are inherently good while others are inherently evil. No. God sees the whole – the potential in each one – and loves it all. [Pause]

As I listened to our new President’s inaugural address this week, having heard a stirring rendition of our National Anthem sung by Lady Gaga, and capped off by an amazing poem of hope read beautifully and embodied by poet laureate Amanda Gorman, I was challenged once again by the need to build bridges rather than fortify walls. And that’s true whether we are talking about our nation, our Christian faith – which includes Inter-faith conversations, but perhaps most of all regarding the relationships within our own families.

Like Jonah, it’s much easier to head in the opposite direction if we see those who we dislike, mistrust, or fear heading our way. And it’s much more difficult to speak honestly with those we simply don’t want to offend – especially when they are sitting at our table. It’s much harder to risk the possibility of real relationship. But is relegating all that might offend left unsaid – stuffed down, left out of “polite conversation,” the way we want to live? Is that authentic, honest, real? Is it fair to ME – AND to one I seek to engage in meaningful conversation, let alone to love?

If this is hitting close to home, well, I’m right there with you. There are things in my family of origin that are NOT spoken about in deference to overall family peace. And that saddens me because it feels like we are just going through the motions and we don’t really know one another anymore. We THINK we do. We can keep the conversational exchange going back and forth for hours. But when we are unwilling to risk sharing our authentic selves, have we, really communicated anything of substance?

I’m not trying to be prescriptive, but I am inviting you to listen to this story of Jonah in a whole new way. What might it be inviting us to consider as we ponder all those issues that seemingly divide us? Might now be a time to risk vulnerability and to listen – really listen to the perspective of those who we may be keeping at a comfortable “arms” or “emails” or “Facebooks” or “twitters” length from us? Maybe it’s time to ask open-ended questions without expectation other than to listen. And only after carefully listening – with no answer being generated while the other is speaking – simply to receive whatever is said.

It’s okay to disagree or to hold a different perspective. And it’s okay to verbalize that. It’s not okay to dismiss without listening and honoring the gift of real conversation. We just may find out when that happens that we have much more in common than we ever imagined. [Pause]

There is a lot I don’t know or understand in this life, but of one thing I am certain, we will never heal – our families, our churches, our nation, or our world if we constantly put up shields of defense and self-protection with a belief that “the other” is inherently wrong. Jonah learned that the hard way. The only way to heal is by moving in the direction of our own personal Tarshish – whatever or whoever that might be. To reach out and risk possibility rather than hide in the ship’s hold of our own making. [Pause]

Years ago, Maya Angelou wrote a poem that I often quote. It’s title, Human Family, reminds us of just how similar we all are as a human race. I offer it today in closing. May it inspire you to risk real relationship as we seek to build a better world.

I note the obvious differences in the human family.
Some of us are serious, some thrive on comedy.

Some declare their lives are lived as true profundity,
and others claim they really live the real reality.

The variety of our skin tones
can confuse, bemuse, delight,
brown and pink and beige and purple, tan and blue and white.

I've sailed upon the seven seas and stopped in every land,
I've seen the wonders of the world not yet one common man.

I know ten thousand women called Jane and Mary Jane,
but I've not seen any two who really were the same.

Mirror twins are different
although their features jibe,
and lovers think quite different thoughts while lying side by side.

We love and lose in China,
we weep on England's moors, and laugh and moan in Guinea, and thrive on Spanish shores.

We seek success in Finland, are born and die in Maine. In minor ways we differ,
in major we're the same.

I note the obvious differences between each sort and type,
but we are more alike, my friends, than we are unalike.