The Power and Wisdom of God

It makes no sense. “Why did God choose to work through a crucified Messiah? How can an event of desperation – the crucifixion – become an event of salvation? How can a moment of powerlessness be a display of divine power?” (Preaching through the Christian Year, Year A, Craddock, Hayes, Holladay & Tucker, Trinity Press International, Harrisburg, Pennsylvania, 1992, page 98) 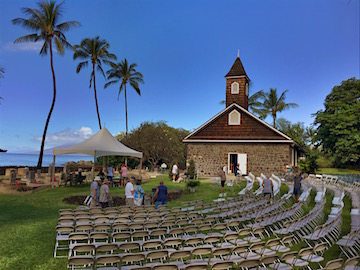 In his letter to the early church in Corinth, the Apostle Paul points out that there are two ways people attempted to demonstrate God’s divine presence in the cross upon which Jesus died: through signs and wisdom. Our ancient Jewish or Greek ancestors sought to rely upon such signs and wisdom to understand the transforming power of the cross.

On the one hand they could not resist the temptation to look for dramatic demonstrations of the presence of God. The Bible tells us one day some of the scribes and Pharisees responded to Jesus saying, “Teacher, we want to see a sign from you.” (Matthew 12:38)

On the other hand, they looked for explanations that were logical; that made sense. (Acts17:18) The Bible tells us Paul encountered Epicurean and Stoic philosophers who concluded whatever he had to say about Jesus did not conform to their ways of reasoning. It made no sense.

Paul regarded such thinking as not only “unproductive but sinister. Some held human knowledge in such high regard that it had become the sole measuring rod of all things ... ” (Op. cit.)

Perhaps like those in the early church in Corinth, some of us are convinced we know better and so we puff ourselves up. But the cross confounds us and calls into question the way we usually think about God.

We want a God of power and might. No wimpy God for us. Thank you. God on the cross? No way.

Why would we turn to a loser God? We are not so much interested in believing in One God as we are in believing that our God is number One – that he (sic) is the warrior king – come to save us all from ourselves and the wrath of the world.

Love our enemies. Nope! We want a God who will “wipe them off the face of the earth.” If not, we will take it upon ourselves to torture our enemies and bomb the rest into oblivion.

There is no power and strength in the cross, only humiliation and death. But we know otherwise.

In another letter to the early church, Paul reminds those in Philippi that Jesus “emptied himself, by taking the form of a servant . . . being found in human form, he humbled himself by becoming obedient to the point of death, even death on a cross.” (Philippians 2:7-8)

The New International Version of the Bible offers a slightly different translation. “This is what the Lord says, ‘Let not the wise boast of their wisdom or the strong boast of their strength or the rich boast of their riches, but let the one who boasts boast about this: that they have the understanding to know me, that I am the Lord, who exercises kindness, justice and righteousness on the earth, for in these I delight,’ declares the Lord.” (Jeremiah 9:23-24)

In other words, “It is of, and from, God that we are what we are in Christ Jesus; it was, after all, as a result of God’s actions that Christ became our wisdom and our justification.” Woe to those who are in any positions of power and authority who boast of themselves.

God forbid that we should boast except in the cross of our Lord Jesus Christ, by whom the world has been crucified to us, and we to the world. (Galatians 6:14) If any of us must boast, we can only boast of what God has done.