Salt of the earth, light of the world

In our reading from The Gospel According to Matthew, Peter, Andrew, James and John are “not urged to be salt and light: they are defined as being salt and light.” (Preaching Through the Christian Year A, Craddock, Hayes, Holladay & Tucker, Trinity International Press, Harrisburg, Pennsylvania, 1992, page 107) The text expands what we learn about their call to be disciples of Jesus. (Matthew 5:1-12)

“Jesus uses two metaphors to describe who his followers are and what they do for the world and in the world.” (Feasting on the Word, Year A, Volume 4, Bartlett & Taylor, Westminster/John Knox Press, Louisville, Kentucky, 2010, page 332) Like salt which is used to season and enhance the taste of food so it is that the disciples are called to enhance the goodness of God in the world. 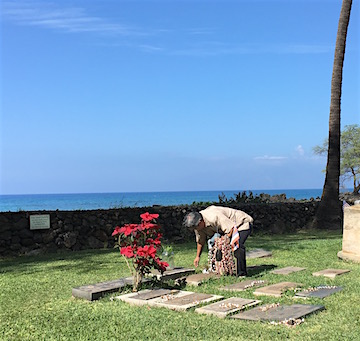 Marcia Riggs, a Professor of Christian Ethics at Columbia Theological Seminary in Decatur, Georgia points out that the danger for the disciples in the early church, is that they may forget they are to challenge those who do not value the lives of those who are dispossessed. They may forget to confront those who have no regard for those who suffer or for those who seek to do justice, show mercy, have integrity and are peacemakers. (Matthew 5:3-10)

The danger for us in the church today is that we may also forget.

The second metaphor Jesus uses to describe who his followers are and what they do for the world and in the world is light. He declares to the disciples in the early church: “You are the light of the world.” (Matthew 5:14-16) Like light, the disciples’ purpose is to refract God’s light so that all of the peoples and nations of the world can know of God’s justice and mercy.

It is a purpose to which we are also called in the church today.

Brian Maas, a Bishop of the Nebraska Synod of the Evangelical Lutheran Church in America reminds us of Jesus’ words to the disciples in the first century by emphasizing that his words are for us today as well: “You are the light of the world. You are the salt of the earth.” (The Christian Century, January 18, 2017, page 20)

Simply stated Jesus said to the Peter, Andrew, James and John: “You are the salt of the earth and the light of the world” – not you could be or should be or would be. There is no doubt that in his account of Jesus’ teaching that Matthew wanted to apply his teaching to the first Christian community but when he spoke he was speaking to the people of Israel.

If we are to have any appreciation for our reading this morning it is helpful for ourselves to remember the context in which Jesus taught. Israel was occupied by the Roman Empire. In fact, Israel had been a part of Gentile empires since the Babylonian exile. (Feasting on the Word, Year A, Volume 4, Bartlett & Taylor, Westminster/John Knox Press, Louisville, Kentucky, 2010, page 333)

There were various factions within Judaism in the first century. The Sadducees sought to collaborate with the Romans. The Zealots were eager to take up arms to fight the Roman Empire. The Pharisees were divided, some wanted to take up weapons and others resigned themselves to the fact that they were no match for the vast military resources of the empire. (Ibid., page 335)

To a people divided, Jesus preached his sermon to challenge Israel and in doing so, he challenges us today. (Op. cit.) Jesus rejected the Zealots appeal to violence and if that is true than it is likely that Jesus would reject the bravado of some today who are intent on “wiping our enemies off the face of the earth.”

Enemies are not to be hated, but loved; not be resisted, but prayed for (Matthew 5:43-44) and to be met with astonishing generosity (Matthew 5:41). (Op. cit.) That is what Jesus taught.

So who is that we pray for? What salt or light do we bring to others?

We recognized each other across the church yard and made our way toward each other.

He was no longer a teenager but a tall young man.

With a warm smile, he replied. “I am fine.” He introduced me to his wife and as we spoke, he called his son and daughter over.

“We wanted to come by to say hello,” he said.

“How are you all doing?” I asked aware that long before 9/11, James had converted to Islam and that his son and daughter carried Arabic names.

“We are worried a bit,” he confessed explaining that he was uncertain about future.

At that moment, the church bell rang letting us know that worship was about to begin. There was little time for us to talk.

“We won’t be staying,” he said but he told me once more how important it was for him to return to Mākena. “We really wanted to come by to say hello.”

“I want you to know that you and your family are always welcome here,” as we hugged and bid aloha to each other.

I do not know Frank Gaffney, Jr., I only know of him. He is the founder and president of Center for Security Policy in Washington, D.C. The center was established in 1988 as a non-partisan educational corporation. Its website purports that the center was intended to serve “as a resource for timely, informed and penetrating analyses of foreign and defense policy matters.”

I do not know Frank Gaffney, Jr., I only know of him and what others have said. By his own account, “potential enemies are hidden in plain sight – praying in mosques, recruiting at Muslim student associations and organizing through mainstream Muslim rights groups – and are engaged in “this stealthy, subversive kind of jihad.” (“Trump Pushes Dark View of Islam to Center of U.S. Policy-Making,” The New York Times, Scott Shane, Matthew Rosenberg & Eric Lipton, February 1, 2017)

I do not know Frank Gaffney, Jr., I only know of him and what he has said about those whom he identifies as Muslims. “They essentially, like termites, hollow out the structure of civil society and other institutions for the purpose of creating conditions under which the jihad will succeed.” (Op. cit.)

I do not know Frank Gaffney, Jr. but I do know a termite when I see one and James is not a termite. Yes, he is Muslim as is his wife and son and daughter and while the spiritual path they have chosen is different from my own, but we are still family to each other.

As disciples of Jesus Christ, we are the salt of the earth and the light of the world. We will not hide our light under the bushel basket, but on the lampstand to give light to all– light enough to expose not only the real termites – but the cockroaches that are lurking in very, very dark corners.