By virtue of their discipleship, they already were “the light of the world and the salt of the earth.” This week the apostle Paul provides us with another metaphor for understanding our place in the world not simply as individuals but as the gathered community that we call the church. 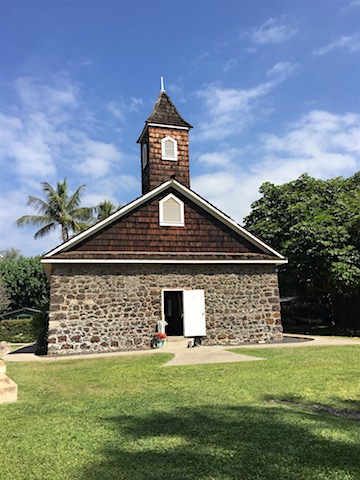 It’s no surprise that Paul would use the metaphor the field and house in his letter to those in the church in Corinth. There is no doubt his listeners were keenly aware of how common such agrarian images were both in the Old Testament and in the parables of Jesus.

Edith Humphrey, a Professor of the Old Testament at Pittsburgh Theological Seminary in Pennsylvania, points out there are many references to Israel as a vineyard or field that God planted (Isaiah 5:1-10; Jeremiah 12:10-13; Ezekiel 17:1-24) There are other references to the promise of God to build a house for David, when David had thought to build a temple for the Lord. (2 Samuel 7:1-29) (Feasting on the Word, Year A, Volume 1, Bartlett & Taylor, Westminster/John Knox Press, Louisville, Kentucky, 2010, pages 353-354)

In the New Testament, the images occur whether it is someone sowing seeds or someone building a house. (Matthew 13:24; Acts 7:49) They are linked together in Paul’s first letter to the Corinthians as metaphors for growing and building.

When I asked Charlie, a good friend, about building a fish pond in my front yard eight years ago, he suggested that it be built to like a lo‘i with an upper and lower terrace. The kalo or taro would be planted in the smaller upper pond and the fish would be placed in the larger bottom pond.

A pump would be used to circulate the water from the bottom to the top and the cascading waterfall would provide aeration for the fish. It was easy enough for me to find some fish at the pet store.

When it came to the kalo, it was Uncle Taka Harada who gave me some huli or taro for planting. The leaves, he said, for the huli I was given would be good for lau lau. I went home eager to place the plants in a container and to let it settle to the bottom of the upper pond.

Week after week, I would check on the growth of the kalo. Nothing. The huli seemed unimpressed with its new home. There was no discernible growth.

Eventually, I decided that the whole enterprise was for naught. Just as I was about to reconsider what to do, the Makahiki rains came - like they did over the last several days. Within a week of the first seasonal rainfall, the kalo began to flourish and before the rainy season ended I made my first batch of chicken laulau based on Uncle Taka’s recipe and instructions.

I did what I could but we know that the growth belonged to God. It is a lesson that Paul and his listeners in the early church in Corinth came to know well.

Paul sets out to correct the perception of some in the church who seem intent on boasting about their own spiritual stature. (Matthew 1:29-30; 3:18; 21; 4:7) They do so by claiming that they belong to Apollos or to Paul.

It may be true, Paul points out, that “I planted and Apollos watered.” But it is God who gave the growth.

If ever there was a cautionary tale, we see it in the futility of how quickly we become fixated on religious and political leaders, “however prominent or dear to us” they may be. (Preaching Through the Christian Year A, Craddock, Hayes, Holladay & Tucker, Trinity Press International, Harrisburg, Pennsylvania, 1992, page 113) Paul sought to highlight the primacy of God’s work.

Consequently, the only proper way for defining ourselves in terms that relate us to God is this: We are God’s servants. We are God’s field and God’s building. (Op. cit.)

In his first inaugural address to the nation following the Presidential election of 1932, Franklin D. Roosevelt began by saying, “The only thing we have to fear is fear itself.” When he addressed the nation it was at a point when the economic collapse of 1929 had reached its depths.

In addressing the nation, he said, “In the field of world policy I would dedicate this nation to the policy of the good neighbor – the neighbor who resolutely respects himself (sic) and, because he (sic) does so, respects the rights of others – the neighbor who respects his (sic) obligations and respects the sanctity of his (sic) agreements in and with a world of neighbors.” (Franklin D. Roosevelt, Inaugural Address, March 4, 1933, Samuel Rosenman, Editor, The Public Papers of Franklin D. Roosevelt, Volume Two: The Year of Crisis, 1933, (New York: Random House, 1938, 11-16).

Ironically, it would be Roosevelt who would issue Executive Order 9066 on February 19, 1942 during his third term in office. The order led to the incarceration of over 120,000 American citizens of Japanese ancestry and Japanese resident aliens. In the midst of the hysteria of war, it became apparent that fear of another race – not another religion – had taken hold. If we are God’s field and if we are God’s building then let us plant and nurture a world of hope, not fear; let us build a house where all are welcome.