I decided late in the week that it was time for me to think about putting a “bucket list” together. At the moment, it is a very, very short list. Right now it includes one thing I should have done 25 years ago – become proficient in reading, writing and speaking in Hawaiian.

I grew up in a generation that was discouraged from speaking Hawaiian. We came to believe that in order to survive in an English-speaking world, in order to assimilate, we had to let go of the language of our ancestors. 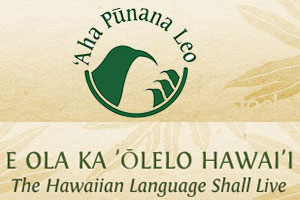 Over the last three decades the language has been revived by a new generation through ‘Aha Pūnana Leo, the Hawaiian immersion preschools that sprung up in communities throughout Hawaiʻi. As a result of the birth of the preschools, the Department of Education for the State of Hawaiʻi established Kula Kaiapuni, the Hawaiian language immersion schools from kindergarten through grade 12. It was out of that period that the phrase “E ola mau, ka ʻōlelo Hawaiʻi!” came into being – “Let the Hawaiian language live!”

I am more hopeful of the future of the Hawaiian language. As for whether or not I will be able to become more proficient in Hawaiian, we shall see. What I can say is this: I realized for the first time that adding “learning Hawaiian” was added to my bucket list because of a young Hawaiian man named ‘Ōpūkahaʻia. It is his life and witness that we commemorate and celebrate today.

In the summer of 1796 a messenger was sent to Kamehameha, the powerful aliʻi nui or warrior king who had already begun his military conquest to bring all of the islands of Hawaiʻi nei under one rule. He made his way up the island chain from Hawaiʻi island. After Oʻahu had fallen, he turned his sights further north to Kauaʻi and Niʻihau.

It was after his failed attempt to launch one of the largest canoe-borne invasion force ever assembled in the Hawaiʻi that he received news that an opposing army had gathered in Kaʻū on the southern point of Hawaiʻi island. The advancing army was being led by Nāmekehā, the brother of the warrior prince Keoua.

Five years earlier, Keoua was assassinated at the dedication of Puʻu Kohola Heiau in Kawaiahae along the northwest coast of the island. Among those in Nāmekehā’s army was a makaʻaīnana or a fisherman and a farmer named Keʻau from the coastal village of Nīnole in Kaʻū.

Keʻau’s wife, Kamohoʻula, was a cousin to Kamehameha. Keʻau and Kamohoʻula were the parents of two boys: a 10-year-old named ʻŌpūkahaʻia and an infant son. Sadly, the battle in Kaʻū pitted family against family.

Kamehameha ordered his army to Kaʻū to challenge the forces of Nāmekehā’s army. In the ensuing battle, ‘Ōpūkahaʻia saw his parents killed by Kamehameha’s warriors. Fleeing with his baby brother on his back, ‘Ōpūkahaʻia stumbled and fell as a short spear struck and killed his brother.

He was then forced to return and to stand beside the remains of his parents. It is not clear why his life was spared that day, but it was (The Providential Life & Heritage of Henry Obookiah, Christopher L. Cook, Paʻa Studios, Waimea, Kauaʻi, Hawaiʻi, 2015, pages xv, 1). In the year that followed ʻŌpūkahaʻia was taken and held captive in Kohala. By the fall of that year, he met Pahua, his uncle.

Pahua was serving as a kahuna pule or priest at the Hikiau Heiau overlooking Kealakekua Bay. Pahua found his way to Kohala during the four-lunar month-long procession and celebration of the Makahiki or harvest. The procession stopped at each ahupuaʻa or land division.

ʻŌpūkahaʻia sought and received the permission of his captor to return with his uncle to Kealakekua. Although he found some comfort in being with his uncle and serving as an apprentice at the heiau, the trauma of the death of his parents and brother remained.

When the Triumph, a seal-hunting brig, anchored in Kealakekua Bay, he saw an opportunity for a change, for a new beginning in his life. Within another year, ʻŌpūkahaʻia found himself in a place called New Haven Connecticut. It was there that his life would be transformed.

Dwight recalled asking him: “Do you wish to learn?”

Later, ‘Ōpūkahaʻia would write about that day: “In this place I became acquainted with many students belonging to the college. By those pious students, I was told more about God than what I had heard before” (The Providential Life & Heritage of Henry Obookiah, Christopher L. Cook, Paʻa Studios, Waimea, Kauaʻi, Hawaiʻi, 2015, page 46).

In less than a decade ʻŌpūkahaʻia went “from illiteracy to eloquence and excellence in speech and writing” (Nā Hīmeni Haipule Hawaiʻi, Sesquicentennial Edition, Honolulu, Hawaiʻi, 1972, page 23). He learned not only English but Hebrew and Greek and was able to translate portions of the Bible into Hawaiian.

Before he made the decision to become a Christian ʻŌpūkahaʻia attributed his conversion by noting that for him “ . . . the Lord was not found in the wind, neither in the earthquake, nor in the fire, but in the still small voice” (1 Kings 19:12). Church historians say that he was the first Hawaiian to convert to Christianity.

Whether or not that is true, what we do know is that ʻŌpūkahaʻia became a source of inspiration for those who established the American Board of Commissioners for Foreign Missions (ABCFM). ʻŌpūkahaʻia was determined to return to Hawaiʻi to share his new found faith, but he fell ill and died on February 17, 1818 at the age of 26 of typhus fever.

In the fall of 1819, two ministers, two teachers, a doctor, a printer, a farmer and their wives plus five children and four young Hawaiians sailed out of Boston Harbor on the ship Thaddeus. They arrived on the shores of Hawaiʻi in 1820.

In his account of the life of ʻŌpūkahaʻia, Christopher Cook wrote: “(ʻŌpūkahaʻia) saw clearly that language, cultural and literacy barriers kept him from joining the Yale students in their studies” (The Providential Life & Heritage of Henry Obookiah, Christopher L. Cook, Paʻa Studios, Waimea, Kauaʻi, Hawaiʻi, 2015, page 46). Because he did not understand English, ‘Ōpūkahaʻia wept, Because he did not understand English, he was unable to comprehend western learning.

If that is true, it is clear that language, cultural and literacy barriers emerged as the use of the Hawaiian language declined over almost a century of time. The decline kept a generation from understanding and appreciating the wisdom of our kūpuna or Hawaiian ancestors.

The Greek word for disciples is mathētēs. It means one who learns, one who follows. If we are to be faithful disciples of Jesus Christ, if we are to be his haumana, then we are called to be followers and learners of the One who transformed the life of a young Hawaiian man.