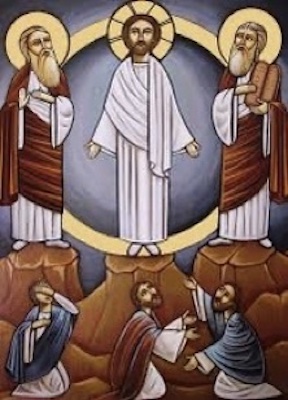 When you grow up as a lower-middle class suburban kid in southeastern Pennsylvania, the possibility of a vacation in Hawai`i is about as remote as a snowstorm in July. I suppose it could happen – but not very likely. Blessed to live here now, back then my eyes were skewed solely in the direction of the Jersey Shore. Not quite the same, but it’s what my parents could afford. And we looked forward to it with limitless anticipation every year.

I remember my dad had (what he referred to as) a “vacation club” at the bank. Each week he would put aside some money which eventually became our one week as we would say in Philly, “down the shore.” We would pray for weeks that we would have good weather, imagining ourselves body-surfing, collecting shells, jumping waves, building elaborate sandcastles, and spending uninterrupted time with our parents. It was great!

Always an early riser, I would try to get out to the beach each day before dawn – my Polaroid Instamatic camera in hand in hopes of capturing the best sunrise picture ever. Typically, I’d go out alone and try and capture the beauty of the moment being very strategic to “click” only when everything was perfect. You may remember we used “rolls of film” then, and each one gave you only so many possibilities – 12, 24, or, at most, 36 exposures as I recall. And then, I had to wait a week or more (after vacation) for the great reveal when my pictures came back in the mail. Let’s just say an Ansel Adams I am not. My pictures never quite looked the same as I remembered the actual moment.

Those moments – as the sun emerged over the horizon – were precious to me. And I wanted to preserve them forever as I tried to harness the essence of that experience on film. But as author and biblical scholar, Victoria Garvey, has stated so well, “Most of us have memories like that, golden oldies from our pasts that we’d like to preserve. But when we capture them in fixed form instead of the living repositories of our memories, they can be oddly dissatisfying, quaint, but not quite right when we revisit them. They are true and they are not … They cannot apprehend that moment of life in its entirety. Nor can we stay in the moment they capture, however much we might want to.” (Garvey, Victoria Lynn, Reflections on the Lectionary, The Christian Century, January 27, 2021, p. 21.)

That’s a powerful statement about life – isn’t it?

Peter, James, and John are victims of this same desire as we observe their response to this amazing moment in their lives – and in the life of Jesus – A moment we refer to as the Transfiguration. We witnessed this same trio in last week’s story as Jesus was summoned to the home of Simon Peter’s mother-in-law and he healed her. At Jesus’ call, they continued on to other places and people who needed their teaching, healing, and vital message of salvation.

But just like there are always surprises in worship at Keawala`i Congregational UCC, so there were many surprises for these first century disciples. And this one was a biggy.

They must have wondered why Jesus was taking them up on this mountain – away from the crowds, the villages, and the work that awaited them. Was he in need of another time away – a time to be in prayer? Would he be teaching them some new spiritual disciplines – practices only they would be privy to? [Pause]

And then it happened. Jesus became dazzling white – blinding light surrounded them. Two figures – that appeared to be Moses and Elijah stood on either side. God’s voice spoke and they were terrified. Peter knew this was a “Kodak Moment” and wanted to capture it in some way. Not having a camera or any kind of recording device like we do today, he decided it would be perfect to concretize it in the form of a memorial markers. One for each of these historic figures.

“I’ve got this, Jesus! Let me put something right here to mark this spot – here is where we caught a glimpse of God. We’ll want to come back here often so we can repeat this experience. Now we’ll know right where to come when we bring our friends. They’ll won’t believe it ‘til they see it for themselves. We’ll know right where to bring them.”

Makes perfect sense to me. But it sure didn’t to God. No sooner had Peter offered his idea when a light-radiant cloud surrounded them. And God spoke words very similar to when Jesus was baptized – just to make sure they understood. “This is my son, marked by my love. Listen to him.”

The disciples were overwhelmed. As the cloud lifted so did the figures of Moses and Elijah – and, rubbing their eyes they saw Jesus – only Jesus. [Pause]

For a long time, no one spoke on their way back down the mountain. And then Jesus warned them, don’t tell anyone what you have just seen.

It’s a directive that has always bothered me. Why would he NOT want others to be brought into this story? What would be the harm in the disciples including this nugget into the sermons they would be offering as they continued their evangelistic efforts? Afterall, every preacher loves a good story – and like I said before – this one was a biggy! But Jesus said, “No. Don’t tell this to anyone until I am raised from the dead.”

I’m not sure I fully understand his reasoning, but I know something about trying to capture and explain an experience to someone else who has not been exposed to that same experience. Much like my feeble attempts to harness the beauty of the Jersey Shore Sunrise – and a lot like my attempts these days to do the same to the Hawai`ian Sunsets – it’s one of those things you have to experience firsthand – to see for yourself – in order to appreciate FULLY and to understand.

I keep returning to that line in the text where it says they saw “Jesus – only Jesus.” I think the author is trying to convey much more than a mere physical apparition. What they saw was so much more. I believe, in that moment, they caught a “glimpse of God,” and it changed their lives forever. I think the same is true for us – even 2,000 years later.

I can tell people about Jesus. I can preach until I am blue in the face, but each person has to have their own encounter in order for to understand. [Pause]

The other day on our Wednesday Zoom gathering, folks shared some remarkable stories of deeply personal encounters with holiness. It was clear, when each one told their story, they were able to go right back to that moment. Those of us who listened were hushed, amazed, silenced – but ultimately we could not fully understand – that is reserved for the one who had the experience.

Ultimately, we decided, our “glimpses of God” need not be all that spectacular. While one may be visited by an angel or even hear an audible voice that we know HAS to be God, another may sense a similar encounter in casting a net or feeling makani blow gently into our face as you gaze upon the ocean. Be it a sunset, a rainbow, a whale breaching, or the smell of a puppy’s breath – I believe, God offers us glimpses of God’s Self every day – in both the mundane and the spectacular. We simply have to notice.

The good news is that we are post-resurrection people. And, I think, no – I’m sure, Jesus wants nothing more than for us to “tell others” about those experiences in our lives. We may not be able to capture them on film or concretize them in a monument – but our lives may bear witness to exactly what another needs to hear.

I invite you today, and in the coming days – to listen with the ear of the heart. Look, see with eyes wide open and available to mystery. Be aware of the holiness that surrounds you continually. You just might see Jesus – only Jesus. Doing so just may “transfigure” your whole life.