The Seventh Sunday After Epiphany

“The Assurance of Love”

“He asked for a dollar,” I said. “Since he was working in the park I thought it was okay.” “He’s really not doing too well,” his supervisor said. “He comes to work late and sometimes he doesn’t even show up. I think he still smoking, you know?” he added, assuming I knew he was not talking about cigarettes.

I continued, “I wondered what he was going to do with the dollar and so I asked him if it was enough. But I don’t think he heard me, so I let it go.”

“There are lots of folks coming around and you just have to be careful. Sometimes they’re homeless or on drugs or mentally ill.”

“I know,” I said. “I started to think it was best to leave my wallet at home so that if anyone asked me for money, I could honestly say that I didn’t have any.” 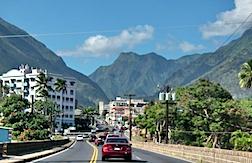 Our conversation went back and forth about what to do, what not to do. I live in Wailuku. Many of you know that Wailuku is home to many social service agencies that provide assistance to those in need Someone stopped me on another day and said he had run out of gas. His truck was parked not far where we were. He said he needed money for gas so he could go home to Lāhainā.

I told him that I didn’t have my wallet but said I would go home and get my gas credit card, then meet him at the gas station up the street. He seemed okay with that so I left and went home to get my credit card and headed over to the gas station. I waited for about a half hour. He never came by.

There have been other occasions when I’ve been approached by someone on the street asking for money. It seemed easier to ignore someone in need or to convince myself if I gave to everyone who begs for money, I would have nothing left for myself. I imagined that the money was not for gas or food but for alcohol or drugs.

What makes our reading from The Gospel According to Matthew distressing is the writer’s refusal to let us off the hook. “Jesus often says things that make us chafe; he challenges the disciples to do things that seem contrary to human nature.” (Feasting on the Word, Year A, Volume 1, Advent through Tranfiguration, Bartlett & Taylor, Westminster/John Knox Press, Louisville, Kentucky, 2010, page 380)

That challenge is evident in our reading that comes from a section of the Sermon on the Mount. Jesus acknowledges that the teachings are not new. The formula is one we have heard before.

He is quick to point out, “You have heard it said” but immediately adds, “But I say to you.” On the one hand it has been said forgo revenge, go the extra mile, lend without limits, love our enemies, pray for persecutors and give to all who beg. On the other hand, turn the other cheek, go the second mile, give to everyone who begs.

But that is the challenge he makes to them and to us. “Give to everyone who begs from you, and do not refuse anyone who wants to borrow from you.” (Matthew 5:42) Yeah, right?!?

“Love your enemies and pray for those who persecute you.” (Matthew 5:44) Uh huh, right? What is the point? Is there even a point?

The writer of Matthew points out that by responding to the challenge, there is the promise that we will become children of God and heirs of the kingdom of God. In God’s kingdom “every decision and action is carried out for the common good. Each person is a sister or brother to the other and acts out of love. The capacity for this kind of love is due to the empowering love given by God, who is love.” (Ibid., page 382)

It is an opportunity available to all of us.

We see that love demonstrated in unexpected ways. When President Nelson Mandela of South Africa died on December 5, 2013 there were those who felt that the country was on the brink of a civil war.

Mandela championed the establishment of the Truth and Reconciliation Commission by granting amnesty in return for testimony by those who had been affected both as victims and victimizers of apartheid. No eye for an eye. No tooth for a tooth.

Jesus’ challenge to “love your enemies and to pray for those who persecute you” seems ludicrous in light of the many who suffered under apartheid. Yet the commission became a model for ending conflicts elsewhere including East Timor, Liberia and Peru.

Judge R. Mark Browning told Hawaiʻi lawmakers on Friday that four of every five teenagers abuse some sort of substance. Our courts process about 7,000 young people each year. That means over 5,000 are using some illicit substance. But there are only 60 slots in the juvenile drug court system that provide suitable services to help at-risk youth here in Hawaiʻi.

There is a measure being considered by House of Representatives that would provide mental health and substance abuse treatment for juveniles in the court system. As with any program there is a cost factor to consider.

But David Hipp, the Executive Director of the Office of Youth Services in the Department of Human Services, reminds us, “It’s like the old Fram commercial. You can buy a $12 oil filter now or rebuild your engine later for $2,000.”

Representative Mele Carroll represents Haʻikū, Hana and Kaupō. She said, “Our youth suffer from serious lack of services, whether it’s substance abuse, mental health issues or the need for quality after-school opportunities, and it is our responsibility to step up to provide for them.” (The Maui News, Saturday, February 22, 2014, A3).

The needs are made and our response is not one that we must each do alone. Together with others and with the partnerships we share with other churches and community groups, we can respond to the needs of our young people. We can provide “safe places” for our youth to deal with issues around domestic violence, drugs, suicide and pregnancy.

I imagine Jesus would have said of our youth, “You have heard it said, “Lock them up and throw the keys away.’” He would then add, “But I say to you ... ”