Servants of Christ, stewards of God

Over the last several weeks our readings from the Bible have emphasized who we are as the people of God. One day Jesus went up to a mountain and said to those gathered around him: “You are the salt of the earth. You are the light of the world.” (Matthew 5:13-14)

In the week that followed we turned our attention to the first letter of the apostle Paul that was written to those in the early church in Corinth. Paul wrote: “You are God’s field. You are God’s building.” (1 Corinthians 3:9). 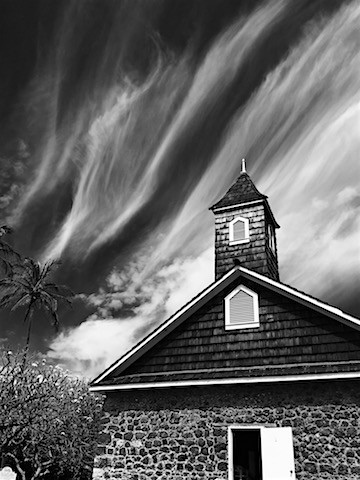 As I thought about the Bible readings for today I was drawn once again to the words of the apostle Paul. In his letter to the church at Corinth he went on to say: “Think of us in this way, as servants of Christ and stewards of God’s mysteries.” (1 Corinthians 4:1-5)

We are the salt of the earth and the light of the world. We are God’s field and God’s building. We are, by Paul’s declaration, Christ’s servants and God’s stewards. What are we to make of all of this?

Clearly, the statements are unequivocal affirmations of who we are as people of faith and it requires us to live a life of faithful service. But what does that mean for us in our own day and time?

Federal authorities including the FBI and the Department of Justice are investigating possible civil rights violations. A statement was issued: “The FBI will collect all available facts and evidence and will endure this matter is investigated in a fair, thorough, and impartial manner. As this matter is ongoing, we are not able to comment further at this time.”

Support for the repair work that is needed is being provided by the Imam Council of Metropolitan St. Louis. The council represents 18 Islamic centers in the region. All Nations Church, a Lutheran congregation, is also among others who are trying to raise money for the cleanup and repair work.

On Wednesday of last week, a gunman shot three men in a crowded bar in Olathe, Kansas as they were watching a Kansas-TCU basketball game. Witnesses said before he opened fire, he yelled at two of the men to “get out of my country.” (The Maui News, Saturday, February 25, 2017, A5)

Srinivas Kuchibhotla, age 32, died. His widow, Sunayana Dumala, came to the U.S. in 2005 to purse a master’s degree at the University of Texas at El Paso.

The other men who were shot were identified as 32-year-old Alok Madasani and 24-year-old Ian Grillot. Madasani was released from the hospital, but Grillot remained hospitalized as a result of wounds he sustained when he attempted to subdue the gunman.

It was reported that after the gunman left the bar he fled to another bar at an Applebee’s some 70 miles away in Clinton, Missouri. He told the bartender that he needed a place to hide because he assumed he had just killed two Middle Eastern men, not one. Authorities declined to discuss a motive as they continue their investigation.

On that same day, Hawaiʻi state senators and Maui County Council members received an email from a man who objected to seeing someone he assumed was an African American male holding the hand of a Caucasian female at the McDonald’s restaurant in Pukalani. “I became immediately offended at the sight of these two people,” he wrote, “which was a disturbance of my peace via their unorthodox appearance.”

He explained that after he yelled out, “ʻI am so sick of these Nigers (sic)!ʼ they pretended to become offended, when in reality they should have apologized to me for offending me.” The email is laced with so much vitriol, one might be inclined to conclude that like the incidences in University City and Olathe, what occurred in Pukalani, is reflective what is happening across the country.

The mother of the young man said, “The perpetrator who verbally assaulted my son and his girlfriend mailed this to all of the Hawaiʻi state senators, representatives and County Council members. Why have they not informed the police?” Whether or not the case will warrant the attention of the authorities remains to be seen.

Some of us may want to seek comfort by insisting that the perpetrators in all three instances are mentally ill. “Oh, well it doesn’t mean it was a hate crime. The authorities can’t say just yet what would cause someone to go to all the trouble of overturning 200 headstones in a Jewish cemetery or shoot two men in Olathe, Kansas bar who looked Middle Eastern, or verbally assault a young man and his companion in a McDonald’s restaurant in Pukalani.”

The ground for the Jewish cemetery in University City was acquired in 1893. The cemetery operates in accordance with Jewish tradition as is telling from its name: Chesed which means “loving” and “kindness” and Emeth which means “truth” and “integrity.” Clearly, the significance of the cemetery was lost on those who sought to desecrate sacred ground.

Ironically, the two men who were initially shot in Olathe were Indian and Hindu, not Middle Eastern or presumably Muslim. The third man was Caucasian. In a videotaped interview released by the hospital, he said he “prayed all night for both of them”- the two Indian men who were shot - but that “unfortunately only one of my prayers were heard.”

“It’s not about where he (the victim) was from or his ethnicity,” Grillot added. “We’re all humans, so I just did what was right to do.”

Some of us know the young man who was verbally assaulted in Pukalani last Wednesday. His mom and dad were married here at Keawalaʻi. He and his brother were baptized here.

He shares the same first name as the man who assaulted him. His mother is Italian American and his father is African American.

The man who was so easily offended saw what he wanted to see. It may be that he is Spanish or Portuguese but it would be the greatest of all ironies if he is also Italian American.

We are the salt of the earth and the light of the world. We are Christ’s servants and God’s stewards.

There is no fake news here, only good news. We build bridges, not walls. We are God’s garden and God’s building – a garden where all flourish and a building into which all will find a refuge and a home.

We say “Aloha mai. Welcome and come in.”