She is the mother of two young daughters. The girls are being raised by their paternal tūtū or grandparents on Kauaʻi. She has been in and out of drug treatment programs over the last fifteen years. More recently she was released from a group home when she violated several of the house rules. 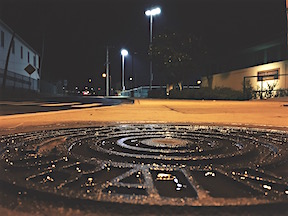 The statistics on drug addiction in the U.S. varies depending on the source. Almost a decade ago, it was said that there were at least 7 million drug addicts and 20 million drug users. The drugs of choice range from cocaine to heroin; from prescription painkillers like Xanax and Oxycontin; from alcohol to tobacco.

Today, it is estimated that the cost of substance abuse in the U.S., including productivity, health and crime-related costs exceeds $600 billion annually – $193 for illicit drugs, another $193 billion for tobacco, and $235 billion for alcohol. (DrugFacts: Understanding Drug Abuse and Addiction, National Institute of Drug Abuse) The numbers are staggering but as health care providers across the country point out, they do not fully describe the destructive impact of abuse and addiction that includes loss of employment, child abuse, domestic violence, failure in school and the disintegration of families.

It is something that Sarah knows all too well in her relationship with her daughter. Yet despite all of the setbacks, Sarah holds fast to the hope that her daughter will find her way “home” and when she does, she will welcome her back.

One might be tempted to conclude that the parallel between the parable of the Prodigal Son that comes to us from our reading from The Gospel According to Luke and the story of Sarah’s daughter is about sin and the consequences of sin. The prodigal son makes that evident for himself when he confesses to his father, “I have sinned against heaven and before you; I am no longer worthy to be called your son.” (Luke 15:21)

As for Sarah’s daughter, I would liken her story to the story of the man who was born blind. When the disciples asked Jesus “who sinned, this man or his parents, that he was born blind?” Jesus answered, “Neither this man nor his parents sinned; he was born blind so that God’s works might be revealed in him. We must work the works of him who sent me while it is day ... ” (John 9:2-4)

For me neither Sarah’s daughter nor Sarah sinned. Through the use of brain imaging we have come to understand the toxic effects of drug abuse and that drug addiction is a disease of the human brain. So the focus for me is not on sin and the consequences of the sin but the fact that both the prodigal son and Sarah’s daughter lost their way.

Jesus tells all three parables in response to the Pharisees and scribes who complain that he seems to enjoy spending way too much time with people known to be sinners. There are three principal characters in the parable of the prodigal son – a father and his two sons.

The younger son demands his inheritance before his father’s death and in doing so he turns his back on his father and his family. The inheritance he demanded included a portion of the family’s land holdings.

We can assume that he sold the land and left home with the money from the sale only to squander what he had for what the Bible calls “riotous” or “dissolute living.” (Luke 15:13) After he had spent everything, a severe famine took place in the country to which he had travelled.

In order to survive, he went to work feeding pigs. Overcome with hunger he would have gladly eaten what the pigs were eating. It is in that moment of hunger that “he came to himself” and realized the only way he could survive was to return to his father’s house and become a “hired hand.” (Luke 15:19)

Having lost his way, he made the decision to return home.

What he did not expect upon his return was his father’s response. Here was a man who had been put to great shame running out to meet him – embracing him and kissing him – and then calling on his servants to present his son with the best robe, a ring, and sandals and to prepare a feast with food, music and dancing to celebrate the return of his son.

It was the music and dancing that caught the ear of his elder son who approached the house after working out in the field. When he was told by one of the servants what was going on, he became angry and refused to go in.

His father came out of the house and in another unexpected response did not chide him for being angry. Instead, he pleaded with him to celebrate the return of his younger brother and he sought to reassure him by saying, “Son, you are always with me and all that is mine is yours.” (Luke 15:31)

In some ways it would not be difficult for us to recognize ourselves in the elder son. The anger, jealousy, pride, and self-righteousness we see in him we sometimes see in ourselves. They are as appalling if not more so than “riotous” or “dissolute living.”

Thankfully, there are moments when we also recognize ourselves in the younger son whenever we lose our way for whatever the reason. We come to our senses and we make the decision to return “home.”

Sarah has asked for prayers on several occasions for her daughter aware that the change she hopes for will come only when her daughter makes the decision to live a clean and sober life. But we know “it is often mistakenly assumed that drug abusers, lack moral principles or willpower and that they could stop using drugs simply by choosing to change their behavior. In reality, drug addiction is a complex disease,” not a sin, “and quitting takes more than good intentions or a strong will.” (Op. cit.)

Let us pray: God of amazing grace, if like the prodigal son we have strayed from you this day, call us back to your loving embrace. If the like the elder son, we have harbored anger and resentment for the grace you give to others, forgive us.

Help us to claim in thought and deed the inheritance of the saints who share with Jesus compassion and forgiveness to all who lose their way. Mahalo iā ʻoe. Amen.