“The Grace of God” 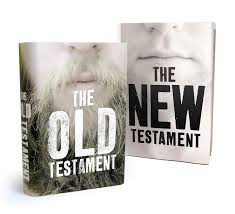 There are those who sometimes discount the importance of the Old Testament by proudly declaring that they are “New Testament Christians.” The old is past, there is only the new.

But ignoring the one over the other would diminish, even deny, the foundation of our faith. The Old Testament and the New Testament are inseparable. That is what makes our readings from The Book of Jeremiah and The Gospel According to John so important to us as we come to the end of this season of Lent.

Our reading from The Book of Jeremiah anticipates the good news of Easter, that God will transform human hearts. But just as Easter comes only after the death of Jesus, so in Jeremiah’s future the new covenant comes only through and beyond suffering (Preaching Through the Christian Year, B, Craddock, Hayes, Holladay & Tucker, Trinity International Press, Harrisburg, Pennsylvania, 1993, page 160).

Jeremiah’s words come at a time of crisis. The destruction of the Temple in Jerusalem by the Babylonians and the exile of King Zedekiah were catastrophic.

But even before Jerusalem was destroyed, Jeremiah announced: “Houses and fields and vineyards shall again be bought in this land” (Jeremiah 32:15). In the midst of overwhelming despair, Jeremiah offers words of hope, “The days are surely coming, says the Lord, when I will make a new covenant with the house of Israel and the house of Judah” (Jeremiah 31:31).

If we are to speak of a new covenant, one would rightly presume that there was an old one. In our reading from Jeremiah we recall the covenant at Mt. Sinai following the Exodus and we are reminded that the covenant was broken by the people. There were other old covenants.

Each occurred at a critical moment in the life of the people. The covenant became an oath and a promise made between the people and God. The vows were explicit: “I will be their God, and they shall be my people” (Jeremiah 31:33).

But Jeremiah’s announcement of a “new” covenant after the destruction of the Temple and the fall of Jerusalem is without precedent. It is a covenant made with individuals, not a community; it is a covenant made not with a people, but with persons. “I will put my law within them, and I will write it on their hearts” (Jeremiah 31:33).

It may be that some find comfort in believing the foundation of our faith is in having the Ten Commandments engraved in stone and on public display. It may be that others find reassurance in having our currency emblazoned with the words “In God in Trust.”

The good news of this season of Lent and of Easter is that the new covenant will be written, not on slabs of stone or currency, but on the hearts of all who follow Jesus and serve in his name. One morning over twenty years ago, our children gathered for our weekly Sunday morning keiki time. Among the children was a five-year-old girl. The lesson was about Easter.

We talked about how Jesus died and how he was no longer with us here on earth. The little girl sought to reassure everyone. “That’s okay, he lives right in here,” she said pointing to her heart. In 1933 Alfred Henry Ackley (1887-1960) wrote the lyrics to the hymn “I Serve a Risen Savior.” The refrain including the following lines:

Years later I have come to realize that while the words of a five-year old child and the lyrics of a 42-year-old man may be endearing, the Bible makes clear that the new covenant will be written on, not in, the hearts of people. “A Hassidic story tells of a rabbi who always told his people if they studied the Torah (the Old Testament) it would put scripture on their hearts.

One student asked, 'Why on our hearts and not in them?'

The rabbi answered, ʻOnly God can put scripture inside, but reading sacred text can put it on your hearts, and then when your hearts break, the holy words will fall inside’” (Seasons of the Spirit, SeasonsFUSION Lent Easter, Wood Lake Publishing, Inc., 2014, page 87).

As we come to the end of the season of Lent, we are mindful that in the days ahead we will recall the stories of the triumphal entry into Jerusalem and the crucifixion and death of Jesus. We know the hearts of the disciples and those who followed him will be broken.

But we also know that in time they would come to understand (John 20:30-31) all that Jesus had said to them will fall inside their hearts. The hope and promise of the new covenant will come through the grace of God made known to them and to us in Jesus Christ and for that we give thanks. Amen.