Throughout this season of Lent, we have been introduced to a Pharisee named Nicodemus and an unnamed woman of Samaria. We met Nicodemus a few weeks ago. (John 3:1-17) He comes to Jesus by night and emerges for a brief moment out of the darkness, seeking light from the teacher he believes has been sent from God. (Feasting on the Word, Year A, Volume 2, Bartlett & Taylor, Westminster/John Knox Press, Louisville, Kentucky, 2010, page 68) 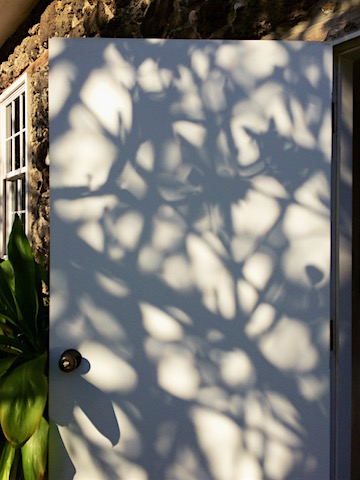 But Nicodemus is cautious and careful not to be seen by others. “He hovers ... in the shadows of John’s story.” We discover that he is neither the first ... nor the last to follow Jesus from a distance. There is no doubt it was difficult, perhaps even dangerous, for (him) to follow Jesus openly, during the bright light of day. He was, after all, someone who was part of the Jewish establishment, for whom Jesus seemed to be at first only a nuisance but later he became a political problem and threat.

“Nicodemus had to be cautious and to exercise discretion.” (Ibid., page 70) It was something the Samaritan woman understood when she met Jesus one day at Jacob’s well. (John 4:5-42)

But we know it was customary for the women of the village to draw water during the cooler times of the day. So why would she choose to go to the well with the hot sun blazing overhead? As Jesus engages her in a conversation, we come to realize that her presence at the well at that time of day was intentional.

Like Nicodemus, she was hoping not to be seen. She was after all a woman who had been married five times and the man with whom she was currently living was not her husband and she was so others despised her.

You have heard me say this before. Everything about her was wrong - wrong ethnicity, wrong gender, wrong marital status, wrong religion and unlike the learned Nicodemus she may well have been uneducated and poor – wrong social class. She was not only despised. She was rejected.

She hovers on the margins, not in the darkness of night but in the light of day. Nicodemus is quick to say to Jesus, “We know that you are a teacher who has come from God, for no one can do these signs that you do apart from the presence of God.” (John 3:2)

The Samaritan woman is also quick to say to Jesus, “Sir, I see that you are a prophet.” (John 4:19) While she had reason to be joyful, many others were skeptical.

When the disiciples return they find Jesus speaking with her. The Bible says the disciples were astonished. Many other Samaritans who lived in the city were themselves skeptical and equally astonished that Jesus would speak to her. It was not until Jesus had been with them for two days that the Samaritans in the village came to believe that he was the Messiah and “truly the Savior of the world.” (John 4:42)

This morning we meet a man blind from birth. As he walked along one day with the disciples, Jesus saw the man. The disciples asked, “Rabbi, who sinned, this man or his parents that he was born blind?”

Jesus immediately responds, “Neither this man nor his parents sinned. He was born blind so that God’s works might be revealed in him.” (John 9:3) As with Nicodemus and with the Samaritan woman at the well, there are allusions to light and darkness. “As long as I am in the world,” Jesus tells the disciples, “I am the light of the world.” (John 9:5)

If the Samaritans found it difficult to believe that Jesus was the Messiah (John 4:41), the man born blind was faced with an onslaught of criticism by those who simply refused to acknowledge what they could plainly see with their own eyes. (Christian Century, March 1, 2017, page 19)

The Rev. David Lyle, a Lutheran pastor, points out that the skepticism begins with the disciples and then with the neighbors who have a hard time seeing that this man is the same man who was once blind, even though nothing else about his appearance has changed. He is still the same man – only now he can see.

The Pharisees or religious leaders join the throng of critics. Blinded by their rigid interpretation of religious law that prohibits healing on the Sabbath, some insist that Jesus must be a sinner, not a healer, for violating the Sabbath.

Even the man’s own parents, blinded by their fear of the Pharisees cannot see that God’s power is at work in a new way. The neighbors, the Pharisees and his parents all see that his sight has been restored but they are all blind in one way or another to Jesus, the one who is the light of the world. (Christian Century, March 1, 2017, page 19)

We know that Nicodemus struggled to understand Jesus, but the blind man and the Samaritan woman both see Jesus for who he is, the Son of Humankind who has come to bring sight and light to us and to the world. It may be that we are like Nicodemus and others who struggle to find their way through the darkness of their own lives and world. It may be that like them, we find comfort in the darkness. After all, in the darkness we are free to point to the sins of others without acknowledging our own.

Like the Pharisees, we create laws for our own benefit and not others. It is always someone else’s fault.

In the darkness, we are free to pretend that we do not see the suffering and pain of those who are despised and rejected – wrong race, wrong gender, wrong marital status, wrong religion, wrong social class, wrong everything. In the darkness, we are free to dismiss Jesus’ encounters with the Samaritan woman and the blind man as his feeble attempt to be “politically correct.”

Jesus, however, makes clear to Nicodemus, the Samaritan woman and the blind man that he has come “to bring sight to the blind even those who believe they can already see. Jesus takes all of the deep darkness and willful blindness of (our) world upon himself on the cross, and he does so to open (not only) our eyes,” but our minds and our hearts. (Op. cit.)

So it is that in our own encounter with Jesus, we are no longer free to cling to the darkness. Rev. Lyle reminds us that through our worship, Jesus calls us to see what is right in front of us: those who are hungry and thirsty, houseless and homeless, despised and rejected.

I still see Mike on the streets of Wailuku. When I first saw him on one of my morning walks with Kiko, my dog, I crossed over to the other side of the street. We continued to see each other on other days. One morning we ended up sitting on the same bench just outside the Wailuku Coffee Company.

He reached down to say hello to Kiko. Kiko was happy with the new company and made no judgments about his appearance, how he was dressed or how he looked. We talked and he told me that he was a veteran and that he was living on the streets. He was awaiting some benefits and looking for a place to live.

We did something that Kahu Danette invited all of us to consider and to do – and that is to “talk story.” Like Jesus who talked story with Nicodemus, the Samaritan woman and the blind, we are invited to “talk story” with one another and in talking with one another to “see” each other. “ . . . in and through Jesus, we don’t have to trust our eyes. We simply have to trust him as he reveals, over and again, the work that God continues to accomplish right in front of us.” (Op. cit.)

Let us pray: May we live, O God, in the light of Christ even in the darkest valley. We trust that he will open our eyes and enable us to walk by faith in his name. Like him, we would follow faithfully in your way. Like me Iesū, e hahai ‘oia‘i‘o mākou i kou ala.” Amen.