"What Did Thomas Say?"
The Rev. Kealahou C. Alika

In December 2012, twenty children and six adults were shot and killed at Sandy Hook Elementary School in Newtown, Connecticut. In an interview on 60 Minutes Overtime, television journalist Scott Pelley said, “I was at the World Trade Center when the towers came down. I covered Iraq and Afghanistan and many other wars. Somehow this had a bigger impact on me.” 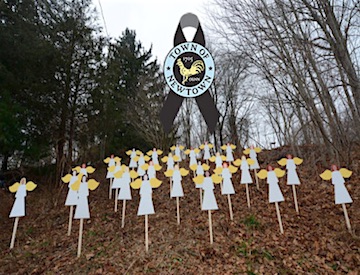 Several months after the shooting, Pelley returned to Newtown to meet with some of the families. In the aftermath of the tragedy, the parents convinced Connecticut legislature to pass universal background checks for gun purchases and to limit the capacity of ammunition. The parents then turned their attention to Capitol Hill where they supported a more modest proposal for closing loopholes so that all firearm purchases would require a background check.

To be sure there are those who see the telling of their stories as a ploy by those whose ultimate goal is the banning of entire classes of firearms and the registration of law-abiding gun owners. They needed 60 votes in the Senate. They got 54.

But any accusation that the telling of their stories is being politicized by radical anti-gun control advocates on the left cannot diminish the sense of profound loss for each family. In their grief, some of the parents are seeking ways to keep their loved ones’ memories alive not only through the legislative process but through volunteer projects and foundations, each with its own mission. Pelley returned to Newtown a few weeks ago to check in with the parents of children who were murdered.

In the 60 Minutes Overtime interview, he reflected on what he learned from some of the Newtown parents not about what happened with lawmakers in Washington D.C., but about grief. Pelley and the 60 Minutes team realized that “grief doesn’t always lessen with the passage of time.”

Ana Grace Green was 6 years old when she was killed. Her mother Nelba Marquez-Greene told Pelley that a sermon given at her daughter’s funeral compared grief to a long hard winter – a long, hard unrelenting winter. She said the sermon brought her some comfort, but added, “I can’t imagine a day that it will be spring again,” she said.

What do we say to parents who experienced such a profound loss? When Pelley was asked that question he said, “I know exactly what I would say.” And it wasn’t about gun control.

Pelley said, I would ask them to “tell me about your child - because it helps the child live again in that now they are going to be introduced to a new person. “

Francine Wheeler’s 6-year-old son Ben was also killed. She said, “The worst thing you can do to a grieving parent is not to mention the child.”

“ʻOh, I didn’t want to bring him up. I don’t want to upset you’ but then you’re not acknowledging his existence and so when people do acknowledge it, I am so appreciative.”

“No, you didn’t make me cry, you brought him back.”

Easter is a day that has come and gone. The grief of Holy Week has already faded away for many. But Easter is a season that spans a period of fifty days and we will be reminded over the course of the next seven Sundays about the resurrection of Jesus.

In our Bible reading for this morning, the resurrection of Jesus touches Mary Magdalene as well as Simon Peter and John. John’s faith is increased at the sight of an empty tomb and grave cloths; Mary Magdalene’s faith by the word of Jesus. (Preaching Through the Christian Year A, Craddock, Hayes, Holladay & Tucker, Trinity International Press, Harrisburg, Pennsylvania, 1992, page 258)

But Thomas is uncertain. Despite what the other disciples tell him, Thomas insists that he will not believe in the resurrection unless he sees the mark of the nails in Jesus’ hands. (John 20:24-25)

A week later Jesus appears to the disciples again. This time Thomas is present. He recognizes Jesus and in the encounter which follows, he makes a strong confession of faith, “My Lord and my God!” (John 20:28)

There is no doubt the grief felt by the disciples and the men and women who followed Jesus caused many to wonder if they would ever recover or begin to recover from the tragedy of his death. If spring was to come after a long hard winter, it seemed like it was far, far away.

While with the disciples, Jesus bestows on them his peace (John 20:19) The Bible says when he did this, “he breathed on them and said to them, ‘Receive the Holy Spirit.’” (John 20:22) It was a moment in which they were empowered to move forward and to continue the work that God had given him (John 20:21).

So out of our sorrow and grief, we tell the story of the child, the son of Mary who died a tragic death. What did Thomas say in his own encounter with Jesus? Again, he responded by saying, “My Lord and my God.”

Jesus said to him, “Have you believed because you have seen me? Blessed are those who have not seen and yet have come to believe.” (John 20:29)

Jesus’ word to Thomas was a great source of comfort to those in early church and to those in the church down through the centuries, including ourselves, who were not witnesses to the Risen Christ. In some mysterious way, our weeping has been transformed into joy because we know that in telling the Easter story, Jesus lives. “Christ is risen! He is risen, indeed!”