"That We May Bear Fruit"

Someone described the words from our reading from The First Letter of John in this way: “Endearing terms are used to introduce this poignant exhortation to love.” (Preaching Through the Christian Year B, Craddock, Hayes, Holladay & Tucker, Trinity International Press, Harrisburg, Pennsylvania, page 258) But behind such soaring words is the reality of what it means to love. 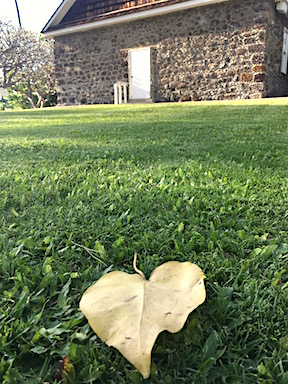 Yet the writer also understands that as Christians, we often make the claim of living in the love of God while at the same time expressing active ill will towards one another and others (1 John 4:2021). We discover how difficult it is to love within our churches and even within our own families.

If Jesus taught anything to the beloved community in the early church through his life, witness, crucifixion and resurrection, he taught them that love is not simply an inner assurance of God’s abiding presence, but an expression of concrete acts of love, even toward those who betray, deny and kill. “Dwelling in the loving embrace of God results, must result, in a life livin love, even in the face of hatred” or the uncertainties we all face in life (Feasting on the Word, Year B, Volume 2, Bartlett & Taylor, Westminster/John Knox press, Louisville, Kentucky, 2008, page 471).

There is no place in the Christian faith for those “who nurse grudges, seek revenge, assume intellectual superiority, or are careless with the feelings of others. We must remind ourselves that only the merciful are sure of mercy, and only the forgiving are sure of forgiveness. Only the loving heart lives in the love of God (Op.cit.)

In our reading from The Gospel According to John, we discover the metaphor of the vine and the branches as an expression of that love. When we pili or bind ourselves to God, the fruit that we bear is love. But as with many other things we may say about the teachings of Jesus, that is more easily said than done.

We may want the immediate comfort of an endearing and poignant love, but we know love is much more than our feeling good in the world. Love does not always come so easily. The power of love is often found in the unlikely stories of our human experience.

I want to tell you a story this morning. It is the story of a father and his son. It is a story you may already know.

Wright’s Law is a twelve-minute documentary Jeffrey Wright, a former physics teacher. The film includes segments of him performing crazy, some would say risky, “science” experiments. Still by all accounts, his students consider him a wonderful teacher.

Just when we think the film is going to be about his gifts as a teacher, the story shifts as we watch him help his young son, Adam, into a specially designed vehicle, and then care for him at home with his wife and daughter.

Adam has to wear a protective helmet and receives therapy for a rare condition known as Joubert Syndrome. Fewer than five hundred people in the world have been diagnosed with the condition.

Adam was born blind. He breathes abnormally fast. He cannot speak fluently and he cannot control his muscular movements. He needs care 24 hours a day, 7 days a week so that he does not harm himself. If he becomes anxious or scared, he pounds his fist into his face, or bangs his legs into his wheelchair – not because he wants to, but because that’s how his body reacts under stress.

It is an enormous challenge for his day to make sure that he is always safe. One way his dad dealt with his own stress was to share Adam’s story with his students, students who have their own struggles to overcome.

Once a year, he delivered a talk about the meaning of life, beginning with how, after the joyful birth of his daughter, he and his wife welcomed Adam’s birth. He begins by saying, “When Adam came along, we didn’t think it was going to be a boy and all of a sudden, a boy pops out, and I’m thinking wow, this is cool – now I got a girl and a boy – not that I really cared – but you get all the dreams of . . . I’m going to football games, I’m going to baseball games . . . whatever it be, yeah, I’m going to be there for my little buddy.”

But when he learned about Adam’s condition at his birth, everything fell apart. Adam was faced with an uncertain future and he was going to undergo intense suffering. He was shattered and in his talk to his students he was brutally honest:

“All those dreams of watching my son knock a home run over the fence went away. And talk about getting pissed at God . . . I was pissed. Because, you know the whole thing about where the universe came from? I didn’t care. What I cared about was, Why? And [I said to God], you can pick on me all you want, but when you pick on my little boy, that’s wrong. A totally innocent little baby, and you’re making him do that? I started asking myself, what was the point of it?”

We might want to question his audacity in questioning God, but he was at least as brutally honest in sharing Adam’s story as he was in questioning God. It took his four-year-old daughter Abbie to begin to see what was right in front of him.

He noticed Abbie playing with Adam one day. Adam was clutching at dolls as his sister held them above her head. He didn’t understand how this was happening. Adam was, after all, blind. But then he realized that Adam could see – that his eyes were fine, but that the part of his brain that was supposed to allow his eyes to see wasn’t working – until then. Something suddenly clicked.

The doctors couldn’t explain what happened. But he thought it had something to do with how Abbie treated Adam – as her brother.

Adam was able to learn sign language to the point where he was able to communicate what every father longs to hear. Then it happened. Adam said; “Daddy, I love you.”

He knew then that Adam could interact in the world but just couldn’t control his body. He began to appreciate all the things we take for granted in life, big and small.

As a physics teacher for over two decades, he taught about the “how” in life, but now he began to understand and communicate the “why.” “There is something a lot greater than energy,” he tells his students. Then he asks them, “What is the greatest thing?”

It was an amazing day for Adam’s family and for him, the day he emerged from the darkness and saw the light of love in his father’s eyes (One Teacher’s Lesson of Love, William Doino Jr., First Things). When Adam was born, the doctors thought he might live for a year. Now he is a teenager. The future of his health is uncertain but what is certain is Adam has a loving heart, a heart that lives in the love of God. Amen.