The numbers are staggering. Over the last 150 years tens of millions of men, women, and children have died in genocide or mass atrocities. Millions have been tortured, raped or forced from their homes. 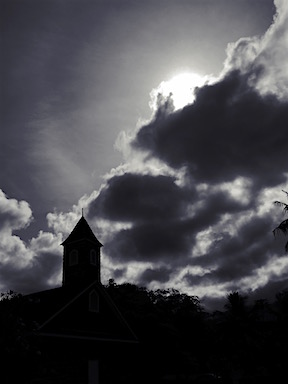 In 1915, ethnic Armenians living in the Ottoman Empire were rounded, deported and executed on orders of the government. Through a combination of massacres, forced deportation and deaths due to disease in concentration camps it is estimated that more than 1 million ethnic Armenians, Assyrians and Greeks were killed in less than a decade.

In 1975 the Khmer Rouge took control of the government of Cambodia. They targeted political dissidents for their “re-education” campaign. Doctors, teachers and students suspected of receiving an education were systematically tortured. In the four years that they were in power, between 1.7 to 2 million people died in the “Killing Fields” of the Khmer Rouge.

When a civil war broke out in Rwanda in 1990, tensions between the Tutsi minority and the Hutu majority were exacerbated when the Rwandan President was killed. His plane was shot down outside of Kigali, the nation’s capital. In the year that followed the Hutu killed as many as 800,000 Tutsi.

When I arrived here in Mākena in the winter of 1991to serve this church, the former nation of Yugoslavia began to break up along ethnic lines. The republic of Bosnia and Herzegovina declared independence the following year and the region quickly became embroiled in a war. The Serbs targeted the Bosniak and Croatian civilians in areas they controlled. More than 100,000 Bosnian Muslims and Croats were murdered in the years that followed including 8,000 men and boys in Srebrenica in 1995.

Only a decade ago the government of Sudan carried out its policy of genocide against Darfuri civilians. Over 300,000 were murdered and 2 million others displaced.

As Americans in the United States we may want to take pride in our nation’s history convinced that we would never commit such atrocities. Yet we know from the very beginning that conflict, disease, atrocities and policies of discrimination have devastated the Native American population. Some say over 9 million Native Americans died from violent conflict and disease. (Past Genocides – Armenia, Holocaust, Bosnia, Rwanda, Darfur)

In each instance it would seem that human pride and arrogance were at the heart of our propensity to deny the existence of other human beings. From one generation to the next we lament our inhumanity, clinging to the hope that there would be no more concentration camps and killing fields.

Our reading from The Book of Genesis reminds us of the long reach of human pride and arrogance and its devastating consequences. The story of the Tower of Babel reveals the tension between “human and divine intentions.” (Preaching Through the Christian Year C, Craddock, Hayes, Holladay & Tucker, Trinity Press International, Harrisburg, Pennsylvania, 1994, page 274)

In building the tower at Babel, it becomes evident that the plan and action of the builders is to make a name for themselves. The story makes clear that God is concerned about what they may do next as a result of their arrogance and so a decision is made to confuse their language and scatter them abroad. (Genesis 11:8)

Sadly and tragically, our own pride and arrogance has caused us to think of ourselves more highly than we ought. We seek to make a name for ourselves - “We are the greatest nation on earth!” “We are God’s chosen people!”

Is it any wonder that we find ourselves, as human beings, capable of such horrific acts of violence? “If separation and confusion are viewed as the results of human arrogance , (of) sin,” then the story of Pentecost is about realizing that “union and understanding are signs that the kingdom of God” is breaking (into) our lives and our world. (Op. cit., page 274)

Easter has come to an end. Today, we celebrate Pentecost and the coming of the Holy Spirit. We mark the conclusion of the fifty days of Easter. We seek, not to make a name for ourselves, but to carry forward the ministries received from the Spirit as we celebrate the birth of the church.

Our reading from The Acts of the Apostles provides us with a contrast to our reading from The Book of Genesis. If God was responsible for causing the confusion of human language and scattering people abroad, then it would seem that God was also responsible for the pride and arrogance that led many to believe that the language and culture of those who were different therefore meant that such persons were expendable.

What happened on that first Pentecost Sunday did not result in one common language. While it is true that all were Galileans, they were Galileans who were also from Mesopotamia, Judea, Cappadocia, Pontus, Asia, Phrygia, Pamphylia, Egypt, Libya and other places.

It was their common experience of the presence and power of the Holy Spirit that brought them to a new understanding. The outpouring of the Spirit on that first Pentecost was meant to amaze and astonish us. There was no confusion. (Acts 2:11)

All of their lives were transformed by the Easter message of the resurrection. Today, it is not the story of an individual but the story of a great crowd of people. It is the Holy Spirit who compels and impels the church to mission (Acts 8:29; 10:47; 13:2; 16:6). All the confusion of Babel (Genesis 11:1-9) is now resolved as each nation hears the word of God in its own language, (and) understands it” (Acts 11:11).

If our celebration of Pentecost means anything, it is that we are called as the church to a universal witness, that is, to extend the hope of forgiveness to all the nations, even as it has been extended to us (Luke 24:47). Such is the way of the Holy Spirit.