“He Loves Our People”

Lee Rigby, a 25-year-old British soldier who was the father of a 2-year-old boy was killed on May 22, 2013 outside the Royal Artillery Barracks in the Woolwich area of London. He was repeatedly attacked with meat cleavers and left to die on the street.

The horrific killing was recorded on the cell phones of witnesses with one of the two suspects boasting of their exploits and warning of more violence to come as the soldier lay on the ground. (The Maui News, Friday, May 24, 2013, A7) One of the suspects said Rigby’s death was no less horrific than the deaths of thousands of Muslim men, women and children who have been killed by British soldiers. 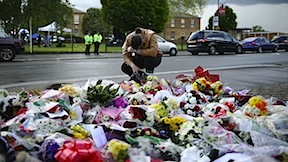 In the week since the killing at least eight other suspects have been arrested. Racial tensions have increased. To no one’s surprise anger, mistrust and hatred have found their way into the public domain.

It may be the two suspects who have been charged with Rigby’s death will insist that British soldier harbored a hatred for Muslims. It may be that they believe “he hates our people.” Why else would he and other British soldiers wage a war against Islam?

Our reading from The Gospel According to Luke is about another soldier – a Roman centurion with great authority and power. Whatever preconceptions we may have of Roman soldiers always pitted against Jews as adversaries are turned upside down in this story of a Gentile who was held in high regard by many. (Feasting on the Word, Year C, Volume 1, Bartlett & Taylor, Westminster /John Knox Press, Louisville, Kentucky, 2009, page 428)

The centurion had a slave who was ill and close to death. When he heard about Jesus, he sent some Jewish elders to him to ask that he come and heal his slave. Whether out of compassion or convenience, we are told that the slave was someone whom he highly valued.

When the elders came to Jesus they appealed to him earnestly saying that the centurion is worthy of his attention. But more importantly - the elders tell Jesus that “he loves our people, and it is he who built the synagogue for us.” (Ibid.)

As they approach the centurion’s home, friends are sent to make Jesus aware that the centurion is reluctant to have Jesus enter because he does not feel he is worthy. Instead, he pleads with Jesus through his friends to simply speak and let his servant be healed.

The centurion recognizes Jesus’ authority as he speaks of his own. It is this recognition of the authority and power that prompts Jesus to acknowledge the centurion’s faith to the crowd that followed him.

The story concludes with the elders returning to the house where they found the slave in good health. Initially the title for this morning’s message was “Finding Faith.” The thought was that faith is often found in the people we least expect.

But what struck me about the passage this morning was the declaration made by the Jewish elders of this Roman soldier: “He loves our people.”

“It is he who built our synagogue for us,” they added.

When I was growing up and attending church we would sometimes sing “Onward Christian Soldiers.” It was a stirring hymn filled with images of spiritual conquest.

“Onward Christian soldiers marching as to war with the cross of Jesus going on before.” As I grew older it began to feel a bit too triumphal for me and as I learned about the history of the Christian church and its conquests I began to grow uneasy about what even happened here in Hawaiʻi.

There are some who will contend that the missionaries who found their way to Hawaiʻi came with good intentions and did no wrong. Others will cite the church’s support for the overthrow of the kingdom that continues to be a source of distress for many native Hawaiians.

There are some who would like us to believe that the foreign missionaries and native Hawaiians were adversaries much like Roman soldiers and the Jews were adversaries. But the story of the centurion will not allow us to draw such a simplistic conclusion. 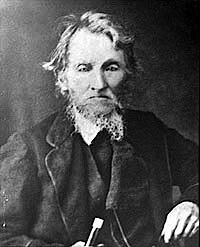 Among the early missionaries was a man who was born in Massachusetts in 1807. Lorenzo Lyons set sail from Boston in November 1831 on board the Averick with his wife Betsy Curtis. He was part of the fifth company from the American Board of Commissioners for Foreign Missions. They arrived six months later in May 1832 in South Kohala on the island of Hawaiʻi. Coincidentally, that was the year this church was established.

Lyons served the parish in Waimea that included the districts of Kohala and Hāmākua, making it the largest mission station in Hawaiʻi. He spent the remainder of his life dedicated to native Hawaiians.

During his lifetime he was responsible for the establishment of fourteen churches, including Imiola Church where he was buried in 1886. He became fluent in the Hawaiian language and composed many poems and hymns.

His best known and beloved work is the hymn Hawaiʻi Aloha. The refrain that we sing each Sunday for our processional comes from that hymn.

It was probably said by the native Hawaiians who knew him in Kohala and Hāmākua, “He loved our people. It was he who built our churches.”

As we share the bread and the cup this day, we are grateful for the Spirit’s presence throughout this season of Pentecost reminding us of the power of language to transform our lives. Whether Christian or Muslim, Jew or Gentile, kamaʻāina or malihini our aloha for one another will transcend all that may separate us from the love of God.