When the rock opera Jesus Christ Superstar opened on Broadway in New York in 1971, it did so amid great fanfare and controversy. The music by Andrew Lloyd Webber and the lyrics by Tim Rice is a story based on the accounts of the last week of Jesus’ life. 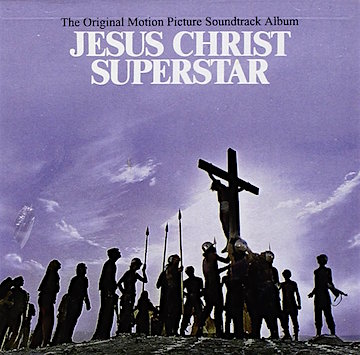 The musical is sung through from beginning to end. There is no spoken dialogue. It begins with Jesus’ entry into Jerusalem and ends with his crucifixion. The struggle between Judas and Jesus is highlighted based on a free interpretation that is not present in Biblical text.

I count myself among the latter. I took a great interest in wanting to look more closely at Jesus’ life. I was all of 21 years old when the opera made its debut on Broadway.

Jesus Christ Superstar was released as an album the year before and many of the songs were heard before the play was staged and later produced as a film. I saw the film but it would not be until almost two decades later that I would see the play onstage in Cleveland, Ohio with some of the members of the original cast.

That evening I noticed that those attending the play included women and men, the very young and the very old, and a mix of different races. The controversy and furor had long since passed.

Aside from Ted Neeley in the lead role as Jesus, the cast in the Cleveland production also included Yvonne Elliman, a young woman who was born and raised on the island of Oʻahu. At the time our local island news made much of her role as Mary Magdalene. Her solo, “I Don’t Know How to Love Him,” became the enduring voice of Mary Magdalene.

Over four and half decades have gone by and while some may still feel that the opera is blasphemous, I find the imagination of Tim Rice and his lyrics appealing in the way in which he gives “flesh and blood” to the realities of not only Jesus’ life but of life as we ourselves know it.

The story of Jesus’ raising the son of the widow in Nain in our reading from The Gospel According to Luke (Luke 7:11-17) contains clear parallels with the story of Elijah and the widow in Zarephath that come to us from the lesson in The First Book of Kings (1 Kings 17:8-16). God sustains life in providing the widow in Zarephath with food and restores the life of her son. It is Jesus who restores the life a widow’s son in Nain. (Preaching Through the Christian Year C, Craddock, Hayes, Holladay & Tucker, Trinity International Press, Harrisburg, Pennsylvania 1994, page 291)

Such compassion – and that is the key to our reading of the Scriptures this morning – is what compelled Jesus to uphold the widow in Nain. As Jesus watched the funeral procession leaving the city the Bible says, “he had compassion for her.” (Luke 7:13) He touched the bier and told the young man to rise up. When her son spoke, the crowd was amazed and they glorified God and declared Jesus a prophet.

Very quickly word about what Jesus had done spread through all the surrounding countryside. The word had gone out to all that “compassion, a touch and newness of life had become the trademarks of Jesus’ ministry.” (When We Gather: A Book of Prayers for Worship, Year C, James G. Kirk, The Geneva Press, Philadelphia, Pennsylvania, 1985, page 88)

If that is true, then compassion ought to be the trademark or sign of our ministry as disciples of Jesus Christ. But the healing of the widow’s son by Jesus offers us a cautionary note as we recall the words of the crowd responding to Simon in Jesus Christ Superstar: “Christ you know I love you. Did you see, I waved? I believe in you and God, so tell me that I’m saved. Touch me, touch me Jesus.”

Yes, compassion ought to be the sign of our ministry. But we would be wise not to be overcome by what such compassion demands of us. It seems that Jesus knew this well and that he was constantly seeking a balance in his life that we would do well to seek in our own.

One day the disciples told Jesus what they had done and taught. He told them to “come away to a deserted place all by yourselves and rest a while.” (Mark 6:31)

Later as they crossed over from where they were and went ashore, he saw a great crowd. The Bible says that when Jesus saw the crowed, he had compassion for the people because they were like sheep without a shepherd and he began to teach them many things. (Mark 6:34)

Our empathy for others often means that we find ourselves feeling their feelings, experiencing their fears, dreaming their dreams. Instantaneously or over time, we tire and lose “a certain spark of optimism, humor and hope.” (www.stress.org)

When Jesus cleansed a leper in The Gospel According to Luke, he ordered the man to tell no one what had happened. Nevertheless the word spread. Enormous crowds gather to hear Jesus and to be healed of their diseases. (Luke 5:15)

In the account recorded in The Gospel According to Mark, Jesus told a leper he had healed, “See that you say nothing to anyone.” But the man went out and began to proclaim it freely and to spread the word so that Jesus could no longer go into a town openly but stayed out in the country ... ” Even then, people came to him from everywhere. (Mark 1:40-45)

In The Gospel According to Matthew, it is said that great crowds followed him. In Matthew’s account, Jesus told the leper he had cleansed to say nothing to anyone. Whether in the account recorded by Matthew, Mark or Luke, we are made aware of the demands of compassion and its inevitable consequence of fatigue.

Mother Teresa of Calcutta understood compassion fatigue. It is said that she wrote in her plans to her superiors that it was mandatory for her nuns to take an entire year off from their duties every four to five years to allow them to heal from the effects of their care-giving work in the slums of Calcutta.

Jesus did not use the term “compassion fatigue” when he cautioned the disciples about the need to rest and the need to pray, but we can see the ways in which he sought to minimize what a ministry of compassion demands. Whether our work is in care-giving professions or whether we are care-givers to those in our own families, we are reminded in this season of Pentecost that we will find renewal and strength through the presence and power of the Holy Spirit to be a people of compassion. We will “not grow weary in doing what is right.” (Galatians 6:9; 2 Thessalonians 3:13)

We will rest and pray. We will wait for the Lord to renew our strength. We shall mount up with wings like eagles. We shall run and not be weary. We shall walk and not faint. (Isaiah 40:31)