"Making disciples of all nations" 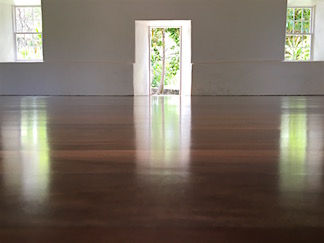 Today is Trinity Sunday. It may feel like a bit of let-down especially after our celebration of Pentecost last Sunday. But today is no less significant. In fact, Trinity Sunday is a vital affirmation of the historic faith we share as Christians in the one God who creates, redeems and sustains life.

“This is especially important, after a season of centering our attention on Jesus and a day of focusing on the Holy Spirit. It is, after all, God who sent Jesus Christ and God who sends the Holy Spirit” into the world and into our lives. (Preaching Through the Christian Year A, Craddock, Hayes, Holladay & Tucker, Trinity Press International, Harrisburg, Pennsylvania, 1992, page 304)

The Rev. Steven P. Eason was the pastor of the largest Presbyterian Church in Charlotte, North Carolina for 13 years. He left the church in 2015 to teach, coach and organize workshops for pastors of various Christian denominations. Over the years he has shared his theological thoughts and reflections through a number of publications.

In 2011, Eason was one of several contributors to Feasting on the Word: Preaching the Revised Common Lectionary that was offered to the Christian church as a resource for preaching and teaching. It was in that book that I came across his manaʻo, his thoughts about our reading from The Gospel According to Matthew.

Basically Eason raised the question about whether anyone really cares that today is Trinity Sunday. He wrote “ . . . people who have cancer probably do not care. Young couples who cannot get pregnant probably do not care either. The family dealing with a wayward teenager, the couple headed for divorce, the person who has lost a job, they do not care.”

He goes on to say that it is very likely that “they just want to know that God is God and that God somehow knows who they are, where they are, what they are doing, and what they need.” (Feasting on the Word, Year A, Volume 3, Bartlett & Taylor, Westminster/John Knox Press, Knoxville, Tennessee, 2011, page 44) That may be the case for some of us whatever circumstances we may find ourselves in this morning.

How do we make sense a doctrine of the church that some seem entirely clear about while others are totally confused? The Christian missionaries who found their way to Hawaiʻi almost 200 years ago were aghast with the pantheon of gods they encountered in the heiau or temples throughout Hawaiʻi.

The kapu system had been overturned and abolished and the temples abandoned just prior to their arrival in 1820. For the missionaries it was a sure and certain sign that God had opened the way for their mission. What they did not know at the time was Kaʻahumanu, the highest ranking chiefess, had been seeking a way to overturn kapu or restrictions placed on women about what they could eat, where they could sit, what they could do.

While she welcomed the missionaries, I have often wondered if she found it amusing that they would denigrate the Hawaiians for their polytheism, their worship of many gods, while at the same time lift up the one true God who, by the way, was God the Father, Son and Holy Spirit. One can easily see how confusing it may have been for some to hear the missionaries say they believed in the One true God and then try to explain the Trinity.

Yet ironically, it may have been because the Hawaiians believed in many gods that it made sense to them that one could hardly expect one God to do all the work, even the Christian God. Down through the centuries the doctrine of the Trinity has been the subject of numerous debates and in at least one instance in modern history a reason for a schism in the church.

The great fourth century theologian and philosopher Augustine sought to explain his understanding of the Trinity. The Council of Nicaea and the Council of Constantinople in later years each came to identify closely with Augustine’s view On the Trinity.

Eason points out that Augustine reduced the doctrine of the Trinity to “a very simple illustration. He used the example of a tree. The root is wood; the trunk is wood; the branches are wood: one wood, one substance but three different entities.” That’s it.

Or as some of you have heard me explain to our keiki, our children over the years, the Trinity is like H2O – water. Water in a liquid state, frozen or as a mist is still water but in three different forms. The water in its liquid state is God who is omnipresent, who is everywhere. The water in its frozen state or solid state is Jesus who came to be among us and the mist is the Holy Spirit that permeates all that is.

But the question remains, what difference does it make whether we use a tree or water as metaphors for the Trinity? What is important is that we believe that it is in the character and nature of God to create, redeem and sustain life.

Or as Eason puts it, “We are not powerless in the world; we are not disconnected from the omnipotent God as Creator, or from the redeeming work of God in human flesh - [in Jesus,] or from the very presence of that same God in the Holy Spirit., who dwells within us and among us and sometimes outside of us.” (Ibid., page 46)

What difference does the Trinity make?

Whether we are “feeling detached, isolated, alone, angry, deserted, depressed, grieving, hopeless, fearful, anxious, wounded, ashamed, and tired,” (Op. cit.) God is present to redeem and sustain us through all our days.

That is good news indeed and that is the news we are to share as disciples of Jesus Christ. We are to go forth and make disciples of all nations, baptizing them in the name of the Father . . . . . the Son and . . . the Holy Spirit, teaching them to obey everything Jesus commanded us to do. (Matthew 28:16-20)

John reminds us: “By this everyone will know that you are my disciples, if you have love for one another.” (John 13:35). It is no surprise that in his Second Letter to the Corinthians, the Apostle Paul concluded his message to those in the church in Corinth with the blessing: “The grace of the Lord Jesus Christ, the love of God, and the communion of the Holy Spirit be with all of you.” (2 Corinthians 13:13)

The God who creates, redeems and sustains is the God who acts with grace and love; the one who is our Immanuel – God with us. Paul does not attempt to offer an explanation for the Trinity. Instead, he points to the relational nature of God’s relationship with us through Jesus and the Holy Spirit and for that we give thanks to God.

Let us pray: God from whom all blessings flow, we welcome this new day with thanksgiving because you have cared for us through the night. Wherever you send us, whomsoever we meet, be in our going and in our meeting. Grant us wisdom to cherish what you give us and generosity to share what we receive.

Fill us with your Spirit so that we may show courage and kindness, and a sense of humor in the face of each day’s hardship. May we withhold harsh judgment against those who would do us harm. Show us ways that we may serve you throughout the day and into the night so that, waking or sleeping, we do so in the name of Jesus Christ and through the power and presence of the Holy Spirit. Amen.