The saying goes, “Familiarity breeds contempt.” Or, the better we know people, the more likely we are to find fault with them. O,r the more we know something or someone, the more we start to find faults and dislike things about it or them. 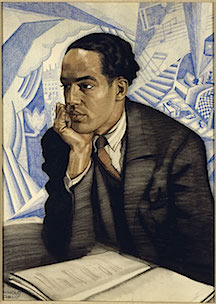 Langston Hughes was born in 1902. He died the year I graduated from high school in 1967.

It is said that more than any other black poet and writer, Hughes recorded faithfully the nuances of black life in America. He emerged as an important literary figure during the 1920s, a period known as the “Harlem Renaissance.”

Despite his literary achievements, he was criticized by both blacks and whites. Still, he continued to write.

On a weekend such as this and in the U.S. presidential campaign season that is now underway, there are many who yearn for the past. Some politicians insist we must reclaim the America of their childhood memories. Some religious leaders lament the societal changes that have come and the loss of what they claim as the moral high ground.

In 1935, at the age of 33, Hughes wrote the poem, “Let America Be America Again.” Some may be critical of Hughes and insist that his apparent cynicism is misplaced at best. But far from being cynical, Hughes seems to see the good in others and in his vision of America. Hope remains. He wrote:

(America never was America to me.)

Let America be the dream the dreamers dreamed –
Let it be that great strong land of love
Where never kings connive nor tyrants scheme
That any man (sic) be crushed by one above.

(It never was America to me.)

O, let my land be a land where liberty
is crowned with no false patriotic wreath,
But opportunity is real, and life is free,
Equality is in the air we breathe.

(There’s never been equality for me.
Nor freedom in this “homeland of the free.”)

I am the poor white, fooled and pushed apart,
I am the Negro bearing slavery’s scars.
I am the red man driven from the land,
I am the immigrant clutching the hope I seek –
And finding only the same old stupid plan
Of dog eat dog, of mighty crush the weak.

I am the young man, full of strength and hope,
Tangled in that ancient endless chain
Of profit, power, gain, of grab the land!
Of grab the gold! Of grab the ways of satisfying need!
Of work the men! Of take the pay!
Of owning everything for one’s own greed!

I am the farmer, bondsman to the soil.
I am the worker sold to the machine.
I am the Negro servant to you all.
I am the people humble, hungry, mean –
Hungry yet today despite the dream,
Beaten yet today – O, Pioneers!
I am the man who never got ahead,
The poorest worker bartered through the years.

Yet I’m the one who dreamt our basic dream
In the Old World while still a serf of kings,
Who dreamt a dream so strong, so brave, so true,
That even yet its mighty daring sings
In every brick and stone, in every furrow turned
That’s made America the land it has become.
O, I’m the man who sailed those early seas
In search of what I meant to be my home –
For I’m the one who left dark Ireland’s shore,
And Poland’s plain, and England’s grassy lea,
And torn from Black Africa’s strand I came
To build a “homeland of the free.”

O, let America be America again –
The land that never has been yet –
And yet must be – the land where every man is free.
The land that’s mine – the poor man’s, Indian’s, Negro’s, ME –
Who made America,
Whose sweat and blood, whose faith and pain,
Whose hand at the foundry, whose plow in the rain,
Must bring back our mighty dream again.

Sure, call me any ugly name you choose –
The steel of freedom does not stain.
For those who live like leeches on the people’s lives,
We must take back our land again,
America!

O yes,
I say it plain,
America was never America to me,
And yet I swear this oath –
America will be!

Out of the rack and ruin of our gangster’s death,
The rape and rot of graft, and stealth and lies,
We the people, must redeem
The land, the mines, the plants, the rivers,
The mountains and the endless plain
All, all the stretch of these great green states –
And make America again!

Finding fault in something or someone who is familiar is what we find in our reading from The Gospel According to Mark. Jesus returned to his hometown and where most, if not everyone, knew him. He grew up in Nazareth.

Initially, the people were impressed by his teaching in the synagogue. They were astounded by his wisdom and deeds of power.

However, their familiarity with Jesus caused them to take offense. “Where did this man get all this? What is this wisdom that has been given to him? What deeds of power are being done by his hands” (Mark 6:2)

Hughes was critical in his writing. Jesus was critical in his speaking. As a consequence when Jesus spoke and taught in the synagogue, the people became angry. In fact, they were so infuriated and filled with rage that on another occasion when he spoke in the synagogue, they attempted to kill him (Luke 4:29-30). Because they knew him as a carpenter, they did not respect him as a prophet.

Unable to do anything, Jesus expresses his amazement at their unbelief and then decides that it is best for the disciples to continue his ministry by going on to other villages. He challenges them to trust in God’s provisions during their journey. They are to take nothing beyond what they are immediately wearing.

In short, the disciples are left to depend on the hospitality of those they will serve. Jesus is aware that they may not always be welcomed wherever they go especially if they were to return to their own villages.

“So they went out,” the Bible says, “and proclaimed that all should repent. They cast out many demons, and anointed with oil many who were sick and cured them” (Mark 6:12-13).

We must remind ourselves and we must tell the next generation that God continues to work in and through our weaknesses and human limitations. We must work towards a more just and peaceful world.

Henry Wadsworth Longfellow was born in 1807, almost a century before Langston Hughes. His life was shaped in part by the American civil war.

When the poet Walt Whitman heard about Longfellow’s death in 1882, he wrote: “He comes as the poet of melancholy, courtesy, deference – poet of all sympathetic deference. I should have to think long if I were ask’d to name the man who has done more and in more valuable directions, for America.” It was Longfellow who wrote:

The sole thing I hate is Hate
For hate is death, and love is life.
A peace, a splendor from above:
And Hate, a never-ending strife,
A smoke, a blackness from the abyss
Where unclean spirits coil and hiss!
Love is the Holy Ghost within,
Hate the unpardonable sin!
Who preaches otherwise than this
Betrays his Master with a kiss.

Let us pray: Merciful God, when we experience moments of weakness and rejection in your name, help us recall not only your power and might but your compassion for all people. Grant us the courage and the faith to continue to fight against suffering, injustice and hatred in our nation and in our world. Amen.