At first, the son and his girlfriend seemed like a cordial couple. But over time it became apparent that their relationship was fraught with conflict. Their form of communicating often included loud voices laced with expletives. 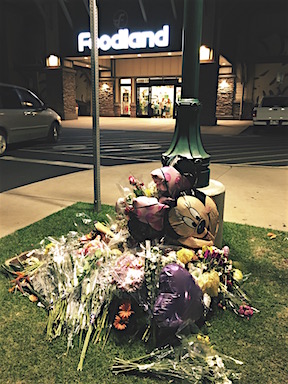 Whenever there was an argument or altercation, it was not difficult to hear the shouting matches that filled the night air. The neighbors across the street opposite of where they lived included a single mom raising a teenage daughter.

One night another argument ensued. Voices were raised. As the flash of blue lights from a police car stopped in the front of the house, the shouting subsided. I stepped off my front porch and saw my neighbor’s daughter standing outside her home. She crossed over to my house and told me she had called the police.

She added that she had asked the police not to tell the young couple that she was the one who placed the 911 call. But for some reason the police officer in the patrol car had not been informed of her request and so he promptly reported to the couple that a 911 call came in from their neighbor across the street.

The young girl said to me, “I called them because it sounded like he was going to hurt her. I heard him say loudly and clearly, ‘Oh, yeah! Well, I am going to kill you.’”

Whether or not that was his intention, the young girl said she was frightened and worried enough that she decided to place the call. Not long after that evening the father and his son moved out of the house. I do not know if they were evicted but the episode that night did not go unnoticed by others in the neighborhood.

Our reading from The Gospel According to Luke focuses on the parable of the Good Samaritan. It is perhaps the most familiar of all of Jesus’ parables.

For many of us today, we recognize the Good Samaritan as a person who comes to the aid of another or who is helpful to someone in trouble. (Feasting on the Word, Year C, Volume 3, Bartlett & Taylor, Westminster/John Knox Press, Louisville, Kentucky, 2010, page 239) But the parable of the Good Samaritan is about much more than being “nice” to others. This is not to say that rendering aid to someone in need is not to be lauded or emulated .

There is an edge to the parable that is scandalous. The parable pushes all of us to “identify, humanize and embrace” what Matthew Skinner, a New Testament theologian, describes as “the most unlikely candidates for their neighborly relationships.” (Op. cit., page 243)

When a man going down from Jerusalem to Jericho is attacked by robbers, he is stripped of everything and brutally beaten and left for dead. First, a priest passes by, then a Levite.

The priest and the Levite see the man but avoid him by crossing to the other side of the road, apparently concerned that if they were to touch him and he was dead, they would make themselves unclean. Like the lawyer questioning Jesus, they know “what is written in the law.” They know what is required for them to maintain their purity for worship as they make their way to the temple.

A Samaritan traveling on the same road saw the man and was moved with pity. He went to him, used oil to cleanse the wound and wine to dull the pain. He dressed him with bandages, picked him up, took him to an inn and promised the innkeeper that he would return to repay him for his care of the man.

The parable is scandalous in that we know the Jews and Samaritans despised one another. To the Jews in the Jesus’ world, the Samaritan in the parable represented an enemy.

The conflict between the Jews and Samaritans is unclear but we know from the account recorded in The Second Book of Kings (17:24-41) that the Samaritans were forced to migrate into what had been the Northern Kingdom after the Assyrian conquest in the eighth century BCE. Both claimed to worship the God of the ancient Hebrews, but each group had its own Scriptures, temple and religious practices. So the relationship between Jews and Samaritans was deeply strained during Jesus’ day.

Yet it was the Samaritan who did not pass by. Instead, he drew close to where the man lay to offer his kōkua. When Jesus asked the lawyer: “Which of these three, do you think, was a neighbor to the man who fell into the hands of the robbers?” (Luke 10: 36) the lawyer cannot even bring himself to say the word, “Samaritan.”

While we may find fault in the lawyer for failing to acknowledge that the real neighbor was a foreigner who was despised foreigner or a believer whose faith was different, it was nevertheless remarkable that he was able to respond to Jesus’ question by answering, “The one who showed him mercy.” (Luke 10:37)

The edge of the parable that is scandalous makes sense if we replaced the word “Samaritan” with the word of “Muslim.” We may see ourselves as good Christians, as the ones who would come to the aid of a traveler fallen by the wayside.

But it is more likely we would be the ones who, like the priest or the Levite, pass by on the other side of the road. The scandal of the parable is God’s mercy, God’s compassion, God’s kindness is often revealed to us in the most unexpected and unlikeliest of persons.

Such mercy, such compassion, such kindness are in short supply this week in light of the shootings in Minnesota, Louisiana and Texas. Instead there is an abundance of fear and anger, grief and despair despite those who continue to insist that guns do not kill people. People kill people.

The lawyer put Jesus to the test when he asked him, “Teacher, what must I do to inherit eternal life?” In the end it was the lawyer who was tested. The lawyer knowing what is written in the law answered correctly. We are to love God with all our heart, soul, strength and mind and our neighbors and ourselves. It is what we know to be true.

But like the lawyer, we often fall short. It is not enough to know the law of love. Jesus reminded the lawyer and he reminds us, “Do this, and you will live.” How are we to be caring neighbors? Gun sales in the aftermath of shootings like the ones that occurred this week might have us convinced that if we care, it is time to get that gun to protect ourselves and others.

No charges were filed the night the police responded to the 911 call from a teenage girl in my neighborhood. No one was arrested.

Yet, I cannot help but conclude that at least one if not two lives were spared the trauma of violence that night. It was the call of a teenage girl that was an act of mercy or kindness. (Luke 10:37, New English Bible)

A young man once asked the late Kurt Vonnegut, the late American author, about the future. Some have likened the lawyer’s question, “What must I do to inherit eternal life?” to the young man’s question, “Please tell me it will all be okay?”

Vonnegut responded, “Welcome to earth young man. It’s hot in the summer and cold in the winter. It’s round and wet and crowded. At the outside . . . you’ve got about a hundred years here. There’s only one rule that I know of: (God) damn it . . . you’ve got to be kind.” (A Man Without a Country, Kurt Vonnegut, Seven Stories Press, New York, 2005, page 107)