Peter Kassig, a former U.S. Army Ranger, began working for non-governmental organizations in providing humanitarian and emergency aid to civilians in Lebanon and Syria several years ago. He was captured in Syria in October 2013 by members of the Islamic State of Iraq and the Levant (ISIL or ISIS). In November 2014 he was beheaded by his captors. 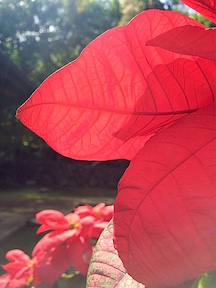 During his captivity, Kassig’s family said Peter converted to Islam and changed his name to Abdul-Rahman, which means “servant of the most merciful.” Despite his humanitarian work and his conversion to Islam, his captors chose not to spare his life.

Kassig as well as a dozen Syrian Shiite officers and pilots were beheaded on the same day. He was the third American, after journalists James Foley and Steven Sotloff, to be beheaded by the group.

It is widely assumed that the ISIS beheadings of not only foreigners but local villagers and townspeople were meant to intimidate others, including their own soldiers. Their tactics were so extreme that al-Qaeda disavowed the beheadings in early 2014.

Those who are inclined to criticize or condemn ISIS will point to the Quran (47:4) as a source for their religious justification for such actions in times of war. It is written: “Therefore, when ye meet the Unbelievers (in fight), smite at their necks; at length, when ye have thoroughly subdued them bind a bond firmly (on them): thereafter (is the time for) either generosity or ransom: until the way lays down its burdens. Thus (are ye commanded): but if it had been Allah’s will, he could certainly have exacted retribution from them (himself); but (he lets you fight) in order to test you, some with others. But those who are slain in the Way of Allah, he will never let their deeds be lost.”

There are those who would point to our reading from The Gospel According to Mark to remind us that the horrific beheadings by ISIS are no less horrific than what we read on the pages of our own Bible. In Sunday School and in seminary and throughout the years, I have always ignored or glossed over the horror of the beheading of John the Baptist.

Not anymore. There it is - a disturbing and dramatic account of an ancient beheading in light of the modern beheadings we have come to abhor and condemn. What are we to make of such a story?

Both Jesus and John lived during the time of Herod Antipas, ruler of Galilee (4 BCE – CE 39). It is said that the Herod family left bloody footprints throughout the New Testament. Herod the Great tried to kill the Jesus when he was an infant (Matthew 2:1-20); his son Archelaus posed a threat to the holy family including Mary and Joseph (Matthew 2:22); another son, Antipas, had John killed and beheaded; a grandson, Herod Agrippa I, killed the apostle James and arrested Simon Peter (Acts 12:1-4); and a great-grandson, Herod Agrippa II, heard Paul’s defense of himself at Caesarea (Acts 25:13-26:32) (Preaching Through the Christian Year B, Craddock, Hayes, Holladay & Tucker, Trinity Press International, Harrisburg, Pennsylvania, 1993, page 434).

Why were the arrest, imprisonment and death of John the Baptist so important to Mark? For Matthew and Luke, their accounts of John’s death are much briefer (Matthew 14:1-12; Luke 3:19-20; 9:7-9). But like Mark, “they testify to the major importance of John, who had disciples, who baptized Jesus, who preached much the same message as Jesus, who died a martyr’s death, and whose movement continued after his death, as far away as Alexandria and Ephesus (Acts 18:24-19:3)” (Op. cit.).

It is Mark who begins his account of Jesus’ life by telling us that John’s ministry was “the beginning of the good news of Jesus Christ” (Mark 1:1-14). For Mark, John’s story serves to highlight the significance of who Jesus is.

It is clear that “the sword of political power, whether in the hand of a waffling vacillating Herod (Mark 6:20, 26) or a waffling, vacillating Pilate (Mark 15:6-15), will strike down” those who are prophets (Ibid., page 344). So we come to recognize that the death of John at the hands of Herod anticipates the death of Jesus at the hands of Pilate; that the burial of John anticipates the burial of Jesus (Mark 6:29; 15:46).

As disturbing and distressing as the story may be about the suffering and death of John, Mark wants us to be thinking about Jesus. Thinking about Jesus is what comes through in The Letter of Paul to the Ephesians.

The letter begins with a very, very long blessing. In the original Greek version, the entire reading is one long sentence of praises for God and the unity of all creation through Jesus the Christ.

The vision of the unity of all creation includes not only the Ephesians but all people. We know that the people of Ephesus were Gentiles. Paul makes clear that God’s blessing and grace are for Gentiles and Jews alike (Galatians 3:28).

But God’s blessing and grace are, indeed, for all people and for all of creation.

It is hard to imagine that any good can come out of the horrific stories of the beheading of Peter Kassig and John the Baptist. But I believe in both instances Peter and John knew that they were loved by God; that they chose to move beyond themselves and into the world to care for others.

In the month before his death, Kassig wrote a letter to his father. “Don’t worry dad, if I go down, I won’t go thinking anything but what I know to be true - that you and mom love me more than the moon and the stars.” Their love was a source of strength for Kassig.

Mark began his gospel with the proclamation made by John the Baptist who anticipates the coming of Jesus: “The one who is more powerful than I is coming after me; I am not worthy to stoop down and untie the thong of his sandals. I have baptized you with water, but he will baptize you with the Holy Spirit” (Mark 1:7-8). For those in the church in Ephesus in the first century and for those of us in the church today, the love of God is the source of strength for all of us.

We may lament the beheading of John the Baptist and point to the evil that led to his death. We may want to cry vengeance and to call on God to reign down death on Herod’s family.

After all we recall the instructions to the ancient Israelites on the rules of warfare: “... God is giving you as an inheritance (the towns of your enemies) . . . you must not let anything that breathes remain alive. You shall annihilate them – the Hittites and the Amorites, the Canaanites and the Perizzites, the Hivites and the Jebusites – just as the Lord your God has commanded, so that they many not each you to do all the abhorrent things that they do for their gods, and you thus sin against the Lord your God” (Deuteronomy 20:16-18).

But the good news of Jesus Christ invites us to consider a new way. Jesus said: “You have heard that it was said (to those of ancient times), ʻYou shall love your neighbor and hate your enemy’ but I say to you, ‘Love your enemies and pray for those who persecute you, so that you may be children of your Father (sic) in heaven; for he makes his sun rise on the evil and the good, and sends rain on the righteous and on the unrighteous’” (Matthew 5:43-48; Luke 6:27-36).

God’s blessing and grace are for all people and for all of creation.

Let us pray: God of heaven and earth and all that is, you have created one human family, and you invite all people to become brothers and sisters with one another, and with Christ. May we heal the brokenness in our lives and in our world that divide us. May we grow in love for one another and all of your creation. Amen.