A Cup of Cold Water is a ministry of the Episcopal Churches of Maui that provides water, food, clothing and bath items for those who are homeless. Each week a community van with a team of volunteers finds its way to locations across Maui feeding those who are hungry, providing clothing to those in need, and offering A Cup of Cold Water. But more than anything they also offer compassion and hope, both of which seem to be in short supply these days.

Through the work of our own Outreach Committee we have been able to provide a grant to support the work of A Cup of Cold Water. Other churches and temples as well as community groups have also provided their kōkua.

Each week we receive online “snapshots” of their encounters at Kanahā, Kīhei and Lāhainā. During the week of July 12th, 36 persons were served in South Maui. Two were infants. On another day seventy (70) sandwiches were donated 56 were served.

A trip to West Maui a few days later included 50 peanut butter and jelly sandwiches made by Sharon and Leo that were served to 65 persons. The journal entry or snapshot included a notation that the day which read: “listening ... plenty of short stories and discussion take place in the street.”

Then it was back to South Maui the next day where 39 others were served. A few days later, another 60 were served in Central Maui.

A Cup of Cold Water began with a vision and lots of prayer. I imagine the work began without much money or resources to meet the needs of the homeless on our island. So in one sense, what began as a vision became a miracle, a miracle not unlike the feeding of the five thousand on the shores of the Sea of Galilee centuries ago.

My hunch is that the boy who had the five barley loaves and two fish looked over the crowd and wondered as one of Jesus’ disciples wondered, “What are five barley loves and two fish among so many people?” (John 6:9) My hunch is that the boy may have wondered – even though it seemed considerably less of a challenge - how it was possible for Sharon and Leo to feed 65 persons with 50 peanut butter and jelly sandwiches.

The miracle in West Maui and the miracle on the shores of the Sea of Galilee were not in the 50 sandwiches or the five loaves of barley and two fish, but in the way all came to realize that by sharing with one another there would always be more than enough for everyone.

Such miracles come because “ ... instead of holding tight to what is ‘ours’, we decide to more deliberately share what we have.” It is possible to get more out of what may seem like a little.

I am certain most if not all of us have grown up in families bewildered by how it was that we were able to satisfy our hunger when there were so many mouths to feed. But as I think back on my childhood, I remember marveled at how my aunt was able to feed a household of six adults and six children.

She was a wonderful cook. She would take some hamburger and mix in some day old bread to make meat loaf. The hamburger was expanded to include not only the bread, but a couple of eggs and a round onion. The miracle was complete.

When I wondered why the bread was added, my aunt would simply say, “For stretch ‘em.” And if you have ever wondered why macaroni salad ended up being a staple on our island plate lunch, the operative principle was the same. The miracle of elbow macaroni was evident. “Stretch ‘em!” with mayonnaise, some eggs, maybe some celery and carrots and you would have enough for everyone. 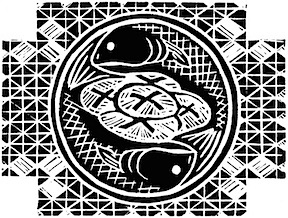 I am almost inclined to believe that when Jesus took the loaves and the fish, and when he had given thanks and distributed them to those who were seated, he knew well enough that if everyone was going to be satisfied, it was important to – “Stretch ‘em!” (John 6:11). I am not sure how he did but he did it well enough that there were leftovers.

After everyone had eaten their share of bread and fish that day on the shores of Galilee, they saw what Jesus had done and they said to one another, “This is the prophet who is come into the world.” (John 6:14). That realization was not lost upon Jesus. Concerned that they were about to come and take him by force to make him king, he decided to withdraw again to be by himself.

My aunt was not a prophet but she knew enough to feed a household of hungry mouths. My hunch is that for Jesus, he knew well enough how to do the same.

What we learn from our reading from The Gospel According to John is not how we might come up with a reasonable explanation for the miracle but to recognize and affirm “the way in which God’s grace can be revealed and multiplied in the context of a sharing community” (Seasons of the Spirit, SeasonsFUSION Pentecost 2015, Wood Lake Publishing, Inc., 2014, page 130). As we look about our world, we are sometimes overwhelmed what seems to be the human spirit at its worst.

Our inhumanity to one another is not a curse from God but something we bring upon ourselves again and again. Anger, fear and yes, hatred, seem to rule all our days. Violence surges in places near and far. There is a yearning and hunger for compassion. We long for miracles to bring an end to all of our troubles.

But many of us have grown cynical and skeptical about the extraordinary dimensions of miracles. We miss what Douglas Hall, an Emeritus Professor of Christian Theology, refers to as “the extraordinary within the ordinary” (Feasting on the Word, Year B, Volume 3, Bartlett & Taylor, Westminster/John Knox Press, Louisville, Kentucky, 2009, page 288). We fail to see the miracle of God’s grace in our world.

He offers a quotation from the poet Elizabeth Barrett Browning who reminds us:

Earth’s crammed with heaven,
And every common bush afire with God;
And only he (sic) who sees takes off his (sic) shoes –
The rest sit round it and pluck blackberries.

Hall goes on to say that what is truly miraculous, what is truly wonderful about the feeding of the five thousand is that Jesus “could represent, by his words and deeds, such a sign of hope and healing that hundreds of needy people would follow him about, and feel that their hunger for ‘the bread of life’ had been assuaged,” had been satisfied (Ibid., page 286).

“What is truly,” miraculous, “awe-inspiring is not that (Jesus) could walk on the surface of the water without sinking, but that his presence among ordinary, insecure and timid persons could calm their anxieties and cause them to walk where they feared to walk before – in the end, all the way to their own Golgothas” (Op. cit.)

The Hawaiian word hulihia translated into English means “a complete change” or “transformation.” Throughout the month of July hulihia has been the operative word for our exploration of God’s ability to act in surprising ways to transform our lives and our world (Op. cit.).

We can accomplish great things through the power of God’s steadfast love. We can contribute to bringing about a just and peaceful world through God’s grace. We can reconcile the deep divisions within our human family and within our own families through God’s forgiveness.

Today we honor the God who grounds us in love, grace and forgiveness and wonder at the miracles we might accomplish through the power of God at work in us and with us (Seasons of the Spirit, SeasonsFUSION Pentecost 2015, Wood Lake Publishing, Inc., 2014, page 131). I received a copy of the poem in the mail this week from a member of our church family who lives in Colorado.

Ellery Aker’s offers the following poem - The Word That Is a Prayer - in her most recent collection of poetry, “Practicing the Truth.” It was published this year by Autumn House Press and appeared in the New York Times Sunday Magazine on July 5, 2015.

She writes:
One thing you know when you say it:
all over the earth people are saying it with you;
a child blurting it out as the seizures take her,
a woman reciting it on a cot in a hospital.
What if you take a cab through the Tenderloin:
at a street light, a man in a wool cap,
yarn unraveling across his face, knocks at the window;
he says, Please.
By the time you hear what he’s saying,
the light changes, the cab pulls away,
and you don’t go back, though you know
someone just prayed to you the way you pray.
Please: a word so short
it could get lost in the air
as it floats up to God like the feather it is,
knocking and knocking, and finally
falling back to earth as rain,
as pellets of ice, soaking a black branch,
collecting in drains, leaching into the ground,
and you walk in that weather every day.

So it is that we all yearn, that we all hunger, that we all plead for miracles. We offer the word that is also our prayer to God – Please. It may be that God will grant us the miracle for which we plead, but whatever the outcome, whatever the consequence the greater miracle will be in knowing that God hears us and that God is present with us through all our days.