"To make him a king"

I did not know Kalua personally. We never met. We never spoke to each other. What I know of him is what I heard and what I learned from others. He was a kahuna la‘au lapa‘au – a kahuna or practitioner of Hawaiian medicine. 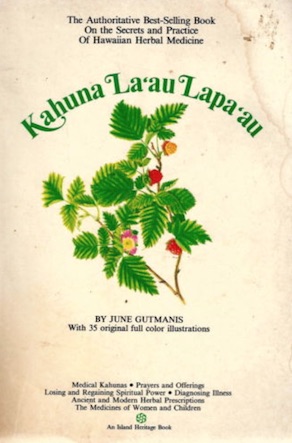 I knew other kūpuna or elders who were also practitioners of Hawaiian medicine – including Kahu David Ka‘alakea, a pastor of a Pentecostal church in Kīhei, and others who were members of our Kalawina* churches. Many, like Kalua and Kahu Ka‘alakea are no longer with us.

My first introduction to Kalua was through the late Uncle Donald Martin. At the time Uncle Donald and Auntie Mele were living in Lāhainā. One day, Uncle Donald shared a story about one of his visits to Kalua.

Kalua’s practice was out of his home in Lāhainā. Uncle Donald had gone to see him concerned about his physical ailments. I do not remember if Uncle Donald said it was for his diabetes or if he had gout.

He was not one to forgo the treatments available through Western medicine, but he did find value in consulting with Kalua. I was told that Kalua never asked for monetary payment in exchange for his services and that that was his way of acknowledging that his care for those seeking healing was a God-given gift with which he had been blessed and that it was not to be commodified.

“I went to see Kalua,” Uncle Donald said. “When I sat down with him, I told him I wasn’t feeling well. I expected him to ask me questions and then to offer what he thought would be remedies for my complaints.

“He looked at me, crossed his arms, leaned back and said, “Uncle Donald, you know that your pilikia is. You know your trouble.”

“‘He lifted up his right hand and listed the three causes for my ailments: ‘Fork, spoon, chopsticks!’ he said. ‘You get humbug because you not eating healthy.’”

It was an obvious and in some ways an ordinary assessment but I could not help but think that Uncle Donald may have been hoping for a miracle – something extraordinary – that would cure him of all of his physical afflictions. Why would he not hope for a miracle.

Our reading from The Gospel According to John begins with an account of a large crowd that kept following Jesus because they saw the signs he was doing for the sick. In the verses that follow, we come face to face with two of Jesus’ better known miracle stories: his feeding of the five thousand (John 6:1-15) and his walking on water (John 6:16-21). The feeding of the five thousand is the only miracle story recorded by the four gospel writers – John as well as Matthew, Mark and Luke - and except for Luke, the account of Jesus walking on sea is recorded by John as well as Matthew and Mark (Matthew 14:13-33; Mark 14:35-52).

Despite the exception, what is clear is both miracle stories give us cause to look more closely at their significance for the early church and for us today. For John, these stories point to Jesus’ “divine character and purpose” (Feasting on the Word, Year B, Volume 3, Bartlett & Taylor, Westminster/John Knox Press, Louisville, Kentucky, 2009, page 285).

While the large crowd gathered on the Sea of Galilee were people who quickly became preoccupied with wanting to see more of Jesus’ miraculous healing power (John 6:14), John reminds us that it was more significant for us to understand who Jesus was then and who he is for us today than with what he did.

In one sense the feeding of the five thousand and Jesus walking on water are familiar when we considered the story of the exodus out of ancient Egypt. We find parallels in the parting of the waters at the Red Sea and the feeding of the people in the wilderness.

In both instances we become aware that the feeding of the five thousand becomes John’s theological equivalent of “the last supper” and Jesus’ walking on water as a symbol of the sacrament of baptisms (1 Corinthians 10:1-5). All of this may seem to have little significance for us today.

But when the people saw the signs of what Jesus had done that day on the other side of the Sea of Galilee – healing the sick and feeding the hungry – and when the disciples saw him walking on water – they all began to wonder: Who is this man? They began to say to each other: “This Jesus must be the prophet whom we have heard that was to come into the world” (John 6:14).

When Jesus realized that the people were about to come and take him by force to make him their king, he withdrew to the mountain by himself (John 6:15). Karen Yust, a professor of Christian Education at Union Presbyterian Seminary in Richmond, Virginia reminds us that Passover is a time which celebrates God’s deliverance of Israel from captivity in Egypt.

She writes, “John’s observance of the time suggests the exodus as the appropriate lens for viewing the feeding. The people, however, do not fully understand either the significance of the moment or Jesus’ identity”

Jesus was not engaged in rallying the people and to make campaign promises to become a king. But for the people who were on the surrounding shores of the Sea of Galilee centuries, they wanted a king who oud heal the sick, feed the hungry, and free them from Roman oppression.

Ironically, there are many people today who want a king or a sultan, a prime minister or a president to be a Messiah. Many, including ourselves, want someone who will save us from the intrusion of others into our work places, schools, churches, even our families, whom we perceive to be different; others whom we look upon as a threat to our way of life.

There are kings, sultans, prime ministers and presidents who may be enticed into seeing themselves as messiahs. But perhaps they would be wise to withdraw to a mountain by themselves as Jesus did when the people sought to make him their king and consider their purpose.

Jesus came to heal us and in healing us to save us, to set us free from the hatred and animosity, anger and fear, violence and greed, arrogance and ignorance we experience in our lives and in the world. Ke Akua – God – did not promise us a king or a sultan, a prime minister or a president, but a Messiah and for that we give thanks.

We join our voices with the psalmist to declare: “E mililani aku kāu mau hana a pau iā ‘oe, e Iēhova, a e ho‘omaika‘i aku kou po‘e e haipule iā ‘oe. All your works shall give thanks to you, O Lord ,and all your faithful shall bless you” (Psalm 145:10).

*Kalawina – is the Hawaiian word for Calvinist – a descriptive word for the churches that were established throughout the islands between 1820-1848 by New England missionaries who were sent to Hawai‘i by the American Board of Commissioners for Foreign Missions. The theology of the missionaries were based on the work of John Calvin.