“Being Rich Toward God” 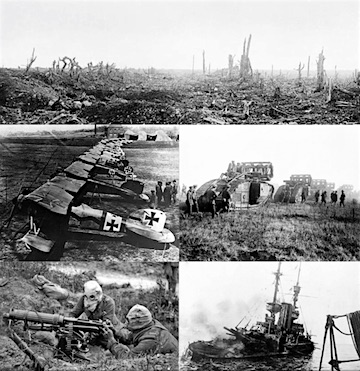 All of the world’s economic powers assembled themselves into two opposing alliances – the Allies that included the British Empire, France and the Russian Empire; the other the Central Powers of Germany and Austria-Hungary. The alliances grew as more nations entered the war. Italy, Japan and the United States joined the Allies while the Ottoman Empire and Bulgaria joined the Central Powers.

By the end of the war the German Empire, Russian Empire, Austro-Hungarian Empire and the Ottoman Empire ceased to exist. New national boundaries were drawn. There are those who would make a case regarding the cost of the war in economic terms arguing that war is good business.

But the true cost of the war was the death of 16 million people. Nine million military combatants and seven million civilians died.

It was out of that period that The Pension Boards of the United Church of Christ (PBUCC) came into being. I received a Summary Report of the 102nd Annual Meeting of The Pension Boards that was held on May 13, 2016 when I opened my mailbox yesterday.

It is the kuleana or responsibility of the boards to manage the investment of funds that makes it possible for clergy and church workers to retire with some degree of comfort. As I consider my own retirement, I have had to rely on the wisdom of investment managers to help me navigate through what is a daunting financial landscape.

I came across a couple of paragraphs in the summary report that illustrate how daunting that can be. “Combined net assets (of the funds) on December 31, 2015 was $3.1 billion, of which $2.9 billion was held in trust for members. Annuitants represent the largest fund, at $1.7 billion.”

“2015 has been called the ‘worst year for asset allocation’ . . . it was a relatively benign year on the surface, but deeper dynamics caused many programs, pensions and endowments to struggle in generating returns. The overall year was not overly positive for a number of different asset classes. The most positive were U.S. stocks, but other diversifying assets available to pensions . . . struggled.”

Those managing the assets have indicated that they are “adapting to significant changes in the U.S. fixed income market. Interest rates are lower than they have been in the last 30 years, and do not offer the same protection against a downdraft in the markets.”

For many of you who have retired and for others of us who are considering retirement, we cannot ignore the impact fluctuations in the financial marketplace will have on our own lives. I confess that I worry a bit.

Those in the financial marketplace who see themselves as wealth managers remind us that regardless of the fluctuations that may occur, the “portfolios are being positioned for the longer term . . and the belief that over the next three years these efforts will bear fruit” as in more money.

While I am appreciative of that optimistic view, our reading from The Gospel According to Luke “paints a vivid image of the dangers of wealth for its own sake. Those who have possessions in abundance risk the sin of greed: ‘enough’ is never enough, ‘more’ is only to be hoarded, and ‘I, me, and mine’ matter more than anybody else.” (Feasting on the Word, Year C, Volume 3, Bartlett & Taylor, Westminster/John Knox Press, Louisville, Kentucky, 2010, page 310)

Audrey West, a New Testament scholar, writes: “The propensity toward greed stands in striking contrast to God’s providential care for rich and poor alike.” We may be inclined to pass judgement on the rich man in Jesus’ parable.

But there is nothing in the parable that implicates the man as manipulating the market, stealing from his neighbors or mistreating his workers. He is not a criminal. (Preaching Through the Christian Year C, Craddock, Hayes, Holladay & Tucker, Trinity Press International, Harrisburg, Pennsylvania, 1994, page 361)

His land produces a great bounty. His barns are overflowing. The soil, sun and rain make him a wealthy man. He is not wasteful or careless.

Why should anyone berate him for tearing down his barns to build larger ones to store the excess crops? Was he not wise in wanting to protect himself from future uncertainty?

Audrey West recalls: “After all, this is precisely what the young Joseph advises Pharaoh after interpreting a dream to mean seven years of plenty and seven years of famine (Genesis 41:17-36); store up the excess in the fat years so that there will be enough for everybody in the lean ones.” (Feasting on the Word, Year C, Volume 3, Bartlett & Taylor, Westminster/John Knox Press, Louisville, Kentucky, 2010, page 312) Is it not good stewardship to invest in the future by saving today?

And why should the rich man not “eat, drink and be merry” in his good fortune? There is evidence in the Bible we ought to celebrate a good harvest and rejoice in our good fortune.

Why then would Jesus insist that God would call the rich man a fool? He is a fool because he lives completely for himself. He talks to himself, he congratulates himself, he plans for himself.

Whether in Greek or English what dominates the story is the use of the pronouns “I,” “me,” and “my.” He is concerned only about himself and no one else. (Ibid.)

Throughout Luke’s account of the life of Jesus and through what we know of the church down through the centuries, “the act of giving to the poor remains a central element” of the Christian faith. “The man in the parable,” Audrey West adds, “is so self-centered . . . that he cannot see beyond what he considers to be ‘his’ harvest, ‘his’ barns, and ‘his’ own life.” (Ibid.)

Perhaps like the emperors and pharaohs of the past, he may be tempted to be buried with his wealth but for what purpose and to what end? The parable concludes with a word of caution that we take to heart.

We must not store up treasures for ourselves. Throughout his account of Jesus’ life, Luke makes clear what it means for us to be rich toward God. We must use our resources for the benefit of our neighbors in need, as the Samaritan who was a foreigner did (Luke 10:25-37).

I must confess that I worry about a global economy based on a century of wars. But that worry is tempered by the hope that comes to us from our reading this morning.

The Rev. Patricia Lull is a Bishop in the Evangelical Lutheran Church of America. She admonishes us to remember: “When all is said and done,” the parable of the rich fool, “invites . . . us . . . to put our trust in something more durable than the volatile fluctuations of a global economy. Instead of banking on more and larger storage barns, God invites all” . . . of us . . . into the eternal economy of Christ’s grace and mercy.” (Ibid.)

Luke reminds us that that grace and mercy comes through the ways in which we share our resources with others. After all, that was the message of John the Baptist (Luke 3:10-14) and of Jesus (Luke 6:30; 16:19-31) and it was the practice of our early Christian ancestors (Acts 4:34-37). We should do no less.