"Live to the Lord"

I was on O‘ahu for a meeting on Wednesday. The meeting ended early enough for me to see if I could return home to Maui on standby. I was relieved when the airline agent said there was room on a flight that was scheduled to leave in about 20 minutes.

The ticket indicated that I was seated in the fourth row in seat E – which I quickly discovered was in the center of D and F. I noticed that the man seated on the aisle had a medical identification bracelet. The woman next to the window looked like she had just completed a long hike somewhere in the Ko’olau mountains.

“You look like you work for the Nature Conservancy,” I said. “I work for Monsanto,” she replied. Then she apologized saying, “Sorry, about the dirt and sweat.”

“Oh, Monsanto,” I said aware of the controversy surrounding the company’s work with genetically modified organisms here in Hawai‘i. “You know,” I continued, “I think it’s important that GMO products be labeled and that farmers whose crops become GMO crops because of cross-pollination through no fault of their own should not have to pay the company money the company says they are due.” 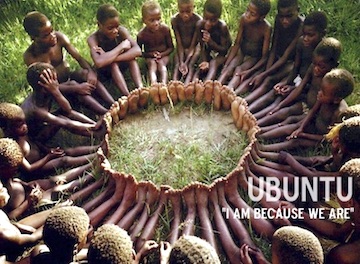 I did not say it with any disdain for her or her work, but with a genuine concern. She acknowledged what I said with a nod, though not necessarily in agreement.

The truth be told I was invited to offer a blessing for Monsanto when they first opened their facility in North Kīhei many, many years ago. At the time, it was under the name of another company.

One of our church members was employed by the company. I knew next to nothing about the work they were doing with corn but it was through him that I learned about how crops which were genetically modified were resistant to weeds, insects, the effects of climate change and produced a greater yield at the time of harvest.

While some point to the uncertainty of the long term impact of GMO crops; others point to some of the benefits. Globally around 670,000 children die every year and another 350,000 go blind because they are Vitamin A-deficient. Vitamin A deficiency is the leading cause of preventable blindness in children, especially in Southeast Asia where rice is a food staple. The development of Golden Rice, a genetically modified grain contains beta carotene, a source of Vitamin A.

That outcome coupled with the World Health Organization’s emphasis on home gardens where fruits and vegetables are grown has had an impact on the lives of children not only in Southeast Asia but in Africa.

Over the years the debate on the impact of GMOs on corn to papayas as well as taro has become increasingly contentious. That has become especially true here on Maui. In the process, proponents and opponents have found themselves mired in characterizing one another as “greedy” or “unenlightened” or worse.

There is a lesson to be learned from our reading of The Letter of Paul to the Romans about the judgments we make about those with whom we may disagree. It is true that Paul is “speaking about doctrinal issues of the sort that led to serious disputes with James and Peter, issues so serious that many in (the church in) Rome saw confusion over them as a basis for denial of fellowship.” (Feasting on the Word, Year A, Volume 4, Bartlett & Brown, Westminster/John Knox Press Louisville, Kentucky, 2011, page 62)

But whether inside the church or out in the wider world, we are aware of issues about which we . . . are so passionate that we cannot avoid portraying our opponents as confused . . . (on) issues considered so significant that (we find ourselves) rejecting one another - abortion, evolution, creationism, LGBTQ rights, the ordination of women, the authority of Scripture, (even) the Eucharist. (Op. cit.)

The Rev. Dr. William Greenway is a Professor of Philosophical Theology at Austin Presbyterian Seminary in Austin, Texas. He writes: “Whatever your side, (whatever side you may be on) if you see any controversy dividing today’s church, Paul is speaking to you” and to me. (Op. cit.)

The same may be said for any controversy dividing our society today when we deny the worth of another person. Paul is speaking to you and to me.

Even if we disagree with one another, Paul suggests “that we should not stop advocating for our respective views (our own views).” (Op. cit.) Such dialogue, such conversations is something he values. His concern and passion is not with the issues and the points of view we may have but with the spirit of how we engage one another in conversation within the church – and I would also add “outside the church.”

Whether we find ourselves in dialogue with one another or with simply “talking story’ we ought to do so with what Greenway calls “the radicality of grace, the radicality of life lived beyond judgment, beyond justice – life that loves real and enduring enemies.” (Ibid., page 64) “Our spirit,” he adds, “for and toward those with whom we bitterly disagree is Paul’s focus.” (Op. cit.)

But it became apparent that for some it was difficult to separate the one from the other. The “sinner” became a personification of a particular sin or evil.

Sadly, we now live in a world where we see many who not only hate others, but who are “energized by their hate.” (Op. cit.) Our conversations these days are laced with what have essentially become clichés as we find fault in conservatives or liberals, the alt-right or the alt-left, in antifa or in the neo-Nazis.

As the flight took off from Honolulu for the return to Maui, the Monsanto woman turned to reading and the man with the hospital identification bracelet took deep breaths. He said nothing throughout the flight but as we touched down on the tarmac at Kahului Airport he said, “I have to wait for a wheelchair, so you can go ahead.”

As we taxied towards the gate, he explained that he had surgery on his back. He said he was doing okay. We talked a little bit more about family and about Maui.

I wished him well and bid aloha to my other traveling companion.

I thought about Paul’s letter to the Romans and the quarreling that occurred in the early church. “Some believe in eating anything, while the weak only eat vegetables. Those who eat must not despise those who abstain, and those who abstain must not pass judgment on those who eat; for God has welcomed them.”

I thought about the quarreling that occurred in public hearings on genetically modified organisms. Whatever opinions I may have about GMOs, I saw in both of my travelling companions my own humanity.

We are capable of diminishing the value and worth of another human being whenever we stop seeing that person as a child of God. It is a profound lesson learned by those who were engaged in the struggle from 1948 to 1991 to end the system of apartheid in South Africa.

It was Bishop Desmond Tutu who wrote: “Africans believe in something that is difficult to render in English. We call it ubuntu, botho. It means the essence of being human.”

“You know when it is there and when it is absent. It speaks about humaneness, gentleness, hospitality, putting yourself out on behalf of others, being vulnerable. It embraces compassion and toughness. It recognizes that my humanity is bound up in yours, for we can only be human together.”

Tutu would concur with Paul’s invocation of a “pivotal transcending truth” of the faith we share: “ . . . whether we live or die, we are the Lord’s.” (Romans 14:8) We may have theological, doctrinal, social and political disagreements, but we should not let such disagreements cause us to despise one another.

Greenway sums up our reading from Paul this morning in this way: “First and last, we argue for the right and struggle for the good, not for the sake of ourselves or our own opinions or identity – or even for the sake of the church, justice, or the good – but because we are moved by love and concern for every particular other (person), which is to say, because in life and in death we belong to God.” (Ibid., page 66)

Quite simply, we live to the Lord because we are all children of God and therefore we are all sisters and brothers to one another. For that, we give thanks to God. Amen.