“An Invitation to Listen”


I have never really been afraid of the dark. I suppose much of that had to do with growing up in the country. There were no street lights where we lived.

There were neighbors nearby. At the end of the evening, when it was time to go to bed, everyone would turn off their lights. For me it was an opportunity to welcome the dark of night and the rest that came from sleeping. 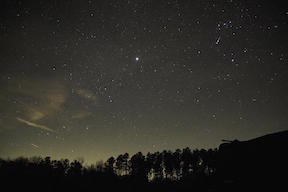 I was never afraid of the dark and I suppose that was also due, in part, to my knowing that the light of day was never very far away. The darkness lasted for only a moment.

Jeremiah of Anathoth was the son of Hilkiah. He was a prophet of Judea born sometime between 645 and 640 BCE.

Our reading from The Book of Jeremiah puts right in the middle of the impending doom and destruction that is about to befall the kingdom of Judah. Jeremiah offers a warning: “I looked on the earth, and lo, it was waste and void; and to the heavens, and they had no light” (Jeremiah 4:23).

The siege of Judah by the Babylonians is close at hand and will eventually lead to the exile of the people from Judah to Babylon. Jeremiah does not simply look upon the fall of Judah as a matter of political unrest and instability. He is concerned with the deeper roots of the catastrophe and attributes the fall of Judah to the spiritual foolishness of the people.

They have forgotten God and allowed themselves to be ruled by their own self-interests. He criticizes the people of Judah for their worship of other gods but more especially for their failure to live with hearts of justice and compassion.

So for now there is only judgement and doom. Creation will return to a formless void. There will be an absence of light and the land will no longer be fruitful. Creation will suffer and bear witness to the consequences of humankind turning away from their hope in God.

Our reading from The Gospel According to Mark reminds us that at another time, creation bore witness once again to the consequences of humankind turning away from their hope in God. In Jeremiah’s day and in Jesus’ day the people hoʻohuli – they turn away from God and in turning away their covenant, their relationship with God is broken. Darkness comes over the whole land as Jesus absorbed the death and destruction brought about by that “turning away.”

After the earthquake in Chile over the last week and the natural disasters that seem to be occurring almost every day around the world and after reports that Russia is now providing more and more military arms and equipment to Syria even as the U.S. and its allies provide more and more military arms, equipment and training for the opposition forces, it would seem that the world is coming to an end and that Jesus is due back any day now.

It is Jeremiah who declares: “The days are surely coming, says the Lord, when I will make a new covenant with the house of Israel and the house of Judah [with humankind] ... I will put my law within them, and I will write it on their hearts; and I will be their God and they will be my people” (Jeremiah 31:31, 33).

In time, the death of Jesus on the cross would become the fulfillment of yet another covenant written on the human heart. God so loved the world – a world that has been entrusted into our care – that a child was born who would in time declare: “I am the light of the world. Whoever follows me will never walk in darkness but will have the light of life” (John 8:12).

If the world ever comes to an end, it will be at our hands; not the hands of God, but our hands. Our hope is in the one who made not only the heavens, but the earth. The writer Thomas Berry offers us words of hope in the midst of doom. 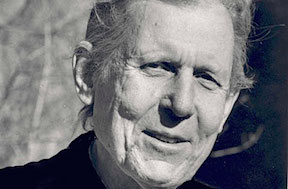 Berry’s focus on the spiritual power of nature grew out of his childhood exploration of the woods and fields around his home. He recalled one particular experience of stumbling upon a meadow blanketed with lilies when he was about 11 years old.

It was an experience that shaped a lifetime of his own thinking. “Whatever preserves and enhances this meadow in the natural cycles of its transformation” he concluded, “is good; what is opposed to this meadow or negates it is not good.”

When he was 20, he entered a monastery of the Passionist Order of the Roman Catholic Church, taking the name Thomas. He was ordained in 1942, but pursued a life of a scholar, receiving his doctorate from the Catholic University with a dissertation on the philosophy of history (Thomas Berry, Writer and Lecturer with a Mission for Mankind, Dies at 94, Andrew C. Revkin, The New York Times, June 3, 2009).

It is said that “his books and lectures inspired a devoted lineage of academicians and environmentalists” prompting them “to explore the interface of religion, human nature and ecology” (Op. cit.). While others saw him as an influential environmental theologian, Berry called himself a “geologian.”

As a geologian, we would not be far from the truth in assuming that Berry knew well the words of the psalmist: “The heavens are telling the glory of God; and the firmament proclaims God’s handiwork. Day to day pours out speech, and night to night declares knowledge. There is no speech, nor are there words; their voice is not heard; yet their voice goes out through all the earth, and their words to the end of the world” (Psalm 19:1-4).

How can that be? What is their voice and what are their words?

In The Great Work: Our Way Into the Future published in 1999, Berry laments our failure as human beings to care for our air, water and soil. “We are talking only to ourselves,” he writes. “We are not talking to the rivers, we are not listening to the wind and stars. We have broken the great conversation. By breaking that conversation we have shattered the universe. All the disasters that are happening now are a consequence” of our own failures to listen and to hear.

We may suppose that Berry is a prophet of doom. But like the prophet Jeremiah, he also offers us words of hope which come from the place of his birth:

Look up at the sky –
The heavens so blue, the sun so radiant,
The clouds so playful, the soaring raptors,
The meadows in bloom, the woodland creatures,
The rivers singing their way to the sea,
Wolf song on the land, whale song in the sea,
Celebration everywhere, wild, riotous,
Immense as a monsoon lifting an ocean of joy
And spilling it down over the Appalachian Landscape,
Drenching us all with a deluge of delight
As we open our arms and rush toward each other,
You and I and all of us
Moved by that vast compassionate Presence
That brings all things together in intimate Celebration
Celebration that is the universe itself.

There are those in the world who would want us to turn our backs on one another and to push away those who are different assuming that they are a threat to our way of life, our way of thinking, our values, our beliefs. Berry would have us rush toward each other not with judgment but with compassion and in doing so to discover once again that the light of the life that is ours in Jesus Christ will never be overcome by darkness. 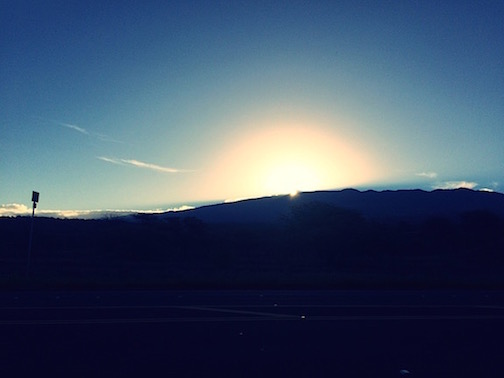