"Who was the greatest?"

It happens whenever we read a book, see a movie or watch a game of sport for the second time. We already know the conclusion, the result. Whatever may have transpired earlier in the plot or the game seems inconsequential.

It doesn’t matter what happened to a character over time in a book or film. What matters is that it all ended well. It doesn’t matter how many mistakes were made by the players in a game or what it took to pull off a win, the result is what counts. 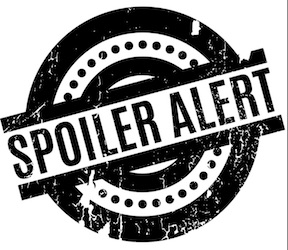 But for those reading a book or seeing a movie or watching a game of sport for the first time, it may be difficult to understand the conclusion or result if someone were to take it upon himself or herself to tell you what happens in the end. Journalists, sportscasters, newscasters and others in similar professions will alert viewers or listeners who may not know the results of a basketball game or how a movie ends by issuing a “spoiler alert.”

Our reading from The Gospel According to Mark this morning is a story whose ending we already know. But for the early disciples they are only beginning to hear that Jesus will “undergo great suffering and be rejected by the elders, the chief priests, and the scribes, and be killed, and after three days rise again” (Mark 8:27). There is no “spoiler alert” for them.

They struggle to understand who Jesus is and what that means for their own lives. It is difficult for them to accept that he would be betrayed and killed (Mark 9:31).

Jesus tells the disciples that he will be “placed in human hands, and human beings will kill him” and then he reassures them by saying, “God, however, will pronounce a different verdict, and three days after being killed, he will rise again” (Feasting on the Word, Year B, Volume 4, Bartlett & Taylor, Westminster Press/John Knox Press, Louisville, Kentucky, 2009, page 95).

In the immediate moment, the disciples are unable to understand what he is saying, not because what he said is confusing but because they could not fathom or accept that he is going to be killed and the idea that he would rise from the dead makes no sense to them.

Despite their fear and misunderstanding, we cannot fault the disciples for their response. We know that, in time, they will come to know that everything Jesus said would come to pass. Everything would happen as he said.

Fortunately for us, we have the gift of hindsight, of looking back on the story of Jesus’ life. It is in looking back that we must come to our own understanding of who he is and what that now means for our own lives.

The response of the early disciples became problematic not because of their misunderstanding or fear, but because they were involved in a discussion about who was the greatest among them (Mark 9:33-34). It is a problem we face in our own day and time. “Their obsession with position and power rendered them incapable of comprehending, much less accepting, Jesus’ word about himself” (Preaching Through the Christian Year B, Craddock, Hayes, Holladay & Tucker, Trinity International Press, Harrisburg, Pennsylvania, 1993, page 418). They were distracted, preoccupied with themselves.

“Competition for power, wealth and prestige infected all of the cultures included in the Roman Empire (as it does the cultures of the modern world)” including our own today (Feasting on the Word, Year B, Volume 4, Bartlett & Taylor, Westminster Press/John Knox Press, Louisville, Kentucky, 2009, page 95). So it is no surprise that the disciples were busy arguing about who was the greatest among them.

The paradox of Jesus’ resurrection is that it would only occur after his death. The promise and joy of the resurrection would come only after the pain and sorrow of the crucifixion.

Jesus made clear that the greatness the early disciples sought would not come from position or power but from sacrifice and service. For Jesus, the greatest position, the highest power was to be found in oneʻs service to others. The Greek word that appears in our reading for “servant” is diakonos – a word that came to refer to a person in ministry. In Jesus’ day it meant someone who served meals (Op. cit.).

Harry B. Adams, a Professor Emeritus of Yale Divinity School in New Haven, Connecticut said: “The person who was ʻservant of all’ was the lowest in rank of all of the servants – the one who would be allowed to eat only what was left after everyone else had eaten their fill” (Op. cit.). That was Jesus’ teaching not only for the early disciples but for us today.

We can well imagine how disappointed the disciples were as they sought to position themselves with the claim of who was the greatest among them. “No teaching of Jesus more frequently or more directly addresses the love of position and prestige, which has never ceased to infect the church’s leadership from then until now.” The same may be said for those involved in the leadership of governments around the world, including our own.

Jesus made the point of sacrifice and service by drawing a child into his arms. The early disciples knew well that the child was the image of the powerless. Children were without claim and without the capacity to reward or repay.

The word Jesus used for “little child” (Mark 9:36) is closely related to another word for “servant.” Those listening to Jesus would have concluded that “children and servants were of equally low social status” (Ibid., page 97).

It is not surprising that Jesus would “honor and welcome a child” and equate “one’s welcome of such a child with welcoming himself – and even more, with welcoming God who sent him.” The image conveyed is not one of sighs and smiles for cuddling little children.

“Instead,” as Sharon H. Ringe, a Professor of New Testament points out, “it is a powerful and even shocking depiction of the paradoxical value of God’s will and reign, which confronts the dominant values of human societies and assigns worth and importance to every person” (Op.cit.) Welcoming children and serving children (Mark 9:36-37), therefore, are signs of greatness.

“To serve the least [among us] is to find [our] reason not in the return of such service, but in the understanding that this is the life of the kingdom [of God], the life that God has affirmed by the resurrection of Jesus, servant of us all” (Preaching Through the Christian Year B, Craddock, Hayes, Holladay & Tucker, Trinity International Press, Harrisburg, Pennsylvania, 1993, page 418).