“An Invitation to See What is Possible”


In our reading from The Book of Isaiah, the prophet’s proclamation of judgment and despair changes to compassion and hope for the people of Jerusalem and the Southern Kingdom of Judah. “ʻThey shall not hurt or destroy on all my holy mountain,’ says the Lord” (Isaiah 65:25).

I have always been struck by that declaration and the way the holiness of God is tied to the holiness of a mountain. It is seldom possible for us to look toward any mountain on a clear day anywhere and not be struck by its beauty and strength and grandeur. That was true of Halekalā earlier this morning. 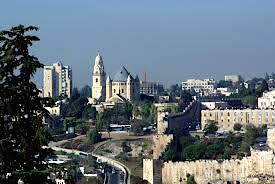 I have not been to Jerusalem but for those of you who have had the opportunity to visit the city, geologists remind us that Jerusalem rests upon four hills – one carrying the name Mt. Moriah and the other Mt. Zion. Jerusalem itself is sometimes called Zion or Mt. Zion.

Such a vision of strength and grandeur is one that is understood beyond Mt. Zion. Other people in other lands have looked upon the mountains that God created as holy, as sacred.

Protests over the construction of a Thirty Meter Telescope on Mauna Kea and a solar telescope on Haleakalā remind us that this is true for us here in Hawai’i. Some have concluded that the protests are about the clash between modern science and the ancient religious beliefs of our Hawaiian kūpuna or ancestors.

Throughout my own lifetime, we knew that in English, Mauna Kea meant “white mountain.” Some say it was descriptive of the snow that would blanket the summit each winter season.

But others say the more proper name is Mauna O Wakea, the mountain of the Hawaiian deity Wakea and is therefore, a sacred mountain. It is said that it was through Wakea, Sky Father and Papa, Earth Mother, that the islands of Hawaiʻi were created.

It is also the home of Poliʻahu, the goddess of the snow and other deities.

Haleakalā – our own “House of the Sun” - is also wahi pana or sacred place with its own stories. Whether one believes in Wakea or the other deities for whom both mountains are home, each is a sacred place, a holy place.

Uluru, in the heart of the Uluru-Kata Tjuta National Park of Australia, is an ancient landscape. It is rich in aboriginal culture and spirituality. The traditional custodians of Uluru, the Anangu, believe that it was created by their ancestors at the beginning of time. They have been protecting the sacred lands of Uluru ever since.

Renamed in 1873 by explorer William Gosse for the Premier of South Australia, Sir Henry Ayers, Uluru remains at the center of a controversy today over its access to hikers. The Anangu have never liked people climbing on it for recreational purposes but others think the 100,000 visitors who climb to the summit each year is good for business.

In 1927 a section of the Black Hills of South Dakota was dynamited and sculpted with the faces of Lincoln, Washington, Jefferson and Roosevelt. For some, the creation of Mt. Rushmore is a story of American freedom. For others, it is a story of the struggle of Native Americans in the U.S. and a desecration of native lands. For the Lakota Sioux, the Black Hills was and is the spiritual center of their universe, the place where the Lakota were created at the dawn of time at the place they call Six Fathers.

Overlooking the city of Cape Town, South Africa is what the Khoi and San people call Hu-!Gais, a mountain “Veiled in the Clouds.” It is seen as a sacred and spiritual mountain covered by the Spirit of their All Mighty Supreme God known as Tsui//Goab – the one “who gives rain ... makes the clouds ... lives in the clouds ... and makes our cows and our sheep fruitful.”

The Khoi and San of South Africa have other stories to tell of the mountain “Veiled in the Clouds.” In a battle for the care of the earth, four giants were mortally wounded by a Great Sea Dragon. Before they died, they asked Earth Mother to turn them into mountains, so that even in death they could guard the earth. So the greatest giant of all, Umlindi Wemingizimu, the Watcher of the South became what the English-speaking world today refers to as Table Mountain.

For the Koyukon Athabascan people of Alaska, the tallest mountain in North America, has always been known as Denali, not Mt. McKinely. Renamed in 1896 for William McKinley of Ohio, the 25th President of the United States, the name change back to Denali a few weeks ago was not without its own controversy.

Denali is derived from Koyukon Athabascan name and is based on a verb meaning “high” or “tall.” The mountain is a part of the Koyukon Athabascans who have lived in Alaska for thousands of years. It too is a sacred mountain.

From islands to continents, mountains represent a vision of unmatched strength and grandeur. Mountains also represent the mnemonic centers of people – the places where we are able to remember – our relationship with God, our relationship with what is sacred. As Christians we may find such an understanding a betrayal of our faith. We may be inclined to caution one another about other mountains and other gods.

Yet, I suspect that our Kanaka Maoli, Anangu, Lakota Sioux, Khoi, San and Koyukon Athabascan ancestors would have had a far deeper appreciation for the words of the prophet Isaiah than we may want to admit. Isaiah’s vision of a new heaven and a new earth will come not as result of the destruction of creation, but as a transformation of the old into something new and it will be upon God’s “holy mountain.” It will be upon such a mountain whether one speaks of Mt. Zion or of Jerusalem as Zion that such a vision will come to pass.

Throughout the week we have been reminded by Pope Francis that it is important for us to care for the earth, our home. Throughout the month of September, we have reminded ourselves that our care of the creation is connected to our own existence – the water around us, the sky above us and this morning the earth below our feet.

Isaiah invites us to see what is possible – and that is the possibility for us not to hurt or destroy upon God’s “holy mountain” in Zion and in every corner of the earth. Others may turn a blind eye to Isaiah’s vision convinced that the end of time is near.

Could it be that we are only hours away from such a time?

The moon will pass into the earth’s shadow tonight producing a total lunar eclipse during what NASA, the National Aeronautics & Space Administration, and other scientists refer to as a “Super Moon” - a time when the full moon occurs at or near its closest approach to the earth in a given orbit. Farmers who associate the moon with seasonal events related the harvesting of crops in the Northern Hemisphere refer to the eclipse as a “Harvest Moon.”

For others, the “rare confluence of a lunar eclipse and a super moon . . . has prompted . . . widespread fear of an impending apocalypse.” The end is near.

Some refer to the Super Moon or Harvest Moon as a Blood Moon, causing fear of a doomsday scenario made seemingly more plausible given recent natural disasters and political unrest around the world. (“Blood Moon seen as sign of end times by some Mormons,” Brady McCombs, Associate Press, The Maui News, Saturday, September 26, 2015, A5). Although the term Blood Moon is attributed to how the moon takes on a reddish glow during a lunar eclipse because of how light refracts through our planet’s atmosphere, others recall the words of the Apostle Peter who addressed a crowd on the day of Pentecost by quoting the prophet Joel: “ . . . I will show you portents in the heavens above and signs on the earth below, blood, and fire and smoky mist. The sun shall be turned to darkness and the moon to blood, before the coming of the Lord’s great and glorious day.” (Acts 2:19-20)

It is certain that sometime between 742 and 701 BCE there were other lunar eclipses that occurred. Whether or not the prophet Isaiah who lived during that period of time viewed such occurrences as a sign that the world was coming to an end, we know that he proclaimed a message of justice, righteousness and peace to the people of the Southern Kingdom of Judah whom he saw as a “proud and stubborn people” (The New Oxford Annotated Bible, New Revised Standard Version, Metzger & Murphy, Oxford University Press, New York, 1991, page 866)

Isaiah’s proclamations were made to those in the Southern Kingdom of Judah during a critical period following the annexation of the Northern Kingdom of Israel by the Assyrian empire. He was unequivocal in his denunciation of the social injustices of his day. Like Amos, Hosea and Micah, Isaiah saw the lack of justice as an indication of the tenuous relationship of the people with God.

In our reading this morning, we find ourselves immediately before the fall of Babylon (539 BCE) and the return of the exiles to Jerusalem. The people are reminded that God is the creator and lord of all and that all of what has transpired is part of God’s plan that will lead to a new creation.

The words of Isaiah provide us with “a moving vision of the assured hope of God’s people in a world whose times are in God’s hands” (Op. cit.). Isaiah’s words may sound utopian and there are those who will say that the creation of “new heavens and a new earth” will come to pass only after the world as we know it comes to an end and Jesus returns.

Many of you already know that I am not one who is anxious to usher in the end of the world as a way to end all of our troubles. Isaiah offered to the people of Judah a vision of hope and he invites us to claim that vision of hope for ourselves.

We shall build houses and inhabit them; we shall plant vineyards and eat our fruit. We shall not build and another inhabit; we shall not plant and another eat; for like the days of a tree shall our days be God’s people, and we shall long enjoy the work of our hands. (Isaiah 65:21-22). We shall not hurt or destroy on God’s holy mountain (Isaiah 65:25) – on Zion, Mauna O Wakea, Uluru, Hu-! Gais (Veiled in the Clouds), Six Grandfathers and Denali and the many, many other mountains of God’s holy creation.