We sat down for our visit in preparation for their wedding to become acquainted with each another. The ceremony was set to be held on the grounds of a resort on the Westside in Kaʻanāpali. 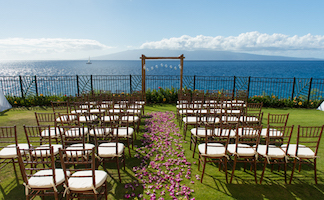 The visit began like other visits - a few housekeeping matters followed by the story of their relationship. Right from the outset it became apparent that the bride and groom were troubled.

A sadness came across her face when I asked about the arrangements for a wedding party, including all parents. That same sadness appeared on his face as she began to speak.

“My parents will not be coming,” she said. “They belong to a church that does not believe in divorce. I was married once before. Even if we held the wedding in a church, they would not be allowed to come,” she explained.

Given the recent news of the Year of Mercy that was announced recently by Pope Francis and the pope’s call for compassion for those who have been divorced or widowed, you may be assuming that her parents were Roman Catholic. They were not. Other Christian churches teach that divorce is wrong, that it is a sin.

Then she added with a nod to her fiancé, “He and his family are Buddhist.” Without saying much more, she disclosed that her parents also felt that the marriage was a “bad idea” because he was an “unbeliever.” It is very likely that they had taken to heart the admonition of the Apostle Paul to those in the early church in Corinth about marriage: “Do not be mismatched with unbelievers” (2 Corinthians 6:14).

It seemed that within the span of a few minutes of our visit, we had found ourselves bludgeoned by 2,000 years of church doctrine and history. Jesus was faced with a question raised by the Pharisees about marriage – more specifically about divorce.

Our reading from The Gospel According to Mark challenges us to consider whether or not a lifelong marriage between a man and a woman is the only option for living faithfully in God’s realm. While on a journey across the Jordan, Jesus encounters the Pharisees who are eager to “test him” (Mark 10:2).

They question his attitude toward divorce, an issue that divided the Pharisees themselves at the time of Jesus. Jesus responds with a prohibition of divorce and a denunciation of the “hardness of heart” that opened the door to abusive divorce.

According to Old Testament law (Deuteronomy 24:1-4) and its application at the time of Jesus, husbands could divorce their wives on very little cause. Such practice could lead to the abuse and exploitation of women. That is what Jesus denounced.

He then cites the creation narratives of Genesis (Genesis 1:27; 2:24) in his response and by doing so he “counters that the purpose of marriage was lifelong mutuality and interdependence, not dominance of one party by the other. Spouses cannot treat each other as property to be discarded” (Harper’s Bible Commentary, James L. Mays, Harper & Row Publishers, San Francisco, 1988, page 996).

There are those today who will quote Mark quoting Genesis as an argument against same-gender marriages. That would be taking Jesus’ response to the Pharisees out of context. It becomes clear Jesus responds to the Pharisees question about divorce not marriage. His teaching on divorce is later modified in the writings of Matthew and Paul.

All of this is to say that the matter was, in some ways, complicated. We may find great comfort in a view of the world that is delineated by what is right and what is wrong in situations that challenge us. We want simple answers to complex circumstances. But in our rush to judgment, we may find ourselves causing untold pain to others insisting that it is wrong for anyone to divorce – period.

As our visit continued, I asked her why she divorced her husband. She paused for a second and caught her breath.

“He was physically abusive,” she said. Despite the trauma she had experienced, she sounded almost embarrassed and apologetic. “My parents knew about the abuse but they seemed to think it was my fault; that I needed to do something to make things better; that I wasn’t trying hard enough to make the marriage work.” Almost as an afterthought she added, “He was also a member of the church.”

Well, I thought about how best to respond. First, I realized that over the course of my own life, I have come to believe that God would not and does not tolerate relationships that are abusive.

Second, my hānai father was Buddhist. Contrary to the warnings of the Apostle Paul to those in the church in Corinth, I saw no lawlessness in his life. There was no darkness. And as for idols, was a sitting Buddha any less idolatrous than a crucified Jesus on the cross (2 Corinthians 6:11-18)?

It has been said that compassion is not a uniquely Christian response to the suffering we see in the world. I saw compassion in my hānai father and he was a Buddhist.

At the heart of our reading this morning is the compassion of God for all, and the blessing of love. Our own church is made up of all different kinds of families and in some instances all manner of configurations of children from different relationships (Seasons of the Spirit, Seasons Fusion/Season of Creation, Pentecost 2, 2015, Wood Lake Publishing Inc., 2014, page 81).

We gain nothing by implying that families other than a mother, father and 2.7 children are any less blessed and loved by God. The concluding verses of our reading remind us of the importance of approaching our faith and life with the joy, openness and understanding of children.

We are left with the image of Jesus blessing the children, a powerful reminder that we too are God’s children. We are sometimes broken but always blessed by a God who saw in the birth of a Child, the hope of the world – a Child born to a woman betrothed to a man who was not his biological father but his hānai father.