“A Time to Grieve”

Keith Richard Echeverri died less than two weeks ago of an aneurysm. I never knew Keith in the same way family members and friends knew him. I recognized his name when we received the request for a service here at Keawalaʻi, but could not place where I thought we had met.

When I sat down with his wife, Charlene, and son, Joe, to go over the service that was held here yesterday in celebration of his life, his son remarked, “You may have seen his name in The Maui News. He wrote letters to the editor if he had something to say.” 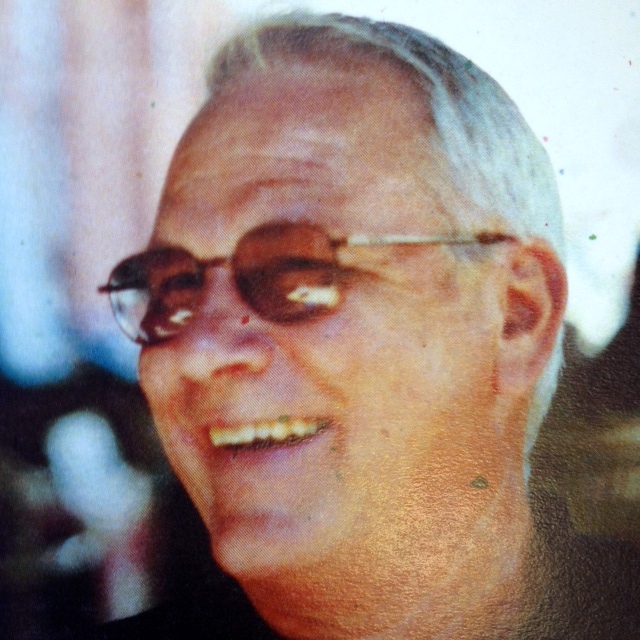 Aside from his letter-writing, the obituary which appeared in The Maui News last weekend began: “Political activist, tennis player, jazz aficionado, die-hard Los Angeles/St. Louis Rams fan, cut-throat card player and great cook, died unexpectedly on Tuesday evening, September 24th.” His unexpected death caught everyone by surprise and there were more than a few tears shed at the service.

We know what it is to mourn the loss of someone we love. That was evident when Keith’s brother Mark came up to share his memory of events that he believed shaped both of their lives, but especially his brother.

I want to share my recollection about what I heard Mark say. The words are mine more than they are Mark’s words but they represent my sense of what he was saying.

“Since I have been here on Maui,” he said. “I’ve heard many friends talk about Keith and his passion for life. But no one knew what it was that made Keith the kind of person he was to all of us.”

“I believe there were two things that deeply affected how Keith looked at life. The first was we both grew up during the Great Depression. Keith knew and I knew what it was like to be hungry. Everything was rationed – food and gas. You couldn’t just go to the store like today.”

I thought about what Mark had said. It is difficult for some of us to imagine the profound significance of the Great Depression on the lives of those who grew up during those years.

Three years after the market crashed in 1929, the U.S. economy reached bottom in the winter of 1932 to 1933. That was followed by four years of rapid growth until Keith was born in 1937. The recession which occurred that year brought the rate of unemployment back to levels that were seen three years earlier in 1934.

Following the recession, the nations of the world formed two opposing military alliances and a global war ensued that lasted from 1939 to 1945. World War II would go on become the deadliest military conflict in history. Over 60 million people were killed, representing over 2.5% of the world’s population at that time.

The statistics on the death toll of the war vary with estimates ranging from 50 million to more than 80 million. The higher figure includes deaths from war-related disease and famine.

The total number of soldiers killed range from 22 to 25 million. This includes 5 million who died while held captive in prison camps.

The total number of civilians killed range from 38 to 55 million. That includes 13 to 20 million from war-related disease and famine.

Is it any wonder that Keith had a passion for life? In a way I think Keith would have understood more fully than most of us, the profound implications of our reading from The Book of Lamentations were he with us this morning.

It was another time and another war. In the late 7th century BCE, the kingdom of Judah was a client state of the powerful Assyrian empire. At the close of the century Assyria was overthrown by Babylon.

Nebuchadnezzar II, the king of Babylon, began a siege of Jerusalem in 597 BCE and eventually the city of Jerusalem fell. The Temple was destroyed and the people were taken into exile.

The Book of Lamentations bewails the destruction of the city of Jerusalem and the dispersion of its population to foreign lands. Despite the disaster, the lament over what was lost was essential for the survival and well-being of the city and its people.

Biblical scholars remind us: “If grief, whether for death or disaster, is not expressed, it will be repressed and continue to produce pain, depression and anger.” (Preaching through the Christian Year, C, Craddock, Hayes, Holladay & Tucker, Trinity Press International, Harrisburg, Pennsylvania, 1994, page 425) Over the centuries Jewish communities have continued to find within The Book of Lamentations the means to articulate or give voice to their own grief.

Perhaps we might also find in the laments the words to express our own pain over the disasters we face within our families, churches, neighborhoods, and nations and even the whole world. Often what emerges out of the laments are questions. How long, Lord, how long? Why, Lord, why? When, Lord, when? (Christian Century, “Living by the Word”, October 2, 2013, page 20) There is a time for grieving. Our reading this morning reminds us that despite the devastations we may experience in our own lives, it is good for us to wait quietly and to know that God’s steadfast love never ceases and that God’s mercies never come to an end.

It is good for us to wait quietly and to know that God’s love remains steadfast and that God’s mercies are enduring. At times it may seem that so much has been lost that our lives, our world seem to be coming to an end.

But the writer of The Book of Psalms reminds us: “Weeping may linger for the night, but joy comes in the morning.” (Psalm 30:5) Joy may not literally come overnight. It may not come in this hour of worship. It may not come tomorrow or the next day or the next.

So we wait - quietly. It is good to wait and in our waiting to know that the depth of our pain, sorrow, and grief cannot overcome God’s love.

A woman in her mid-thirties moved to a tiny rural town after a divorce and another breakup. She said, “Though it was a good move for me in many ways, I sometimes felt lonely and depressed. A grocery-store clerk name Karen was friendly to me. One day she asked me how I was doing.”

“‘Fine,’ I answered out of habit. Then I suddenly felt like being honest. ‘Actually I’m terrible.’”

“‘Startled by her question, I had to think for a moment. When I knew my answer, my mood brightened.’”