"Let the children come to me"

My mother did not marry my father. From her first marriage, I have two brothers. After she divorced him, she married a second time. I have a brother and sister.

Our reading from The Gospel According to Mark may seem simple and clear. Jesus tells the Pharisees or religious leaders that if a man divorces his wife and marries another, he is committing adultery. If a woman divorces her husband and marries another, she is committing adultery. The penalty for adultery according to the Old Testament was death (Leviticus 20:10).

But when a woman caught in adultery was brought to Jesus, the religious leaders wanted him to uphold their law that called for stoning her to death. Jesus dismissed them by asking for the person with no sin to cast the first stone (John 8:1-11). No one stepped forward.

I know why my mom and dad never married and I heard a word or two about why she may have divorced the first man she married. But in deference to the two brothers who were born from that marriage, it is not my place to say what I think may have happened. But what I do know is this, her second marriage lasted until both of their deaths not long after I returned to home Hawaiʻi over 25 years ago after having lived in California for sixteen years.

Some of us may want to chastise the religious leaders for their “hardness of heart” as Jesus did (Mark 10:2-16) but in many ways we are no different than they were in making judgments about others. We would be no different in our insistence about what the Bible says constitutes a true marriage. The key lesson for me in our reading this morning is not the judgment Jesus may have made against those who divorced but against those whose hearts have hardened to the complexities of life and the world in which we live.

I was reminded about that complexity when I met with a couple who were planning to get married. During the course of our conversation the bride-to-be said that her parents would not be attending the wedding.

When I asked why, she said that they were Christians and that her husband-to-be was a Buddhist. Aside from the differences in their religious backgrounds – which meant they would be “unequally yoked” (2 Corinthians 6:14), she also said this would be her second marriage.

She divorced her first husband and her parents were clear that that was not acceptable. She said that her first husband became verbally and physically abusive and that it was no longer safe for her to remain in the marriage.

I could see in her eyes the pain she had gone through and I could see in his eyes a well-spring of empathy for a woman he had come to love. Would I have chosen at that moment to say that it was not possible for me to marry them?

Not on your life! 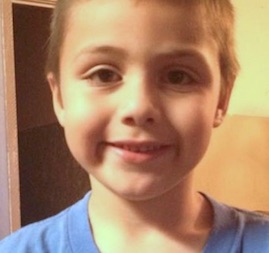 Last Sunday, I said a little boy who died was six years old. I misspoke. He was ten years old.

Anthony died on June 21, 2018 after being found unresponsive a day earlier at his family’s house in Lancaster, California, outside Los Angeles, where he and his six younger siblings lived with his mom and her live-in boyfriend.

“Authorities believe that, over the last five or six days that he was alive, Anthony suffered a slew of punishments both quick and prolonged, including having hot sauce poured on his face and mouth, being made to kneel on rice for long periods of time, being whipped with a belt on his body, legs, buttocks and the bottom of his feet and repeatedly held upside-down and dropped on his head.” (People, Christine Pelisek, August 6, 2018)

His mother apparently only reported the injuries once he could no longer take any more pain. His mom and her boyfriend were arrested and charged with one count of murder and one count of torture and one count of child abuse in the alleged beating of his younger brother.

The Los Angeles County District Attorneyʼs Office announced that they face an allegation that Anthony’s killing was “intentional and involved the infliction of torture.” If convicted, they would be facing the death penalty.

Questions about how social workers handled reports on Anthony that date back to 2013 remained unanswered. Lawyers representing Anthony’s mom and her boyfriend say “there’s just a lot of unanswered questions, in terms of what was going on in the house with the kids and who is responsible” (Op. cit.).

Officials of the Department of Children and Family Services (DCFS) initially suggested that the killing was the result of “Anthony’s perceived sexuality.” At some point, before he died Anthony disclosed to a DCFS deputy director that “he liked boys.”

A homicide investigator said “it was not clear if the belief that Anthony was gay had anything to do with his death.” Whatever the reason may have been, authorities are alleging that the violence in the home was endemic.

From 2013 to 2016 the Office of Child Protection and following Anthony’s death, the agency had 13 contacts with the family personnel, relatives, school employees, therapists and others.

There once was a man in the land of Uz whose name was Job. He was blameless and upright, one who stood in awe of God and turned away from evil. The story is told of how the angels came to the Lord, including Satan.

When God asked Satan where he had come from? Satan replied that he was going to and fro on the earth. Then the Lord said Satan, “There is no one like [Job] on the earth, a blameless and upright man who fears [God] and turns away from evil. He . . . persists in his integrity, although you incited me against him, to destroy him for no reason” (Job1:3).

Satan said to the Lord, “All that people have they will give to save their lives. Job will curse you to your face” should he experience pain and suffering. God then allowed Job to be inflicted with pain and suffering to prove a point.

It’s surprising to me that God would be so quick to dismiss Job’s protest of his innocence. In the end Job was humbled and satisfied by God’s response to his complaints and protests and that his fortunes were restored twofold. The same cannot be said for Anthony.

But what I see in Anthony is what his Uncle David saw. “Anthony loved playing sports and being outdoors. He was known for his kindness and inclusive spirit, and he stood up for people who could not stand for themselves.” His uncle went on to say: “If someone was being bullied, he would tell the bully that it wasnʼt nice, to leave them alone” (Op. cit.).

We know there are many in the nations of the world, including our own, who worry about the migration of people affected by war and violence, poverty and disease. We know there are many who are certain that building walls and establishing laws and policies to close borders are what we need to do for our own benefit and protection.

In the end, we may convince ourselves that we have protected the sovereignty of nations; that we have stemmed the tide of illegal immigration; that we have turned back unwanted refugees. But as people of faith, our allegiance is to the kingdom of God. We pray each week that God’s kingdom will come on earth as it is in heaven.

Jesus reminded the early disciples and he reminds us today, “Do not stop the children, for it is to such as these that the kingdom of God belongs. Truly I tell you, whoever does not receive the kingdom of God as a little child will never enter it.”

On this World Communion Sunday, we gather in this place mindful that in many, many, many other places around the world others have gathered and are gathering to share n the breaking of the bread and the sharing of the cup. In the kingdom of God, there are no nation-states.

If I were to make one assertion about Anthony of which I am confident this morning it is this – somewhere in the heavens far beyond this world, Jesus took Anthony up in his arms, laid his hands on him and blessed him the day he arrived in the kingdom on June 21, 2018.