“By the rivers of Babylon, where we laid down, and where we wept when we remembered Zion. Oh, the wicked carried us away in captivity required from us a song. How shall we sing the Lord’s song in a strange land? (Psalm 137:1, 4) So, let the words of my mouth and the meditations of my heart be acceptable in thy sight, O Lord.” (Psalm 19:14)

When the Northern Kingdom of Judah was conquered by Babylonians in 598 BCE, Jews were forcibly deported and detained in Babylonia. Because of uprisings in Palestine, historians agree that several deportations took place. Not all Jews were forced to leave their homeland and when the Persians conquered Babylonia under Cyrus the Great, they were given permission to return to Palestine. 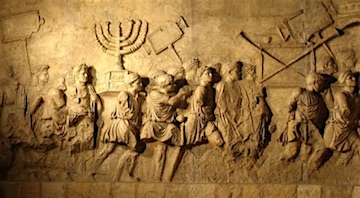 But by then the captivity had lasted for almost 50 years. While a full reading of Psalm 137 may lead some to conclude that the Jews suffered greatly during their captivity, biblical and archaeological scholars reveal a different story.

Laurie Pearce, a lecturer in the Akkadian language at the University of California at Berkeley, explores this aspect of the story in her article “How Bad Was the Babylonian Exile?” She contends that despite dark tone of Psalm 137, life in Babylon “reveals a diversity of experiences for the exiles” that was far from morose. (Biblical Archaeology Review, September/October 2016)

Whatever the conditions may have been, the lament over the destruction of the city of Jerusalem and being held in captivity for one generation is clear in the psalmist words: “Let my tongue cling to the roof of my mouth, if I do not remember you, if I do not set Jerusalem above my highest joy.” (Psalm 137:6)

In his letter to the early church in Philippi, the Apostle Paul may have asked that same question. Paul offers a word of comfort by laying “ . . . special stress on rejoicing, the nearness of the Lord, and the reassuring nature of God’s peace.” (Preaching Through the Christian Year A, Craddock, Hayes, Holladay & Tucker, Trinity International Press, Harrisburg, Pennsylvania, 1992 , page 468) What is remarkable about his words of encouragement is that he is writing his letter from prison and despite being held in captivity, he admonishes Euodia and Syntyche, two of the women who belong to his circle of co-workers “to be of the same mind in the Lord.” (Philippians 4:2).

His message to others in the church, “ . . . help these women, for they have struggled beside me in the work of the gospel, together with Clement and the rest of my co-workers, whose names are in the book of life.” (Philippians 4:3) “Rejoice in the Lord always; again I will say, Rejoice.” (Philippians 4:4)

Nathan Eddy is a Chaplain at St. Peter’s University House Church at the University Precinct Center in Manchester, United Kingdom observed the following: “‘Rejoice in the Lord always’ . . . sounds so simple, yet his joy is profoundly counter-cultural in North American society today.” I realize for those of us for whom Hawai‘i is home, it is a bit of a stretch for us to geographically think of ourselves as North Americans, after all we are in the middle of the Pacific and not a part of the continent. Still Eddy makes the point that “we (as North Americans in the U.S.) think of joy as a private overflow of good feeling in response to happy circumstances. Joy is the point of life, a right even: ‘life, liberty and the pursuit of happiness.’ For Paul, joy is shared, not individual’ (not for our own personal benefit alone), (joy is)’ a byproduct, not an end in itself; a discipline, not a right; a command, not an option.” (Feasting on the Word, Year A, Volume 4, Westminster/John Knox Press, Louisville, Kentucky, 2011, page 159)

What becomes evident in Paul’s letter to the Philippians is that working together has put a strain on the relationship between Euodia and Syntyche. They find themselves in disagreement with one another, experiencing - a kind of hukihuki we would say in Hawaiian – of a pulling back and forth between one another that finally puts them at odds with one another.

Such hukihuki, such division is evident not only in the church but in our everyday lives outside the church. There is so much hukihuki in the lives of so many across the U.S. that we have been unable to find common ground as a people.

How do we sing the Lord’s song of joy in the midst of our own disagreements? Paul reminds us that the Lord is always near and prayer is the key to our joy and our relationship with God and with one another. Instead of worrying about anything, we are to bring everything to God in prayer. That is not to say we accept things as they are but to be open to what they may become.

“Keep on doing the things that you have learned and received and heard and seen in me,” he writes, “and the God of peace will be with you.” (Philippians 4:9)

Sometime ago I shared with you a quote that some else shared with me that comes from the lyrics to “Anthem,” a song composed by the late poet and and songwriter Leonard Cohen. Cohen wrote, “There is a crack in everything. That’s how the light gets in.” Some attribute Cohen’s lyrics as an offering of his words of hope to a world that often seems hell bent on darkness and despair; hatred and bigotry; anger and resentment; selfishness and greed.

Eddy, in his reflections, on the words of Paul adds: “Joy always takes root amid adversity; there is no other soil for it to grow in.” In other words, light comes out of darkness; joy comes out of adversity.

When we are faced with challenges and difficulties as individuals and as people of faith - we count on God’s nearness to us in Christ for he “... is the source of our joy.” (Op. cit., page 162) So let us proclaim and perhaps for some of us and I mean this sincerely, let us “tweet” not as the world tweets, but as the Paul would have us tweet - about things that true, honorable, just, pure, pleasing and commendable. If there is any excellence and if there is anything worthy of praise, let us think about these things and keep on doing the things we have heard and received and heard and seen in Paul and in our ancestors.

Paul had a deep and abiding love for those in the early church in Philippi. Despite the disagreements and difficulties between Euodia and Syntyche and factions within the church, Paul seeks to bridge the divisions calling everyone to be gentle with one another.

We would do well to take heed of Paul’s admonition as we look at the divisions we see among the people and nations of the world, including our own. The world seeks power and prestige. Let us sow joy and let us sow light that peace may abound. (Philippians 4:8) Mahalo ke Akua, Thanks be to God. Amen.