“A Time to Worship”

Some would say it is profane to propose that the music and lyrics for the 1994 rock musical Rent by Jonathan Larson is theological in any way. How could a rock musical about impoverished young artists and musicians struggling to survive have anything theological to say about our lives as people of faith? 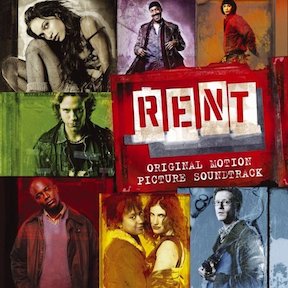 In 1994 Rent opened off-Broadway in New York City in a limited three-week run. Then in January 1996 the show officially opened on Broadway and went on for a 12-year run of over 5,000 performances. The musical went on to win a Pulitzer Prize and a Tony Award for best musical.

Through his collaboration with playwright Billy Aronson in 1991, Larson began composing songs for the rock musical based on Puccini’s La Bohéme. Rent tells the story of a group of impoverished young artists and musicians struggling to survive in New York City’s Lower East Side.

I saw Rent at the Concert Hall in Honolulu several years ago when a touring company came to Oʻahu. One of the songs, “Seasons of Love,” opens the second act. As time passes and as the seasons change within the play itself, the song is sung again. It is the lyrics to that song that caught my attention.

The refrain to the question about the measure of a year is: “Five hundred twenty-five thousand six hundred minutes.” One could measure a year in daylights and in sunsets; in midnights and in cups of coffee, in inches and miles, in laughter and in strife.

How do you measure the life of a woman or a man? Is it in the truths she learned or in the times he cried? Is it in the bridges he burned or the way she died?

“You know that love is a gift from up above. Share love, give love, spread love, measure in love, not minutes. Measure your life in love.”

Over the course of the month of October I’ve shared my thoughts with you about time - a time for planting, a time to grieve, and a time for justice. There is also a time to worship.

Our reading from The Psalms expresses the sentiments of a joyful worshiper in the temple. (Preaching Through the Christian Year, C, Craddock, Hayes, Holladay & Tucker, Trinity Press International, Harrisburg, Pennsylvania, 1994, page 448) The time to worship is not about the hour or the day but about the joy of knowing nothing stands in the way God’s love and no distance is too great for God’s grace to reach.

That is something both the Pharisee and the tax collector failed to understand as they stood in the temple one day to pray. In our reading from The Gospel According to Luke, Jesus “told this parable to some who trusted in themselves that they were righteous.” (Luke 18: 9) It has been said that the parable of the Pharisee and the tax collector conveys in story form what we understand as God’s justification of sinners and judgment on the efforts of those who try to establish their own righteousness. (Ibid., page 456)

To think that the Pharisee is the villain and the tax collector is the hero would be to miss the radical message of the parable. The message from Luke is clear. It is addressed to those who trust in themselves, thinking they are righteous, and who despise others.

The Pharisee sets himself apart from those whom he denigrates. “I thank you, God, that I am not like other people.”

The tax collector is viewed by his own people as a reprehensible character, someone who is religiously unclean and politically a traitor. That he is able to offer a prayer of confession and rely on God’s grace is the key to the passage. The Pharisee trusts in himself; the tax collector trusts in God: that is the difference.

On this Sabbath and in this hour of worship in churches near and far, there may be those who think themselves righteous and who despise others. It would be a mistake for us to leave this time of worship thankful that we are not like the Pharisee who exalts himself and whom we might consider a hollow hypocrite. But it would also be a mistake for us to leave thinking that the tax collector is a model of honesty and generosity.

The word of the Lord this week celebrates how nothing stands in the way of God’s love and no distance is too great for God’s grace to reach us. How do we measure the seasons of our lives?

“How about love? You know that love is a gift from up above. Share love, give love, spread love, measure in love, not minutes. Measure your life in love.”