The Hebrew word for neighbor (rey’akha) that is found in The Book of Leviticus (19:18) is comprised of a noun - rey’a - and the second person singular possessive suffix – kha. The Greek word plesion (play-see'-on) that is used in our reading from The Gospel According to Mark comes from the Hebrew word (rey’a) that is derived from another word (pélas), which means “near” or “close to” and has come to mean neighbor. According to Jewish thought in the Old Testament of the Bible, rey’a referred to anyone who was a member of the Hebrew people and its commonwealth. 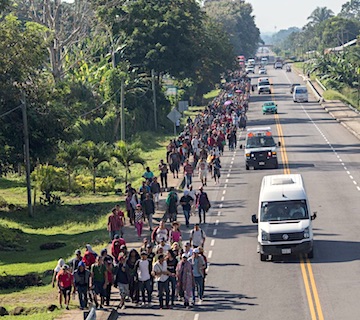 But in the New Testament, plesion referred to anyone, irrespective of nation or religion, with whom one lived or with whom one might have had a chance meeting. That idea is clearly brought out in our reading from The Gospel According to Mark. The Greek word plesion and other Greek words (i.e. geiton and perioikos) used to denote someone who is a neighbor all have a wider range of meaning than that of the English word “neighbor.”

Our Hawaiian kūpuna or ancestors understood this to be true. In her book, “Change We Must,” the late Nana Veary provides a glimpse into her understanding of Hawaiian spirituality and provides us with a sense of what it means to be a good neighbor. She writes about a girl visiting her Hawaiian grandmother one day at Pu’uloa on the island of O’ahu.:

“ ... a malihini stranger stopped at the house. Standing on the lanai, her grandmother said to the stranger, “Komo mai, kipa mai e pāʻina” – “Come in and dine.”

“When they were through eating, the visitor thanked [her] grandmother. She extended a coconut dish with salt in it. He put 3 lumps of salt in his mouth and went off.”

“When she asked her why she fed him she sat me down and said: ‘I want you to remember these words for as long as you live, and never forget them. ʻAʻole au i hānai aku nei i ke kanaka,; akā, hānai aku nei au i ka ʻuhane a ke Akua i loko ona. I was entertaining the spirit of God within him.’”

Veary went on to say: “This practice of honoring the other was so much a part of the culture that it needed no name. Today, we call it the ʻaloha spirit,’ but to the Hawaiians of old it was inherent and natural. They lived it.”

“Today we have to be taught it because we are so far removed from the Hawaiian culture. And we have given it a name. ʻAlo’ means the bosom, the center of the universe; hā is the breath of God. Aloha is a feeling, a recognition of the divine, and when you say ʻaloha’ to someone you are bestowing this feeling.”

If the characteristics of plesion is helpfulness, intimacy, sincerity and sanctity, the same can be said about the characteristics of aloha – that is it is a feeling of helpfulness, intimacy, sincerity and sanctity. The story of Ruth and Naomi is a lesson about plesion and aloha; about “the assurance that God watches over strangers, and cares for widows and orphans” (Preaching Through the Christian Year B, Craddock, Hayes, Holladay & Tucker, Trinity International Press, Harrisburg, Pennsylvania, 1993, page 454). Elimelech and his wife Naomi flee with their two sons because of a famine that has swept the land of Judah. They cross over to the land of Moab. That crossing over is a human phenomenon that has continued down through the centuries – of women, men and children fleeing famine from one land to another.

Elimelech and Naomi settle in the land of Moab. In the years that followed, Naomi experiences the loss of her husband through his death. Their two sons marry Moabite women – Orpah and Ruth. Eventually, both sons die.

Our reading this morning reveals the three widows who are now standing before us – Naomi, Orpah and Ruth. We are aware, though the storyteller says nothing about the plight of the women that widows in their world have no means of support.

So we are faced with the question: How will they survive?

Naomi sets out to return to Judah. She urges Ruth and Orpah to return to their families with her blessing and prayer. It will be there that Naomi believes they find new husbands, but both refuse to leave her (Ruth 1:8-9). Naomi urges them a second time, pointing out that they have no hope for husbands through her. She has no other sons to give and it is unlikely she will marry again (Ruth 1:11-13).

This time Orpah agrees and bids Naomi farewell. But not Ruth. The storyteller writes: “Ruth clung to her” (Ruth 1:14). Naomi insists that Ruth return to her own people. But whatever the law or custom, Ruth says, “ʻAʻole. No.”

Her response to Naomi contains some of the most cherished lines of the Bible:

“Where you go, I will go. Where you lodge, I will lodge; your people shall be my people, and your God my God” (Ruth 1:16). Ruth has thrown her lot in with Naomi even beyond death (Ruth 1:17) when she adds: “Where you die, I will die – there I will be buried.”. “She has chosen separation from her homeland and family and risked her life and future. Why would Ruth put herself in such jeopardy?” (Ibid., page 454).

The storyteller provides no direct answer but does show us their feelings - their aloha – for one another. Given the current debate over immigration across the United States, some may want to argue that Ruth embodies those who feel that one has to give up one’s former identity completely – language, religion, music, dance, food - everything. Naomi does not demand that of Ruth or Orpah.

“Go back each of you to your mother’s house,” she tells Ruth and Orpah. “May the Lord deal kindly with you, as you have dealt with the dead and with me. The Lord grant that you may find security, each of you in the house of your [next] husband” (Ruth 1:8-9).

Within the context of the story of Ruth and Naomi, there is plesion; there is aloha. There is no anger or fear. There is no hatred of the other. There is only helpfulness, intimacy, sincerity and sanctity. My hope and my prayer is that the plight of the Ruths, Naomis and Orpahs of the world will be tempered not with anger, fear and hate but with compassion, hope and love.

The Christmas and holiday decorations have begun to appear in stores and while it may seem a bit early to say anything about Christmas almost two months ahead of the day, our reading from The Gospel According to Mark reminds us about the commandment to love our neighbors as ourselves. It is not a suggestion or a recommendation or a proposition but a commandment.

Jesus knows well that the first commandment to love God and the second to love one’s neighbor as oneself are inseparable. We cannot to love one and not the other.

Jesus’ words carry great power especially when we remember that when he was born, Mary and Joseph fled with him to Egypt, not because there was a famine, but because of the threat of violence. Herod is king and as king he learns that there are three Middle Eastern men who have come on a caravan – not on foot but on camels - to pay homage to the birth of a new king.

The Bible tells us that Herod and all Jerusalem were filled with fear – a new king? How can that be? Herod is king!

Out of fear that his power as the king will be threatened, Herod secretly calls for the three men who have come from the East and encourages them to go and find the child that he might pay homage to him (Matthew 2:1-12). But Herod’s intent is not to pay homage to the infant Jesus but to destroy him. Having been warned in a dream, Joseph flees in the darkness of night with Jesus and his mother to the land of Egypt.

Whether fleeing famine, violence or poverty, today the number of displaced people in the world who have been driven from their homes has grown to 68.5 million people. Of that number 25.4 million are refugees of violence and poverty. Over half of the refugees are under the age of 18.

We are all neighbors to each other. Will we respond to those who are in need out of fear or hope? Anger or compassion, hate or love?

Jesus said, “You shall love your neighbor as yourself.” If that is so then let us speak words of hope, compassion – and love.