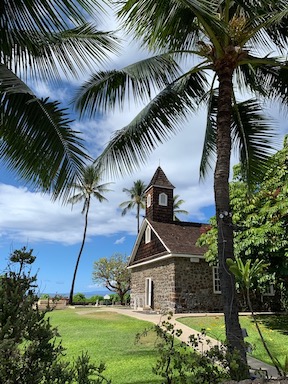 As we approach the end of the season known as “ordinary time” or “the days after Pentecost,” Year A in the lectionary cycle concludes by focusing on the gospel of Matthew. Over the next three weeks we will turn our attention to the three parables in Matthew 25, but I want to point out a few general guidelines on interpretation before we jump into the specifics that may help us to understand this particular parable.

First, we can easily misinterpret Matthew’s intent if we pull any one of the parables out of context. In this case, the story of the smart and silly virgins (bridesmaids) at the beginning of the chapter, MUST be read in light of the previous chapter and the other two parables that follow in Matthew 25. More on that in a moment.

Second, parables can usually be interpreted differently depending on the hearer and specific context. In other words, its teaching might be very different for us today – as opposed to those hearing the same words in the first century.

In addition, to read and interpret a parable literally (by making direct references) is usually a mistake. For example, assuming that the smart virgins are the Jews and the silly virgins are the gentiles is most likely wrong-headed. Teaching in parables is much more in the spirit of a Zen Buddhist master teaching students by using a kind of riddle known as a koan. Like the koan – the parable – is offered to get folks to think for themselves rather than be told specifically what to do.

Third, we have to keep in mind that this gospel was written quite a few years after Jesus died and by one who was deeply steeped in Jewish tradition. Folks were eagerly awaiting Jesus’ return as he promised. This reality colored their perspective or understanding of the parable. Their patience had grown weary of waiting for Jesus – so this story would have deep meaning for their immediate experience. [Pause]

So, while your first reaction, after listening to the parable might be, “well that doesn’t sound like Jesus” or “that doesn’t seem fair at all,” you may be focused on an aspect of the story that was intended more for dramatic effect and in deference to the broader lesson. Let’s look more closely.

First the context: It was in the previous chapter that Jesus reminded his followers that he was nearing the end of his life – also referred to as the “end of the age.” He told them about his return – that they would have to be watchful because there was no way of knowing when that might happen. To be “READY” was of paramount importance. ---- His words kind of remind me of a humorous bumper sticker I saw several years ago, “Jesus is Coming – Look Busy!”

This context sets the stage for the three parables in Matthew 25 – sometimes referred to as the “Little Apocalypse,” where Jesus offered important life lessons we will explore over the next three weeks. I think, these stories have amazing relevance for us today. [Pause]

The first parable has as its setting a wedding banquet. As was the custom in first century Jewish tradition, weddings took place over a period of time and in at least TWO stages – this one being the second when the bridegroom would go and fetch his bride from her parent’s home and bring her to the ceremony AND the feast that followed.

In the parable, 5 of the virgins (sometimes translated as bridesmaids) were well-prepared for the wait, the other 5 were not. All of them succumbed to their human need for sleep as the bridegroom was delayed and the wait was much longer than expected – so, they ended up falling asleep.

At some point the bridal party arrived. Their entrance was announced. The maids awoke – and you know the rest of the story. Those prepared entered while the others had to go out and find an oil store in the middle of the night thereby missing their chance to gain entry and join in the fun. The closing words of the parable offer this challenge, “Stay alert. You have no idea when “he” might arrive.” [Pause]

Like I said previously, when I first read this, my initial reaction was – “that’s not fair, just because they didn’t have enough oil – they didn’t get in? Are you kidding me? And, what about sharing?” But that’s not the point. This isn’t a story about judgment – of who is in and who is out. That’s God’s work, anyway. NO, this is a story about waiting and preparation – and how we live “in the meantime.” [Pause]

I wrote this sermon in the days just after the election. I know all the pundits warned that we would not have results of who won until days – maybe weeks after that day – but I didn’t want to believe them. And, so, I went into the evening of the election unprepared. As I sat down to watch the results come in – I became increasingly anxious, and then tired, and then angry, and then worried, and finally I, too, succumbed to my human need for sleep. I went off to bed – still unprepared tossing and turning all night long. When I awoke – the bridegroom had still not yet arrived in the form of a declared victor – and hadn’t until yesterday morning.

We were all forced to wait as votes were carefully counted. I wonder how you dealt with that in-between time? I noticed some things about myself including just how impatient I can be – particularly when I am anxious.

The deeper question (keeping this parable in mind) is what am I doing to prepare during the wait – in the meantime? I had to ponder the possibility of leaning into 4 more years of what was – OR a Biden presidency – OR endless legal battles to determine the outcome. I had to confront uncomfortable questions: Am I willing to dialogue with those who may feel very differently than me? Am I willing to pray for God’s guidance, or can I ONLY see my own wants? And, so, the question haunted me: “How might the deeper truth of this parable speak to where I am today?”

And the election is just ONE aspect of our lives right now. I wondered, in what other ways or areas of my life am I being invited to prepare? It’s a question we ought to ask ourselves individually AND collectively. [Pause]

For many months we have been forced to endure the ramifications of a world-wide pandemic. While we may not have been as severely affected as other parts of our nation and world, the ripple effects have had a dramatic impact on our lives. We wait – but with no clear end in sight. Most of us are pinning our hopes on a vaccine (might that be our bridegroom in this case?) but will that be the answer? We cannot lose hope. So, what do we do, in the meantime?

I strongly suggest, as we live our lives in the meantime, we begin with prayer – to ground us – to center us – and to give us clarity in direction.

I sometimes hear an exasperated comment go something like, “well, all I can do is pray” or “the only thing I can do is pray.” We should never view prayer as a last resort – in fact, it ought to be our starting point. When we pray, we surrender to the God who knows our needs far better than we know ourselves. When we pray, God shapes our heart, our will, and our life in ways that complement God’s desire for us. When we pray, we prepare ourselves for God’s arrival – however and whenever that might be. And our most effective prayer is in silence – as we listen for whatever God seeks to reveal in us.

And then, we move into action – based on our prayer.

If we have listened carefully, God will not only show us the way – God will provide avenues and resources so that we can do what we are called to do. I have experienced this time and again in my life. [Pause] I’ll share one that involves you.

Just a couple of years ago, I felt God tugging on my heart in ways I had not experienced in many years. It was clear to me that God wanted me to make a shift in my life. I had been serving a church I loved in San Diego for about 14 years and I loved the `ohana there. I couldn’t imagine ever leaving, but God kept insisting I pay attention to the call to serve elsewhere – I had no idea where. Not only was I unwilling to prepare – I think, I actually resisted as best I could.

And so, I prayed. Man, did I pray. I prayed that God would reveal where I might best serve (the old “should I stay, or should I go). I wanted to serve in a place that would provide new challenges so that I wouldn’t coast into retirement – a place where I would continue to learn, to grow, to deepen in my dependence on God – and (by the way) I kind of wanted it to be someplace sunny and warm. Well, be careful what you pray for.

Not only did you call me – we sold our house in a day, packed and left, and arrived on island with nary a problem – AND my car arrived the same day I did. And, let me tell you – I’ve not been bored a day since I arrived.

This is the essence of the parable. It asks us to pay close attention to something simple yet so profound – what are you doing with the time you have been given? How are you preparing to live the rest of your life? Are you waiting for something that may or may not come? Are you purposefully not paying attention for fear you might be called in a direction that would necessitate changes in your life? Or are you living your life with adequate space for prayer and contemplation – listening to the inner stirrings of your heart – the callings of God – to direct your path?

If we are living in a spirit of preparation – in a state of readiness – when the opportunities come – we WILL be ready – the door WILL open, and we can begin anew.

The parable reminds us to keep our lamps trimmed and burning – “In the meantime.” You never know when or where God will invite you.