Christmas lights and decorations were already in place on November 1st. Hallmark television launched its series of 40 movies of Christmas on the same day. But the rush to Christmas began long before All Hallow’s Eve.

Even The Maui News did its share of pushing us along on Thanksgiving Day with what seemed like a pound of shopping inserts for Christmas day. I woke up to a thud outside my window on Thanksgiving morning and realized that the newspaper had just been tossed onto my driveway. 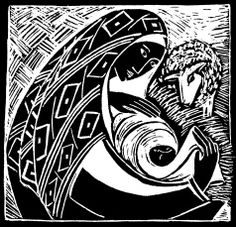 As we begin this season of Advent, our reading from The Gospel According to Mark may be disconcerting for some because it tells us nothing about the birth of Jesus. There is no rush or push pointing us to the birth of the Christ Child.

The lesson from Mark is that God, in Jesus Christ, comes to strengthen, to reveal, to judge and to redeem and our posture as the people of God is always the same – repentance, expectation and hope. (Preaching Through the Christian Year B, Craddock, Hayes, Holladay & Tucker, Trinity Press International, Harrisburg, Pennsylvania, 1993, page 5) The images of the Lord’s return at the end of time are vivid and disturbing.

“When God comes, the heavens break their cycle of days and seasons, and the earth convulses. The farthest star, the smallest blade of grass, everything created, is affected by the activity of the Creator.” (Op. cit.)

Despite the impending catastrophe, the passage contains a word of instruction that is addressed to new Christians or to those who had already experienced the burden of being a disciple of Jesus. Mark’s word becomes a source of comfort.

At the time he wrote his account of Jesus’ life, the city of Jerusalem and the Temple had been destroyed. Roman authorities had long lost patience with the civil strife that plagued the empire following Jesus’ death and resurrection. The threats from Emperor Caligula that began several decades earlier were now being carried out.

What did all of this mean? What was the purpose of the persecution they were now experiencing at the hands of both religious and political authorities? What were they to make of the anguish that was tearing their families apart? (Mark 13:9-11)

With Jesus no longer by their side, Mark was aware that many were struggling about whether or not to throw their hands and arms into the air in despair or reaching out instead for any flicker of hope. (Ibid., page 6) There were those who may have felt that all was lost and that the end was, indeed, near.

Mark, along with the writer of The Gospel According to John, offered a word of hope that is both encouraging and demanding. (Op. cit.) The “time will come, but it will be at God’s determination and accompanied by signs God will give. All human calculations are confusing and futile. In fact, the day of the Lord is not to be tied to any political condition or religious institution. The weals and woes of any nation, even a nation claiming to have a central place in the purposes of God, do not dictate the time or place or form of God’s advent. Nor do religious institutions, even those established to serve and honor God such as temple or church, fix the calendar of heaven. God survives all human structures and institutions, sometimes having to shatter and re-create communities that exist for God’s work in the world. In other words, true hope is trust in the faithfulness of God, constant amid the rise and fall of the work and the best of human achievement.” (Op. cit.)

It does not mean that we say to one another, “There is no point in doing anything. When the Messiah comes, nothing will matter.” Such waiting is not hope.

Our reading provides us with a clear and simple understanding of what life is for the disciples of Jesus. To keep awake, to be alert means that amid the suffering and despair in our world we are to encourage and demand of one another that we offer a word of hope. 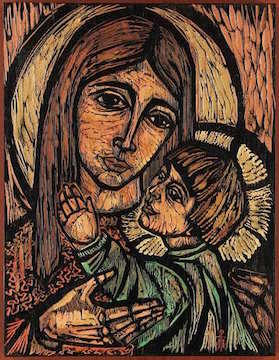 It was not so long ago that we were waiting and anticipating the birth a child. He arrived a few months early and required the care of doctors and nurses. We prayed for him, for his parents and for his family and always hoped for the best.

We give thanks to God that he is with us today and that we will celebrate his baptism. He was given the name Kinohiokalā by his tūtū, by his grandmother. When I asked his parents about the meaning of his name, they said it means “the beginning, the genesis, of a new day.”

We may attribute the miracle of Kinohiokalā’s presence with us to God and to modern medicine. But there is a part of me that believes Kinohiokalā’s desire and will to live is the key to the miracle. One of the first photographs I saw of Kinohiokalā was his right hand reaching out and grasping his father’s finger. For me, it was an unequivocal sign of hope.

Soon, but not quite yet, we will remember and celebrate the birth of another child – a child whose birth we herald as a sign of hope for ourselves and for the world. Amen.