"A Vision of Peace” 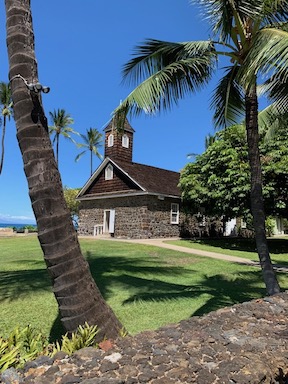 The reading you heard just moments ago from the prophet Isaiah is one of the most beautiful passages in all of scripture. Filled with optimism and possibility, as well as hope for the future, it is a perfect passage to ponder when we don’t really know where things are going. While its message is timeless, it is couched in a specific historical context which is important to understand before we claim it as our story.

The prophet was raising a voice of hope – and the advent of peace at a very troubled time in Israelite history. They, too, did not know where they were going. Seems like that’s endemic to the human story, doesn’t it?

Biblical scholar Corey Driver reminds us that Isaiah was decrying the bad governance that supported the rich and powerful becoming more rich and more powerful at the expense of the already poor and marginalized. The wealth and power gap extended to such an extent that the powerful were able to codify laws to justify their injustice. God also condemned the Israelites as “a godless people” (Isaiah 10:6). God would allow the Assyrians to destroy a kingdom built on the twin sins of injustice and idolatry. BUT – God also promised that the Assyrians would not go unpunished for the destruction of the lives of God’s people. The Assyrians too would be crushed and destroyed (Isaiah 10:12-19, 24-34).

When the Israelites heard this, they were delighted. It proved to them that God was on their side. That justice would eventually come. That karma sometimes results in a painful comeuppance. All they had to do was bide their time. But they also had to deal with the reality that God’s timing is not necessarily our timing. God’s timing and their expectations were vastly different.

It would be years before the shoot would rise out of the stump of Jesse and of his son King David. The Israelites had long been dominated by the Assyrians and were left wondering where was their God? Why had the promise of Isaiah seemingly gone unrealized?

The Israelites sought asylum after the destruction of Samaria and must have wondered if Hezekiah would be the one about whom Isaiah spoke. Certainly, he seemed to be guided by the Spirit of the Lord with wisdom, understanding, knowledge and the fear of the Lord (Isaiah 11:2-3). At a time when Israel had been destroyed by the Assyrians, Hezekiah stood out because he judged the poor with righteousness and decided with fairness for the humble of the earth (Isaiah 11:4). Indeed, righteousness seemed to be the belt around his hips and faithfulness seemed to cling to him like a belt around his waist (Isaiah 11:5).

The words of Isaiah 11 seemed to confirm their hope that Hezekiah would bring the world to peace and make war a thing of the past, to realize a time when the lion would lie down with the lamb. But it was NOT to be. Hezekiah instituted important reforms, but they did not bring an end to war and fighting.

And so, the faithful continued to wait. They waited for a peace that eluded them. Yet, they waited with hope that the long-promised Messiah would one day come among them and be their peace. [Pause]

That’s how the passage gets connected to Jesus. Not originally intended, but sure makes for a good bridge to God’s incarnation. But neither could Jesus bring an end to war and fighting. And, last time I checked lions and lambs still do not lie down together. Cows and bears do not graze with one another. And it’s still not a good idea for children to play over a snake den. The longed-for “peaceable kingdom” is still a fantasy. And injustice – particularly toward the minorities of our world seems to be more acceptable than ever.

All of which begs the question, are there any new shoots of hope, any new possibilities for life springing forth from the stumps of the institutions that surround us – most importantly – the church? [Long Pause]

We didn’t read the gospel lesson slated for today, but it tells the story of John the Baptist who called those who would listen to repentance. “Repent,” John announced, “for the kingdom of heaven is at hand.” My colleague, the Rev. Roxanne WhiteLight translates the phrase from the original language of Aramaic as “Seek a new path, for the kingdom of heaven is near.” The word for “repentance” in Aramaic is “metanoia” which means “to change one’s mind” or “to change direction or path.” That makes much more sense to me. It does us no good to continue in the same direction we have always been going when a new and more prosperous path is being offered. It’s up to us, however, to decide whether we will follow it or insist on our former ways.

If we hold that thought next to Isaiah’s words it makes logical sense to realize, it is ONE thing to recognize the new shoot emerging from the stump – but it is another to pay attention to what it offers, to cultivate that which is emerging, rather than do whatever we can to get rid of it as an annoying weed by grinding up the stump altogether. [Pause]

I think that’s where we find ourselves today as we participate in churches and denominations that are in rapid decline. Our congregation is not unique. We are all getting older and younger folks don’t seem to have the time or interest in the institutional church. A concern to be sure. But is it the end of the road? I don’t think so.

Perhaps we might consider the notion that we are living in “stumptime?” By that I mean, the stump that we see before us may be exactly what is necessary for a new shoot to emerge.

Stumptime is not a particularly fun time or place to be. It’s much more interesting and exciting to live in a time when things are flourishing and growth is rapid – a time when church pews are full, finances are robust, youth groups and Sunday schools are bustling. But that’s not where we are today. We can lament that. Wring our hands and worry about it and fall into defeat OR we can begin looking for the shoot(s), the new shoot emerging from what we though was no more than a dead stump – the new hope which just may become our promise for the future.

You probably don’t want to hear from your pastor, “That there is little left to our church than a stump.” That’s not a particularly positive image. They don’t make t-shirts with that emblazoned with this message – nor is anyone writing hymns to that effect. But, I think, it’s high time we name it.

We are in a precarious moment in Christian and world history, and it behooves us to be keen in our discernment as we look closely at what God is calling forth for our church and for each one of us individually as we “repent,” as we seek a new path.

Doing so can be an incredibly exciting process – because it demands our attentiveness in prayer. This is not something that mission/vision and strategic planning alone will get us through. We are fully dependent on the living God – and we must yield to the God who has traveled with us “mai kekahi hanauna a kekahi hanauna aku.” From generation to generation.

Advent is a time of preparation for the incarnation of the living Christ - the new shoot - to be born anew – from the stump of Jesse – into our world AND into our hearts.

Isaiah concludes his prophecy just a few verses after this passage by stating:


May it be so. May we see the new shoots emerging. May we risk cultivating the NEW as we seek a better path for our future.