If you find your way over to the bulletin board on the outside wall of our office building, you will see a number of Christmas photo cards. Over the years I have come to appreciate receiving the cards because they provide a visual record of people’s lives and the changes that come with the passing of time – of growing up and growing old.

There is a rainbow of faces of young and old, each face with its own story. There are photographs of a young couple holding their son; a father with a daughter; a mother with a son; a tūtū or two with a multitude of grandchildren; a single mom with her children; and families with adopted or hānai children all reflecting a chop-suey mix of races. 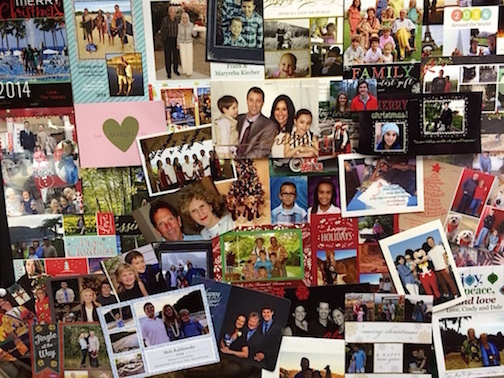 They represent the rich variety of families that are a part of our life as a church. I imagine if we received a photo card from Mary and Joseph, it would include the prophets Simeon and Anna holding Jesus the day he was brought to the temple for the required ritual of dedication. (Preaching Through the Christian Year B, Craddock, Hayes, Holladay & Tucker, Trinity International Press, Harrisburg, Pennsylvania, 1993, page 49.)

After what was probably many sleepless and uncomfortable nights, Joseph and Mary meet Simeon and Anna and learn that both Anna and Simeon have been waiting a lifetime to see this baby. For Mary and Joseph, their encounter with Anna and Simeon is the beginning of their care for Jesus. They know they have a long way to go in their responsibility as parents to fulfill the promise they have made to God. (Feasting on the Word, Year B, Volume 1, Bartlett & Taylor, Westminster John Knox Press, Louisville, Kentucky, 2008, pages 166-167.)

Beyond the shepherds on a hillside and angels and heavenly hosts, Mary and Joseph have a son to raise, religious obligations to keep and a trip back to Nazareth to make. Temple and home. Home and temple.

The Rev. William V. Arnold, a Presbyterian pastor, makes the point that our reading from The Gospel According to Luke reminds all parents of the responsibilities that come with the birth of children. (Feasting on the Word, Year B, Volume 1, Bartlett & Taylor, Westminster John Knox Press, Louisville, Kentucky, 2008, page 166) There is a connection between temple and home, home and temple we cannot ignore just as there is a connection between church and home, home and church that we cannot ignore.

At the temple, Simeon lets Mary and Joseph know their infant son is destined for the falling and rising of many. Simeon is courageous enough to let Mary know that Jesus will face opposition and that even her own soul will be profoundly affected by what is to come.

Our reading from The Gospel According to Luke reminds us of at least three purposes that are fulfilled. First, even in his infancy, Jesus’ life was always lived in obedience to the law of Moses. It is a point made several times over in verses 22, 23, 24, 27 and 39. The forms of obedience included his circumcision and naming when he was eight days old (Luke 2:21, 1:31); his presentation and his dedication when he was 33 days old (Exodus 13:1-2); and the purification of his mother (Leviticus 12:6).

Mary and Joseph had already journeyed from Nazareth to Jerusalem, to Bethlehem, back to Jerusalem during a time of emotional and physical exhaustion. (Preaching Through the Christian Year B, Craddock, Hayes, Holladay & Tucker, Trinity International Press, Harrisburg, Pennsylvania, 1993, page 48) All along the way they are aware of their responsibilities.

Second, there is the declaration of Jesus’ greatness made by an angel at his birth. It is a declaration that will be made at age twelve by teachers of the law in the temple (Luke 2:46-47) and at the beginning of his ministry by a voice from heaven when he is baptized at the Jordan by John. (Luke 3:22) (Ibid., page 49)

Third, the family must return to home to Nazareth. Later, it will be in the temple in Jerusalem that Jesus will announce the purpose of his ministry. For now Jesus is at home and for the next twelve years he will grow and become strong. He will be filled with wisdom and God’s favor will be upon him. (Luke 2:40) (Op. cit.) His growth and strength and wisdom will come from home and temple. 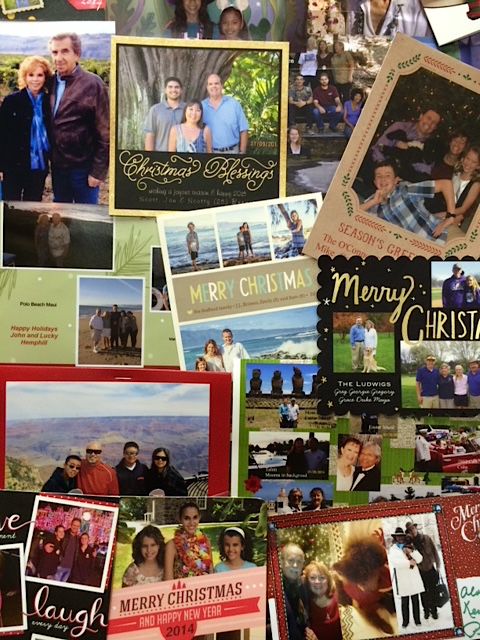 Unlike the Christmas photo cards on the bulletin board on the outside wall of our office building there are no photographs of Mary and Joseph with Jesus. There are only written “snapshots” of Jesus at 8 days old, 33 days old and 12 years of age.

There are other accounts outside of the biblical texts that some have come to believe fill in the “missing years.” But whatever “evidence” others may point to of Jesus as a young child or a youth or a young adult, we know that the first years in a child’s life are critical.

Researchers have found that the amount of brain activity in the earliest years of a child’s life affects how much activity there is later in life. Children who receive attention and nurturing at home – whether parents spoke to the children in an affectionate voice, spent time answering their questions, and hugged, kissed and praised them did well. (The First year of Life, Yudhijit Bhattacharjee, National Geographic, January 2015, page 62).

The Rev. James C. Howell, a United Methodist pastor, cites what is important to him as we celebrate Christmas each year: “God became small for us in Christ; God showed us his heart, so our hearts might be won. Infants wield that kind of power. Muscular men with calloused hands become gentle as pillows when handed a baby; potent people with gruff voices adopt a falsetto and coo to an infant. God came down, not to thrash evildoers or crush the Romans, but as an infant, to elicit love, to nurture tenderness.” (Feasting on the Word, Year B, Volume 1, Bartlett & Taylor, Westminster John Knox Press, Louisville, Kentucky, 2008, page 166)

We know then that it was out of the love and tenderness of Mary and Joseph at home that Jesus grew strong. We know it was out of the teachings of others at the temple that he grew in wisdom. It is not surprising then that Luke should write, “The child grew and became strong, filled with wisdom; and the favor of God was upon him.” (Luke 2:40)