A 2-year-old boy was shot to death by his mother in Buckeye, Arizona the week before Christmas. His mother was arrested and she is on a suicide watch. 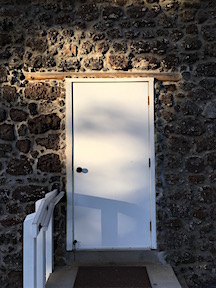 A 6-year-old boy was accidentally shot and killed by police when they opened fire on a suspect in Schertz, Texas, a small city near San Antonio. Police reported that the woman appeared to be armed and threatened to shoot a deputy before she fled.

The woman forced her way into a home. When the police arrived they opened fire killing her and accidentally killing the boy who was in the home.

A 7-year-old boy died three days after Christmas in Frisco, Texas, a suburb of Dallas after his father’s girl friend opened fire as he drove away with the boy and two other children. She was arrested for the shooting and he was arrested for a parole violation.

It may seem like an opportune moment to remind ourselves again about gun violence across the United States, whether intentional or in some instances accidental. It may seem like an opportune moment to say that our silent prayers mean nothing unless there is a commitment to seek legislation that would require a national background check on those purchasing guns, a ban on military assault weapons and a ban on bump stocks designed to modify rifles to allow them to fire in rapid succession or automatic fire.

But the shooting deaths of three boys, ages 2, 6 and 7 are devastating to their families and friends, even neighbors and strangers. The emotional and physical exhaustion the families face in the aftermath of such tragedies are no less emotionally and physical exhausting as what Mary and Joseph experienced. The circumstances of each shooting are varied and complicated but the sense of loss is something that both Mary and Joseph would come to know for themselves.

In our reading from The Gospel According to Luke we witness the amazement and joy as they anticipate the birth of Jesus. But we also realize that it has been an emotionally and physically exhausting time for them.

“These two new parents are within the first forty days of their baby’s life. They have journeyed from Nazareth to Jerusalem, to Bethlehem, back to Jerusalem . . . The text opens with the young and weary Mary and Joseph at the temple with their new baby boy. After many sleepless, uncomfortable nights, they meet two elders who also know something about time. These elders have been waiting for a lifetime to see the Messiah. It appears that Mary and Joseph have brought him to the temple in their arms” (Feasting on the Word, Year B, Volume 1, Bartlett & Brown, Westminster/John Knox Press, Louisville, Kentucky, 2008, page 165).

Mary and Joseph knew that the Mosaic law required taking Jesus to the temple to be dedicated. They knew that the law also required offering a sacrifice. “Different sacrificial offerings were acceptable, depending on the parents’ economic ability” (Op. cit., page 166) In the case of Mary and Joseph, they could not afford a lamb, but a pair of turtledoves was acceptable (Leviticus 12:8).

They were obedient in their faith and that obedience consisted of the circumcision which Luke combined with the naming according to the angel’s instruction (Luke 2:21; 1:31); the dedication of the firstborn to God (Exodus 12:1-2); and the purification of the mother (Leviticus 12:6). These combined with the trip to the temple when Jesus was twelve years old, his public life at age thirty, worshipping in the synagogue on Sabbath were all proof of Jesus’ own commitment to the law of Moses (Preaching Through the Christian Year B, Craddock, Hayes, Holladay & Tucker, Trinity Press International, Harrisburg, Pennsylvania, 1993, page 549).

Mary and Joseph acknowledged and honored their faith commitment and their recognition of the responsibilities that came with the birth of their child. They knew it was important that beyond the care they provided, there was also the care of others and the care of the wider community.

That was made apparent when both Simeon and Anna responded to the family’s arrival at the temple. For Simeon the child represented “a vast hope”, a long awaited gift (Feasting on the Word, Year B, Volume 1, Bartlett & Brown, Westminster/John Knox Press, Louisville, Kentucky, 2008, page 166). William Arnold, a Presbyterian pastor, wrote: “While [Simeon] rejoices in this particular moment, he represents a wider reality. At the birth of every child [including the three boys who were shot and killed in recent days] there is a wider company of persons who have hopes and fears for the future.” (Ibid.)

Simeon stepped forward and was courageous enough to tell them they must be prepared to face the difficulties that lie ahead. He turns to Mary to warn her that “a sword will pierce your own soul . . . ” (Luke 2:35) For the families of the boys who died in Texas and Arizona, we can only wonder if that they would find any comfort in Mary’s own struggle as they faced the piercing of their own souls.

Pastor Arnold wrote of the birth of Jesus in the following way: “With the grace of God and the commitment of his parents, and surrounded by the hopes and dreams of so many, [Jesus] launched toward becoming the person God intended him to be. And so should be the case with every child – created in the image of God, surrounded by God’s grace, cared for by faithful parents, and encouraged by supporters, both known and unknown, with the community of faith and others in God’s wider good creation” (Op. cit., page 168).

We may be inclined to believe that nothing can be done; that there is no hope. But our reading speaks of “the fading of the old before the new, the realization of hope, and God’s final embrace of all peoples” (Luke 2:29-32). Our hope is our sons and daughters will grow and become strong even “as the child Jesus grew and became strong, filled with wisdom . . . ”

“In him was life, and the life was the light of all people. The light shines in the darkness [- in Buckeye, Schertz and Frisco -], and the darkness did not overcome it” (John 1:4-5).