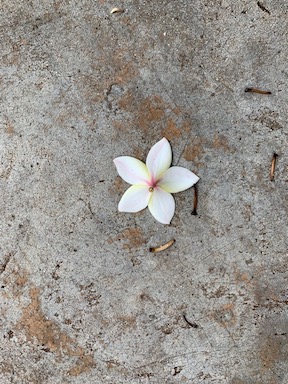 We left Moses, last week, at a time of transition in his life. He was being cared for by his mother who later gave him up to Pharaoh’s daughter in order to spare his life. And so, Moses grew up not as a Hebrew but as an Egyptian. He enjoyed all the benefits and privileges that being raised in the dominant culture and royalty had to offer – education, wealth, a beautiful home, and the finest food. However, even though he was steeped in all things Egyptian, somehow he never lost his Hebrew identity.

As the story goes, one day Moses went out and saw the Hebrew people being severely mistreated by the Egyptians who had enslaved them. An Egyptian taskmaster was beating a Hebrew man and when Moses saw it, he was enraged. Thinking no one would see him, and that he was doing the right thing, he attacked the taskmaster, killing him and freeing the Hebrew slave.

The next day, he went out again. This time he saw two Hebrews fighting each other. Moses chided them for beating up each other to which the one responded, “Who made you ruler over us. Do you mean to kill us like you did that Egyptian?” With that, Moses knew he was in trouble. Pharaoh was after him, so Moses fled the land and was later taken in by the one who would become his future father-in-law – Jethro.

Meanwhile, the Hebrews were in a horrible situation and there wasn’t a thing Moses could do. When we pick up the story today, the Hebrews were crying out to God in desperate need of help – and God heard their cry. Responding to their need - God summoned Moses in the most unusual way. [Pause]

Moses was out tending the flock of his father-in-law. He had wandered way beyond where he should have been – beyond the wilderness and up the mountain of God called Horeb. It was there that God – through the voice of an angel – called his name. The voice came from a burning bush, “Moses, Moses!”

Upon responding, Moses was told to keep at a distance. This was a sacred place, and this was a holy moment. He was told to remove his shoes – for the ground on which he walked was holy. And, he was invited to listen carefully to what God was calling him to do.

Moses, a felon, who had successfully fled for his life and was now living “happily ever after” was summoned by God to return to the scene of the crime. The voice told him that he would be used to free his people from slavery. And Moses questioned God further asking whom shall I say sent me. God responded, “I am who I am,” and “I will be with you every step of the way.” [Pause]

I find this story remarkable on so many levels as all call stories are meant to be, but I want us to focus our attention today on two aspects of this call. 1: if a call is from God – it will indeed be holy. And, 2: when we are called by God to engage in God’s work, we are apt to feel extremely vulnerable, if not downright helpless and inadequate for the task. [Pause]

If we were all gathered together this morning in our church sanctuary, I would take the same risk I took the other day in our Zoom gathering by inviting you to share some of your own call stories. We did that, and if you were on that Zoom call, I know you understand what I am about to say. If a call is from God – it is holy.

As members of our `ohana shared their stories, there was a distinct hush as we each listened intently to the one telling their story. Call stories, whether they are to the ministry, to join an organization, to produce a new product, or to change one’s life direction always elicit a “holy hush” as the one called shares their experience. Typically, even the one receiving the call has no idea what is going on at the time – but God does. [Pause]

Moses was out in the field minding his own business – doing what he did every day – serving as a shepherd and taking care of the family flock. When he turned the corner, he saw a bush – engulfed in flames yet not being consumed by the fire. The voice said, “come no closer” and “remove your shoes.” This was a holy space. This was a holy moment. And this was holy ground. [Pause]

I remember the first time I entered the yoga studio where I first began practicing several years ago back in San Diego. A newbie to yoga I went traipsing across the studio floor with my slippers on and yoga mat in hand. I was excited and ready to begin. When I secured my spot – a fellow yogi looked at me aghast which puzzled me. I thought these folks were “peaceful, serene types.” I looked at him and smiled trying to make a favorable impression. After which he gave me an eyeroll (as I recall) telling me that I was supposed to remove my shoes before entering the studio. Oh – fool – me.

I was very glad members of the search committee told me that was also the custom here upon setting foot on the chancel in the hale pule before I similarly offended.

Not sure the same can be said for the yoga studio, but this feels like holy ground and we remove our slippers out of respect, reverence, and awe. “Remove your sandals,” God said, “for the place on which you are standing is holy ground.” [Pause]

Going barefoot can mean several different things. I take off my shoes or slippers before entering a home to help keep the floors clean and as a means of relaxation. In fact, in many cultures, removing shoes is way of receiving hospitality from the host. In Jesus’ day, sandals were removed as the host washed the guest’s feet – another means of saying, “you are welcome here.” But there is also an element of vulnerability in going barefoot, which is my second point. [Pause]

It is now quite a few years ago when Randy and I first made our way to Kaua`i – then as visitors. Among other activities, we took a kayak trip up the Wailua River. Not only was it fun, we had a tour guide that was “one wild and crazy guy.” We were told, in advance, that we would be hiking some rugged terrain, so we went out and found some cheap – secondhand – sneakers at a thrift store – that we could use and toss when we were done. All set, we took off, but I noticed the guide was barefoot. “Rugged terrain” was an understatement. Yet, when we climbed out of the kayak and walked I noticed our guide leaping on jagged lava rock in his bare feet like it was soft sand. When I questioned him about doing this, he told me he was reared on the Big Island and he did this from childhood. Not this tenderfoot. My shoes never came off.

My point is, for most of us, removing our shoes – particularly in the wilderness might be a sign of awe and reverence – but it also illustrates my second focus. Going barefoot reminds us of the reality of vulnerability and helplessness we all carry. I can walk on lava rock in bare feet, but it is very slow going – and not fun. Going barefoot reminds me I must be very careful and may need help along the way.

You see, I believe, God is still calling us today into avenues and adventures we may not even be able to imagine. And just like Moses, we may initially find ourselves resisting. But be careful – if the call is from God, it will be holy, AND you will likely elicit a feeling of helplessness – and perhaps inadequacy for the task. Going barefoot can do that to people. But, God promises Presence – every step of the way. [Pause]

Most of us spend a great deal of energy resisting a call that may seem crazy at first – that lava rock is not at all inviting. But we may resist at our peril and completely miss the blessing God has in mind. [Pause]

United Church of Christ Old Testament scholar, Walter Brueggemann, has written extensively on this notion of call and especially what we miss when we ignore God’s call. He said, “the uncalled life is an autonomous existence in which there is no intrusion, disruption, or redefinition – no appearances or utterances of the Holy. That all sounds very predictable, but it’s not faithful.”

Our culture confirms that we should be independent, autonomous, self-sufficient. The goal is to make it on our own. But Brueggemann continues, “We are really fooling ourselves if we think we can make this work.”

In the end it is all about whether we have the courage to listen and to respond trusting that wherever we are called – we will never be alone. That’s a promise – direct from God.

This challenging season in which we find ourselves will one day be over. I have to believe that. As a result, not a one of us will be the same – nor will Keawala`i. We, of necessity, will have to become astute listeners – paying close attention to God’s call in our lives as individuals and as a church.

As we listen closely, I invite you to go barefoot with me – to heed the holiness of the call and despite the feeling of helplessness – to sense God’s holy presence that will lead us through the wilderness and into the Promised Land.