"The Way We Were" 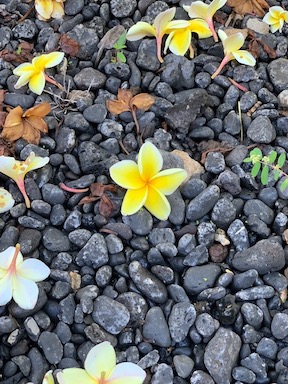 If you are a sucker for drama and romance like I am, you may remember the wonderful 1973 film starring Robert Redford and Barbra Streisand – The Way We Were. Remember it? If nothing else you likely remember the academy award winning song, whose title is the same as the film.

“Memories, light the corners of my mind Misty water-colored memories, of the way we were.”

I invite you to keep those lyrics in mind as we drop into this story – also a romantic drama – a love story between God and God’s people as Moses led the Israelites out of captivity – through the Red Sea – and now on the long and arduous journey toward the Promised Land.

It was all good at first. Their God – the all-powerful Yahweh – had opened the door to liberation – the freedom they longed for. God gave them Moses to speak truth to power in confronting Pharaoh. God visited the plagues upon the Egyptians which eventually broke Pharaoh’s spirit forcing him to release them from captivity. God made a way out of no way when they were trapped between the Egyptian army and the Red Sea by parting the water - giving them a safe passageway and then closing it upon the Egyptian army.

They sang and rejoiced as their God was victorious – and they were heading to their new home. Love, drama, and song – all the makings of a great movie.

But about a month into the trip the songs began to die. The excitement had worn off. And with their destination still not in view they started to wonder whether they had made a huge mistake. While they tried as hard as they could to maintain faith in their fearless leader who reassured them this was all a part of God’s plan, in reality they were exhausted, hungry, and scared. And you know what happened next.

It began as a quiet murmur. As Zach said to his friend Naomi, “I don’t this think is going so well, do you?” To which she replied, “You know, I was thinking the same thing to myself. We haven’t heard anything from God lately, have we?”

The murmurs continued and soon began to grow. They occurred more frequently and became a little louder until they finally erupted into stern complaints. “Oy, it was so much better back in Egypt. Sheesh, at least there we had as much food as we wanted.” But their anger needed a target – even though they were frustrated with God, it was Moses they accused – God’s chosen leader, “We’re starving. You. You’re the one who has brought us out here into this WILDERNESS to kill us all with hunger.”

Moses was caught between God and the people. He was in the unenviable position of trying to remain steadfast while, I’m sure, he harbored some of the same doubts himself. [Pause]

It’s times like that when we remember – “the way we were” – “the good old days” – how, in our “selective memory” life was so much better … back then – a life to which we so badly want to return. But can we? [Pause]

The other day on our Wednesday Zoom gathering I introduced this passage to those who joined us. Kahu Danette Kong offered the image I found quite helpful, and one I’d like to share with you. She spoke of the caterpillar who, as some point in her life, enters a period of dying and rebirth – we know this as the cocoon or chrysalis phase of the life-cycle. When the butterfly emerges, she leaves behind that container in order to become that which she was destined to be. Does she look back longingly. I have no idea. But what we do know is, she cannot ever return to what was. In this process, the old must die (in a way) in order for the new life to emerge.

I invited the group to keep that image (and this particular passage) in mind as we consider the gift being offered to us today as we walk through this challenging period in world history.

I believe there are many lessons we can learn from the pandemic that has stopped all of us in our tracks – a new reality which has forced us to live in a kind of cocoon for this phase of our lives.

I cannot pretend to understand what the caterpillar goes through during this essential phase in its life as it journeys toward a whole new way of being, but I do know my own experience. A big part of me wants to go back to the way things were – to the familiar – no matter how bad it was, surely it was better than now. As Barbra Streisand sings, “It’s the laughter – we will remember – whenever we remember – the way we were.” [Pause]

Oh, but was it THAT good? We can so easily fall prey to “selective memory.” The Israelites sure did. Yet, Streisand reminds us, earlier in the song, “Memories may be beautiful and yet,”

Do you remember the line? “What’s too painful to remember – we simply choose to forget.”

It’s such a GREAT line.

Friends, as much as we’d like, we can never REALLY go back. I think we know that cognitively (point to head), but we resist it with every fiber of our being. [Pause]

What we are going through (individually and as a church) is a slow but sure and steady evolutionary process. We are changing. The world is changing. And, the church – at large – of necessity, will have to change if it is going to survive. We cannot – nor should we want to be “The way we were.”

As painful as it has been to live through various phases of lockdown during these past 6 ½ months, I find this period to be incredibly illuminating and instructive when I’ve gotten beyond fighting it and, instead, look directly into what is taking place. I say this completely aware of the painful realities Covid-19 has wrought thousands of families who have experienced physical and economic losses – the full impact of which we have only begun to appreciate. But consider the gift it has given us as a kind of “wake-up” call – forcing us to be still and to reflect on our lives as individuals – AND – as a church. If we miss that opportunity – we will have missed the silver lining of our time in the wilderness.

Allow me to focus on the church for just a moment – our church. I want to speak mainly to my parishioners at Keawala`i at this point in time. Many of you have had the privilege of living through some of the most wonderful years in this congregation’s history. You have been led by an incredibly capable pastor. You have been blessed with resources of talent and treasure from the countless souls who have walked through these doors – many still with us. Others, gone.

These walls have provided a safe haven for worship, concerts, weddings, memorials, rehearsals, and opportunities simply to sit and “talk story.” For many of you this is the place of memory that you so badly want to return to and recreate that which used to be. Who wouldn’t want that? BUT – that will not happen.

I hasten to add, that doesn’t mean it’s all gone. Not by any means. But we need to, in fact, heed the lesson of the caterpillar to understand what we are going through. During this period, we must learn that we may need to let some things go – to die – in order to allow that which is destined – to emerge, and to do so in the form of new life.

We need not throw the “baby out with the bathwater.” Look closely at a butterfly – you see that the main part of its body looks vaguely familiar to its former shape as a caterpillar. Keawala`i will always maintain those essential aspects of its life – it’s unique ethos which makes it the church that we proclaim in our mission statement. But if we try to go back – to recreate solely what was, “the way we were” we will not live long into the future. You see, there’s a butterfly longing to emerge! And it looks different than what was.

As I told our parishioners the other day on Zoom, my role as your interim pastor is to walk with you through this time in the cocoon. It’s not going to be easy. Like life in the wilderness – life in the cocoon is not a lot of fun. But, it is a time for reflection. A time to become fully aware of the best qualities of Keawala`i that we want to take into the future AND those things we need to let go – they may have been good for a season, but our new wings may no longer support them.

This will be a season of discernment as we listen with the ear of the heart and the mind of Christ – AND – as we pay attention to what God is calling forth in our church as it seeks to serve in new and unimagined ways.

And, God will be our guide – giving us exactly what we need – manna – for each step of the way.

There will likely be griping and complaining as we go. I didn’t say this would be easy. But like God cared for the Israelites, God will provide everything we need – just enough to carry us through each day – no more – no less.

So, I invite you to use this time wisely. It’s easy to complain – and I don’t mind being the target. That’s part of the process as well. But the excitement begins when we let all that go and die just a little to what was in order to live into what might be.

There IS a Promised Land ahead. It’s pretty far down the road at this point, but it is there. And God is calling us to move closer and closer – each day.